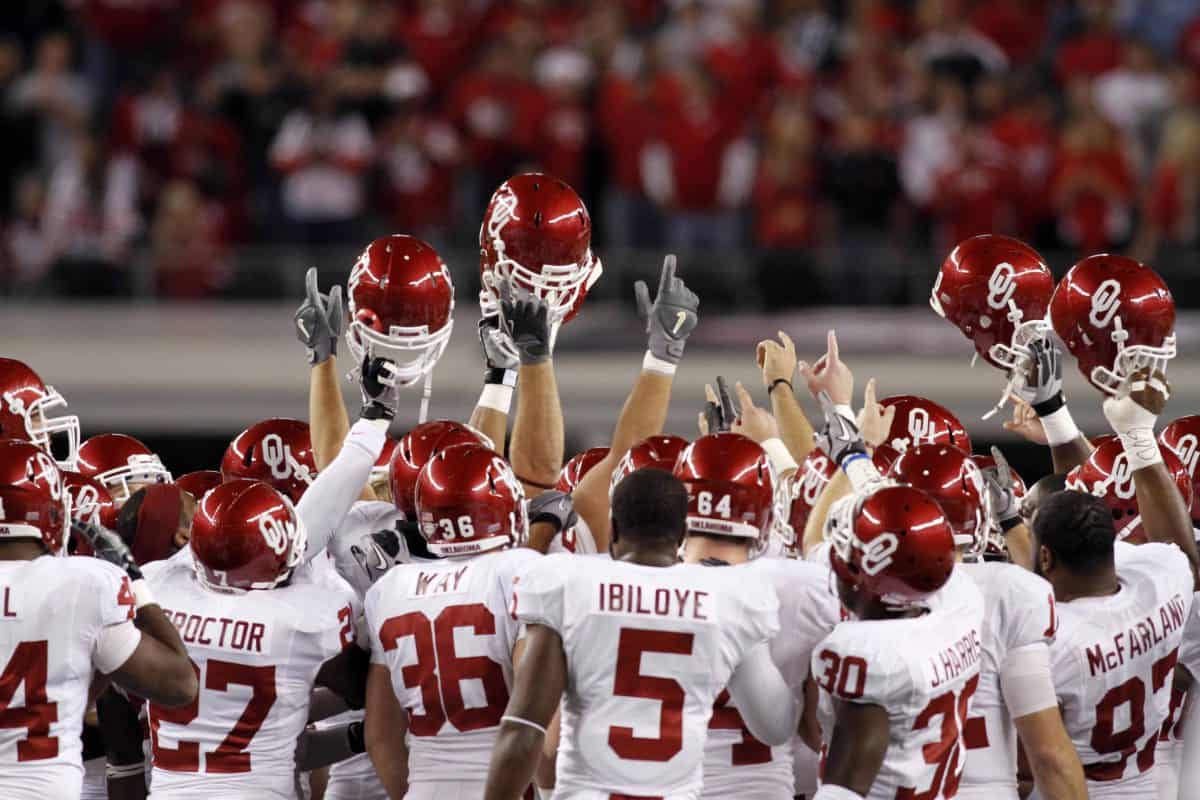 There is much to look forward to in college football.

The reign of the BCS has ended, the dawning of the College Football Playoff is upon us and the 2014 season is only 47 days from kicking off. As an added bonus, the quality of non-conference games is skyrocketing.

Whether it’s because strength of schedule will weigh more heavily with a human playoff committee, or because of the new standards in power-five non-conference play—there are some stellar games scheduled in the near and far-off future.

Take a look at some of the highlights, and try not to salivate.

Next season’s Cowboys Classic will feature only the second-ever meeting between Alabama and Wisconsin. The last time the two met on a football field was 86 years ago in 1928 when the Tide traveled to Wisconsin and lost 15-0.

Alabama—just two years removed from back-to-back national titles in 1925 and 1926—went on to finish the ‘28 season 6-3 under coach Wallace Wade. Wisconsin went 7-1-1 that year, the only loss coming in a 6-0 shutout in the finale vs. Minnesota.

The 2015 game between the Tide and Badgers is slated for Sept. 5 at AT&T Stadium in Arlington, Texas.

The Irish and Longhorns haven’t squared off since just before the BCS era began, 18 years ago in 1996 when Notre Dame traveled to Austin and nipped Texas 27-24.

The Sooners and Buckeyes have only clashed twice in history and last met 31 years ago in 1983 when Ohio State won 24-14 in Norman. The all-time series is split 1-1 with both teams winning on the road in the regular season.

The 2017 Cowboys Classic will mark only the third time in history Michigan and Florida have met on the gridiron. The previous two clashes both came in the last decade and were both played in the postseason—the 2003 Outback Bowl and the 2008 Capital One Bowl.

Michigan is 2-0 all-time against Florida, but the margin of victory is a narrow 79-65.

The Wolverines and Gators are scheduled to square off Sept. 2, 2017 in Arlington, Texas.

Probably the most memorable rematch on the list, USC and Texas’ last meeting came in the iconic 2006 Rose Bowl when Vince Young led the Longhorns to a thrilling 41-38 win in the BCS title game.

That also marked the only time the Trojans have fallen to Texas in history, USC winning the other four contents, all played in the regular season. Before 2006 the two hadn’t met since 1967, a game USC won 17-13 in Los Angeles.

Georgia and Notre Dame have never met in the regular season and have only squared off once before, 33 years ago in the 1981 Sugar Bowl. The Bulldogs won that game 17-10, capping off a 12-0 season and a national championship.

Notre Dame is 26-18 all-time against the SEC and hasn’t played an SEC foe since getting pounded 42-14 by Alabama in the 2012 BCS title game. The last time the Irish beat an SEC opponent was in 2005 when they drilled Tennessee 41-21.

Oregon and Texas A&M have never met in football, making their future series all the more exciting.

The year after the Ducks travel to Texas to play the Aggies, they will welcome Ohio State to Eugene for the ninth-ever meeting between the two schools.

Oregon has never beaten Ohio State in a series that stretches back to 1958 when the Buckeyes triumphed 10-7 in the Rose Bowl. The last meeting came in the 2010 Rose Bowl—Ohio State won 26-17—and the other six games were played between 1961 and 1987 in the regular season. The two have only met in Eugene once—in 1967—when the Buckeyes won 30-0.

Perhaps the most exciting future matchup on the list, the Nebraska-Oklahoma series revives an 86-year old rivalry that ended when the Cornhuskers left the Big 12 for the Big Ten after the 2010 season.

The Huskers and Sooners met consecutively from 1928 to 1997 and shared conference homes in the Missouri Valley, Big Six, Big Eight and Big 12. The two powerhouses were both ranked in the Top 10 for 18 of their meetings and 12 times the winner of the game went on to win a national championship.

All three of Texas and Ohio State’s previous meetings have happened since 2005. The two played a home-and-away series in 2005/2006 and last met in the 2009 Fiesta Bowl. The Longhorns hold a 2-1 all-time advantage but have been outscored 67-56 over the three games.

Though the future dates are eight years away, it’s likely both squads will be talent-rich contenders when they meet. The first game is slated for Sept. 17, 2022 at Texas and the second Sept. 16, 2023 at Ohio State.

If you look outside the P5, I think the BYU vs. Houston game on ESPN September 11 looks to be a great game. One thing is certain….the Cougars will win!

Nobody cares about teams from the WAC & C-USA.

Is your name really Bama billy Bob? Hehe. Bet you didn’t even go to Bama. Too bad the JC you got an associate from doesn’t have a team.

or the MAC, Mountain West, and the Sun Belt.

The WAC no longer exists.

General consensus is that BYU & Boise State are the only relevant mid major teams outside the Power Five conferences.

Though I am a Pittsburgh Panther Fan, I still root for the smaller schools and Conferences against every Power 5 School except when they play Pitt! “Let’s Go Pitt, Penn State,and WVU”!!!

and what do you want to bet most of these games will change dates because the panzies in the SEC are to scared, rumors have it Alabama is wanting out of the Wisconsin game so they can schedule Walla Walla Community College. Because they play such a grueling SEC schedule, funny thing is at 26 I dont remember Kentucky ever beating Alabama, and only once in the last decade do I remember South Carolina beating Alabama, not to mention the Mississippi and Mississippi State teams always getting destroyed by the Georgias and the LSUs of the world

“Alabama is wanting out of the Wisconsin game so they can schedule Walla Walla Community College”. You really made this commit?