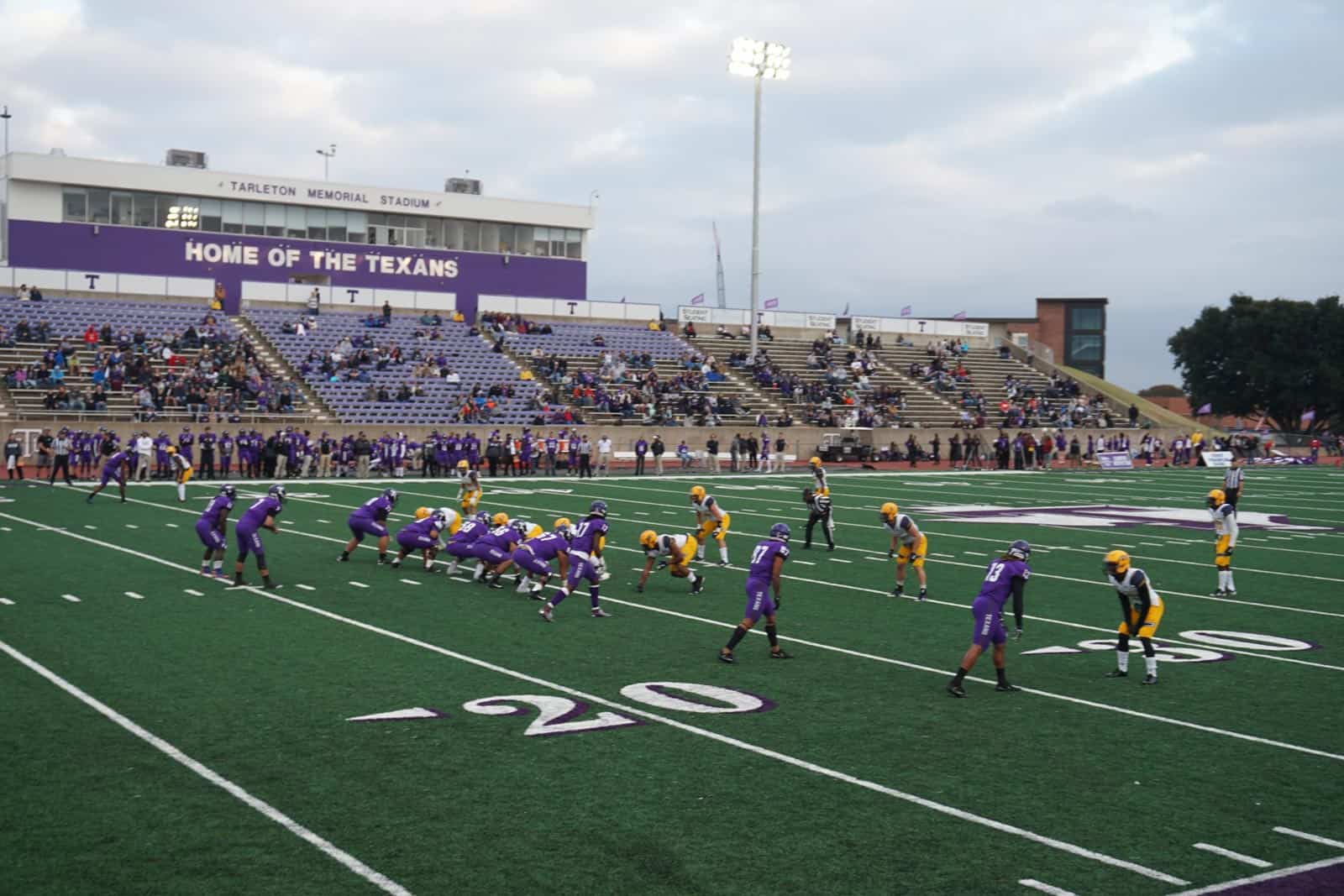 The Tarleton State Texans have scheduled home-and-home football series with the North Alabama Lions and the Central Arkansas Bears for the 2022 and 2023 seasons, FBSchedules.com has learned.

The only two gridiron meetings between Tarleton State and North Alabama came in a home-and-home series back in 2012 and 2013. The Texans won on the road in the first game, 38-28, before falling to the Lions the following season at home, 44-7.

Tarleton State will travel to take on the Central Arkansas Bears at Estes Stadium in Conway, Ark., on Saturday, Oct. 1, 2022. The series will conclude when the Bears return the trip to Memorial Stadium in Stephenville the following season on Saturday, Sept. 30, 2023.

The 2022 Tarleton State-Central Arkansas contest will mark the first-ever meeting between the two schools on the gridiron.

Tarleton State is currently a Football Championship Subdivision (FCS) Independent. The Texans will begin play in the Western Athletic Conference (WAC) in the fall of 2022 as the conference is reinstating football.

Central Arkansas departed the Southland Conference and will play the fall 2021 season as part of the AQ7, which is a scheduling alliance between the ASUN and Western Athletic Conference (WAC). The Bears will begin play in the ASUN conference in the fall of 2022.

North Alabama is currently a member of the ASUN conference, but their football program competes in the Big South Conference. With the ASUN adding football, the Lions will move to that conference next fall.