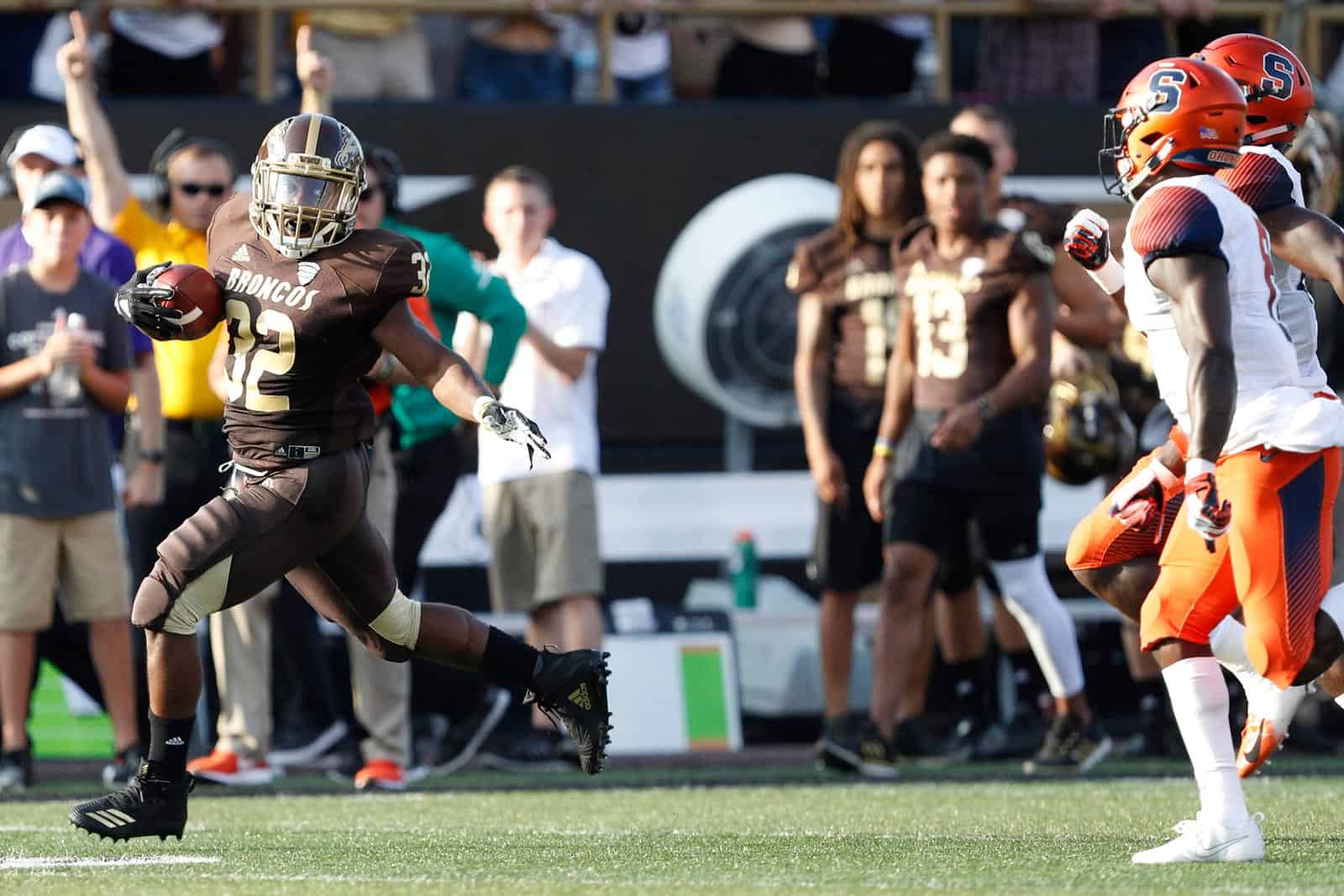 The Syracuse Orange and the Western Michigan Broncos have scheduled a home-and-home football series for 2020 and 2023, both schools announced on Wednesday.

In the first game of the series, Syracuse will travel to take on Western Michigan at Waldo Stadium in Kalamazoo on Sept. 26, 2020. The Orange will then host the Broncos three seasons later at the Carrier Dome in Syracuse, New York, on Sept. 9, 2023.

“We work diligently each season to balance our schedule with non-conference games that prepare our team for the rigors of the ACC,” Syracuse Director of Athletics John Wildhack said. “Western Michigan is a quality program, who gave us a very competitive game last season. We are excited to continue the series.”

Syracuse and Western Michigan began a home-and-home series last season in Kalamazoo with the Orange coming out on top 55-42. The two schools are slated to complete the series this season at Syracuse on Sept. 21.

The addition of the series with Western Michigan tentatively completes Syracuse’s non-conference schedule for 2020. Other games scheduled for the Orange in 2020 include a road game at Rutgers (Sept. 12) and home contests against Colgate (Sept. 18 or 19) and Liberty (Oct. 17).

Syracuse now has three non-conference games scheduled for the 2023 season. Other games include away against Purdue (Sept. 16) and home against Army (Sept. 23).

“We always strive to provide our fans an opportunity to watch the Broncos take on Power 5 opponents in Kalamazoo,” said WMU head coach Tim Lester. “These two series bring two of the most historic programs in the country into Waldo Stadium and we couldn’t be more excited for the challenge.”

Syracuse is the third announced non-conference opponent for Western Michigan’s 2020 schedule. The Broncos are scheduled to play at Cincinnati (Sept. 12) and Notre Dame (Sept. 19) that season.

The only other contest currently scheduled for WMU in 2023 is at Iowa on Sept. 2 to open the season.

“Balance our non league schedule to adjust to the rigors of the ACC”-translation, get the mosty number of patsy’s possible.
Rutgers, Ohio, Liberty, Western Michigan-weren’t the Little Sisters of the Poor available?