Syracuse to open 2021 season vs. Albany 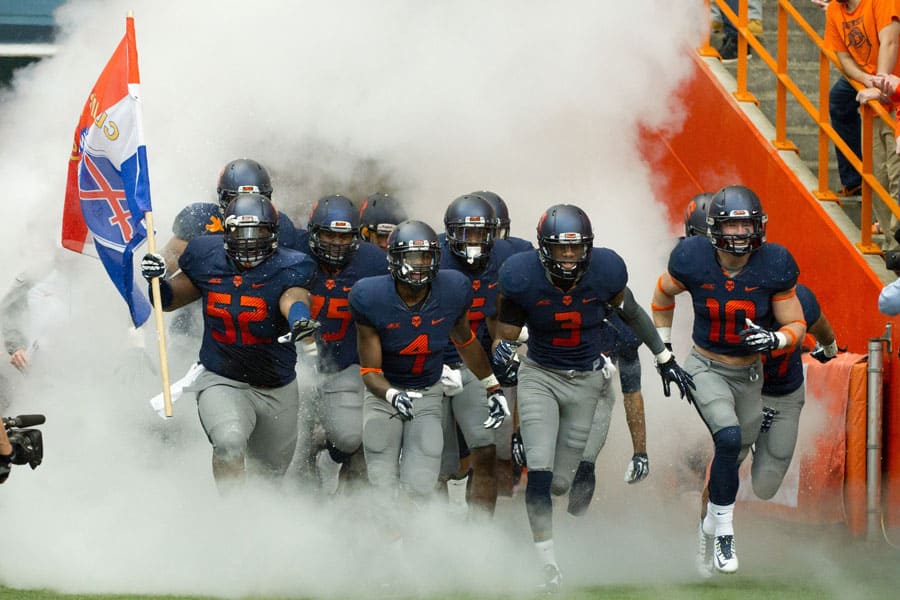 The Syracuse Orange will open the 2021 season against the Albany Great Danes, the two schools announced on Tuesday.

Syracuse will host Alabany at the Carrier Dome during the opening weekend of the 2021 season. The exact date is to be determined.

“This is a great matchup for college football fans in New York,” Syracuse Director of Athletics John Wildhack said. “Albany has been a competitive FCS program for a numbers of years. Both teams have outstanding support across Upstate New York and it’s an exciting opportunity to engage both fan bases.”

Albany is a member of the Colonial Athletic Association (CAA) in the Football Championship Subdivision. Last season, the Great Danes finished 7-4 overall and 4-4 in CAA play.

“We’re very excited to be playing an FBS team here in New York state,” UAlbany head coach Greg Gattuso said. “It will be a great challenge for our football team and also an exciting game for our fans. It’s another sign of the continued progress of our program.”

Syracuse now has three non-conference games scheduled for the 2021 season. The Orange are also scheduled to host Wisconsin on Sept. 11 and Liberty on Sept. 25.