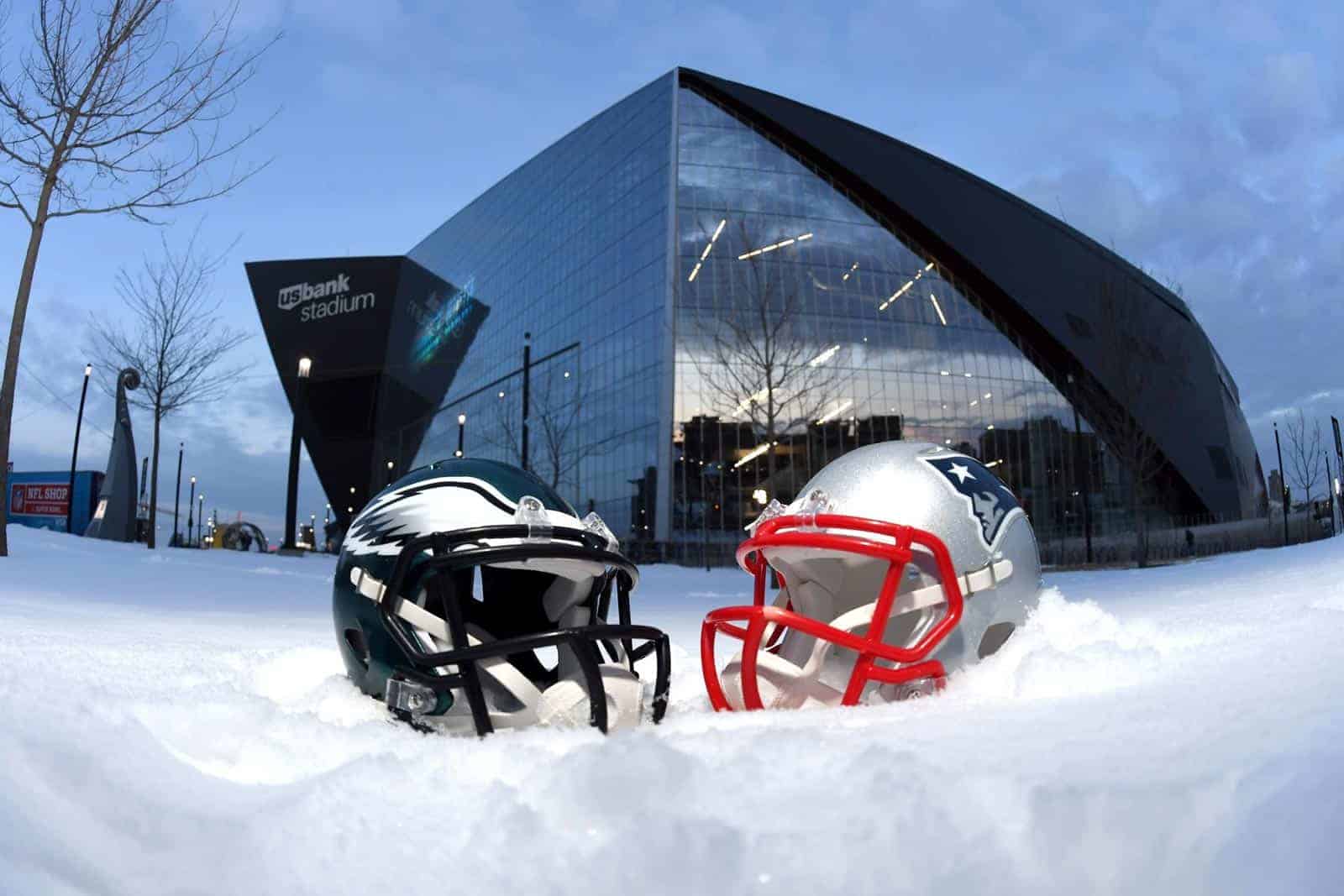 U.S. Bank Stadium in Minneapolis, Minnesota will host Super Bowl LII between the Eagles and Patriots on Sunday, Feb. 4, 2018 at 6:30pm ET (NBC).

Philadelphia (15-3) advanced to the Super Bowl after defeating the Atlanta Falcons 15-10 in the Divisional Round and the Minnesota Vikings 38-7 in the NFC Championship Game.

New England (15-3) made it to the big game by defeating the Tennessee Titans 35-14 in the Divisional Round and the Jacksonville Jaguars 24-20 in the AFC Championship Game.

This will be Philadelphia’s third Super Bowl appearance and New England’s tenth. The Eagles are 0-2 overall, while the Patriots are 5-4.