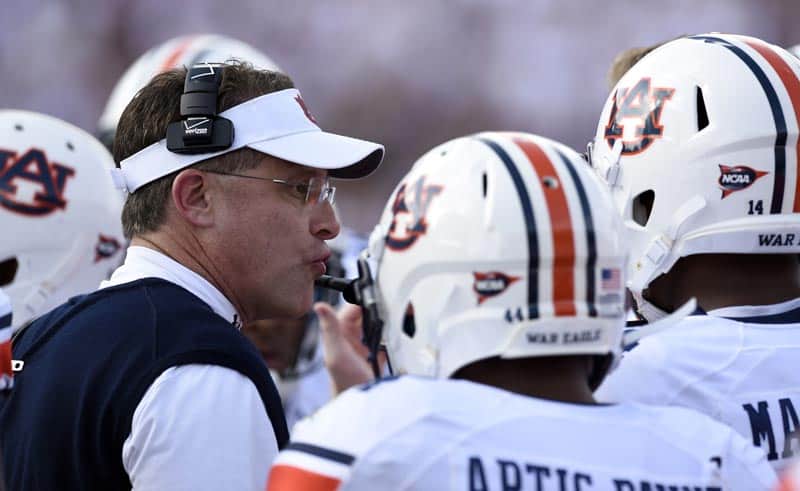 Most FBS teams have played six games already, which means we’ve reached the mid-point of the 2014 college football season. Let’s review the strength of schedule rankings (SOS) as they stand now.

For comparison purposes, we will use Phil Steele’s preseason strength of schedule rankings. Click the title to view the complete rankings for each source:

NCAA (vs. FBS, games played only)

This NCAA ranking is based solely on the winning percentage of past opponents. Iowa State’s past opponent’s (Kansas State, Iowa, Baylor, Oklahoma State, Toledo) have a combined 16 wins and four losses. Mississippi State’s opponents have a 20-7 record.

This NCAA ranking is based solely on the winning percentage of past opponents and future opposition. Auburn’s opponents have 41 wins and 13 losses. Mississippi State’s opponents have 38 wins and 17 losses. As you can see, Iowa State’s schedule becomes less difficult as the season progresses.

Anderson & Hester’s strength of schedule rankings are led by the SEC with six teams. The Pac-12 follows with two. South Carolina has played the toughest schedule according to this computer index.

SMU tops the strength of schedule rankings in the Colley Matrix and was 6th in Anderson & Hester. SMU is followed by South Carolina and Auburn, who are ranked near the top in most indexes. See Colley’s site for an explanation of FCS Groupings.

Jeff Sagarin also has the Georgia Bulldogs ranked first. Ole Miss comes in second and is actually ranked in the Top 5 of each computer ranking. Ole Miss (3-3, 1-3 SEC) has faced Vanderbilt, SE Missouri State, Texas, No. 1 Alabama, No. 24 Auburn, and No. 7 Texas A&M.

Auburn tops the strength of schedule rankings in the Colley Matrix, followed by South Carolina and Iowa State. Auburn schedule has been in the top four of each index.

Looking at each of the rankings, Auburn has played arguably the toughest schedule. The Tigers are first in two rankings (NCAA – games played and future games and Kenneth Massey). Auburn’s 2014 schedule was ranked 5th in Phil Steele’s preseason rankings.

SEC teams also have played the toughest schedules so far according to the rankings. They are listed first in four of the computer rankings and have the most teams in each Top 10.

I think the West Virginia Mountaineers have played the hardest schedule so far this season so far and still have most of the season against ranked opponent’s and also has played 3 top 5 opponent’s already this season.