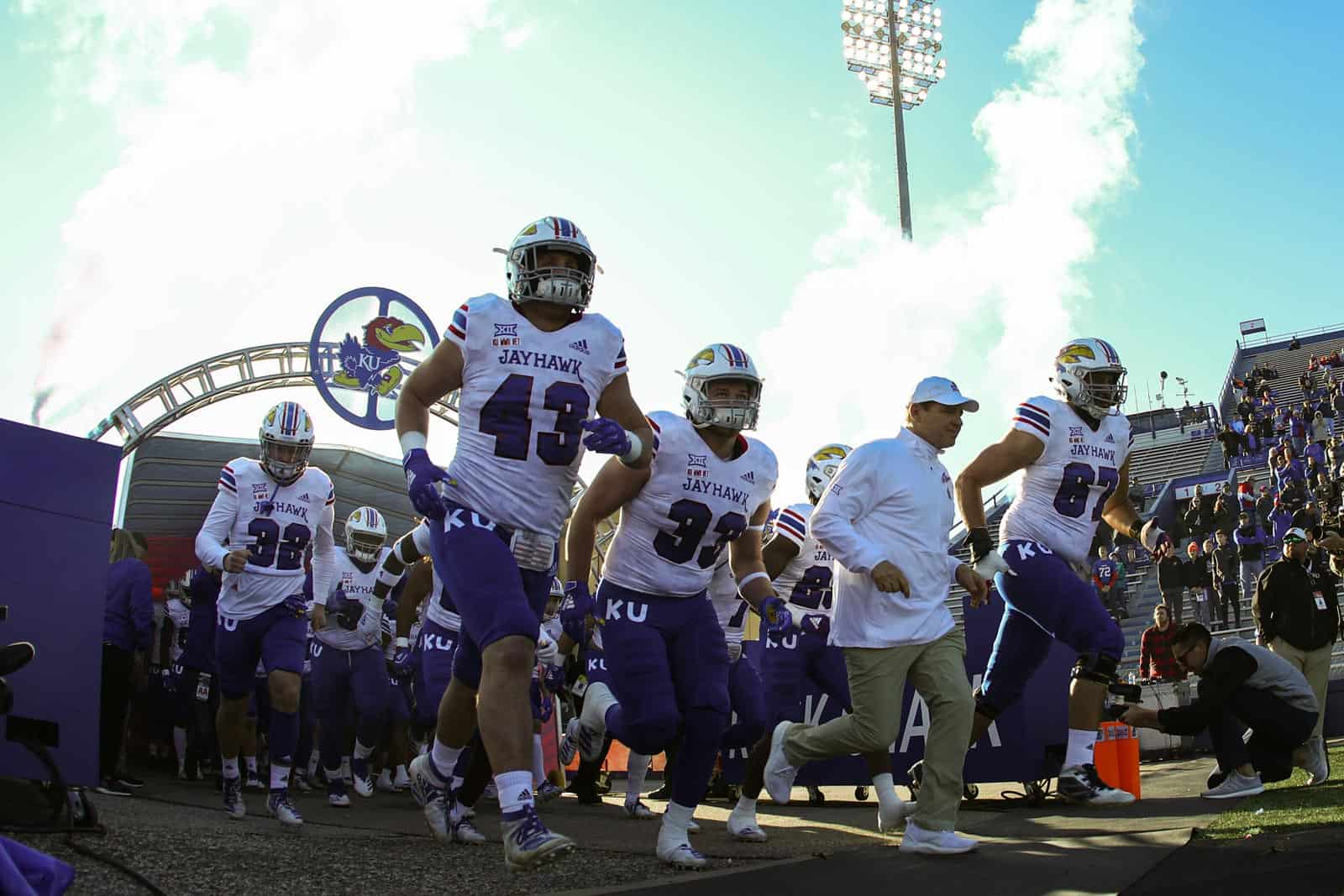 The Stephen F. Austin Lumberjacks will play at the Kansas Jayhawks in 2025, FBSchedules.com has learned.

A copy of the football game contract was obtained from Stephen F. Austin State University via a state public records request.

Stephen F. Austin will travel to take on Kansas at Memorial Stadium in Lawrence, Kansas, presumably during week one of the 2025 season (Aug. 28-30). The contract stipulates that the game will be played in either Week 1 or Week 2. However, Kansas scheduled a series with Missouri that includes a game in Week 2 (Sept. 6) after the Stephen F. Austin contract was signed.

The Lumberjacks will receive a $450,000 guarantee for playing the game, according to the copy of the contract. Stephen F. Austin and Kansas have never squared off on the gridiron.

With the addition of Stephen F. Austin, Kansas has tentatively completed their non-conference schedule for the 2025 season. The Jayhawks are scheduled to open the season in Week Zero on Aug. 23 at home against Fresno State.

As previously mentioned, Kansas will play at in-state rival Missouri on Sept. 6, 2025, which is the first of a four-game, home-and-home series that also includes matchups with the Tigers in 2026, 2031, and 2032.