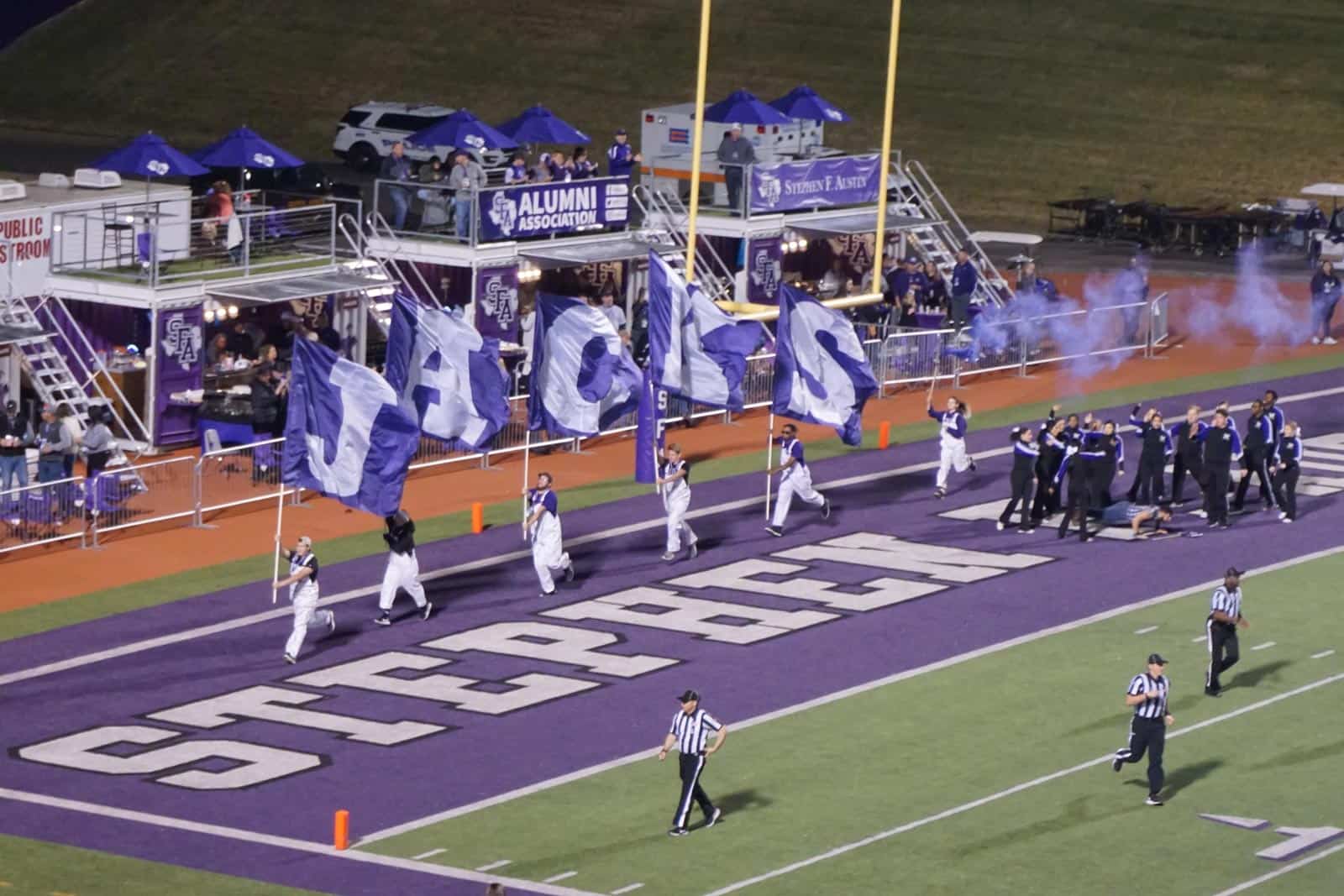 The Stephen F. Austin Lumberjacks have announced their 2023 football schedule, which includes five home games and a trip to Troy among the 11 total games.

SFA’s conference schedule in 2023 will be a mixture of ASUN and Western Athletic Conference teams, dubbed “ASUN-WAC.” The two conferences, which consist of nine football-playing members, formed the joint association to ensure NCAA championship access.

The ‘Jacks play back-to-back road games to start October. A visit to Utah Tech is slated for Saturday, Oct. 7, with a road outing at Central Arkansas — an ASUN-WAC opponent that does not count in the league slate — set for Saturday, Oct. 14. Abilene Christian visits on Saturday, Oct. 21, before Stephen F. Austin partakes in its off week on the final Saturday of the month.

SFA travels on two of the three November dates on its slate. The Lumberjacks start November with an in-state trip to Tarleton State on Saturday, Nov. 4. Southern Utah then visits Nacogdoches for SFA’s final home game of the year on Saturday, Nov. 11. The 2023 campaign comes to a close with a trip to Roy Kidd Stadium in Richmond, Ky., to battle Eastern Kentucky on Saturday, Nov. 18.

Below is Stephen F. Austin’s complete schedule for the 2023 season, plus a link to their schedule page which will be updated with kickoff times and TV as they are announced:

Stephen F. Austin finished the 2022 campaign 3-1 in the WAC (6-5 overall). The Lumberjacks were co-champions of the WAC, but did not make the FCS playoffs.