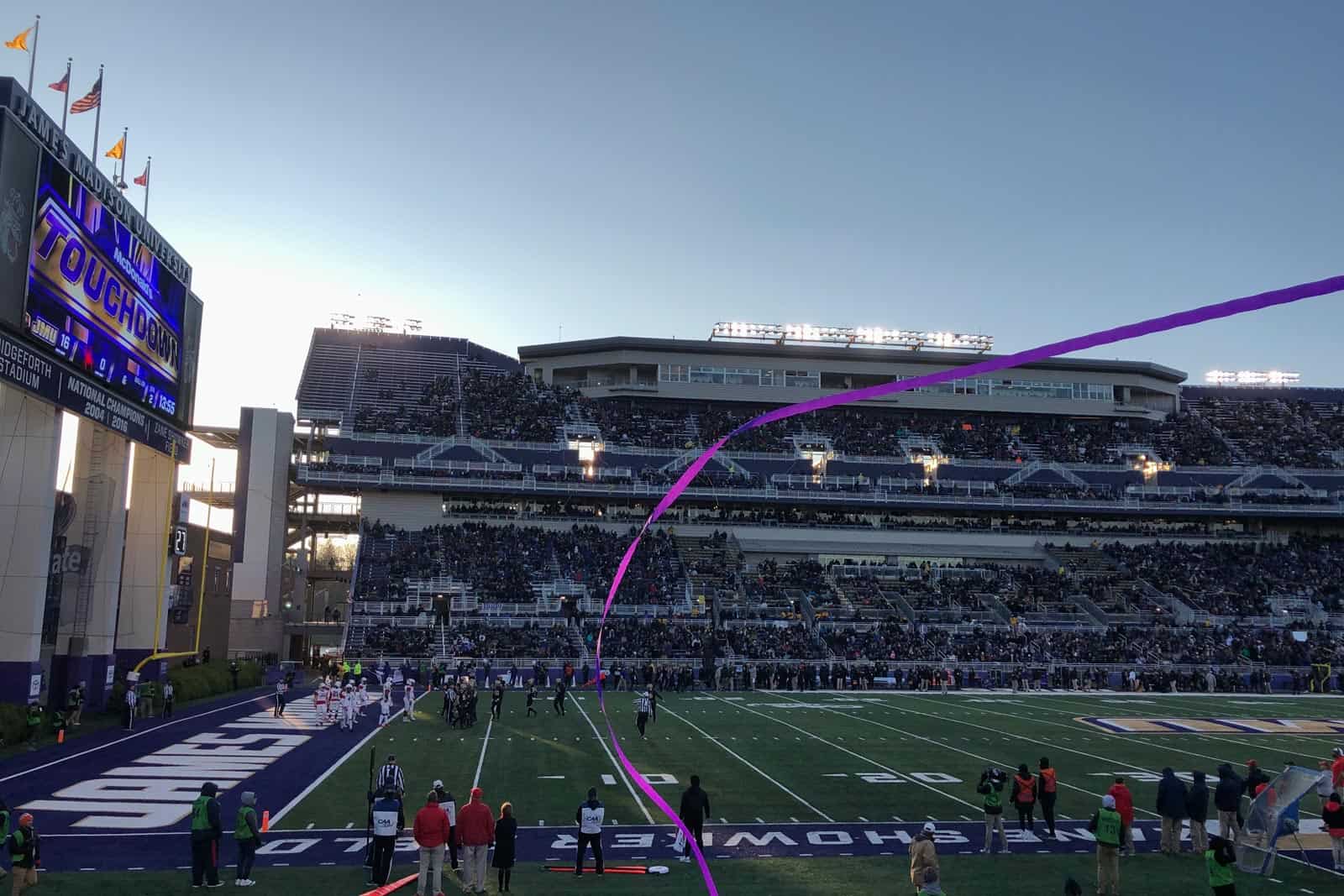 The Spring 2021 FCS Playoffs continue this weekend with four quarterfinal games on the schedule. All four contests are slated for Sunday, May 2.

Quarterfinal round actions begins at 3:00pm ET on Sunday with the fourth-seed Jacksonville State Gamecocks hosting the Delaware Blue Hens at Burgess–Snow Field at JSU Stadium in Jacksonville, Ala. The game will be streamed live via ESPN3.

Also at 3:00pm, the North Dakota State Bison will travel to take on the second-seed Sam Houston State Bearkats at Bowers Stadium in Huntsville, Texas. That contest will be televised nationally by ESPN.

Three hours later at 6:00pm ET, the James Madison Dukes play host to the North Dakota Fighting Hawks at Bridgeforth Stadium in Harrisonburg, Va., and the game will be broadcast by ESPN2.

Quarterfinal round FCS Playoff action wraps up on Sunday evening with the No. 1 seed South Dakota State Jackrabbits hosting the Southern Illinois Salukis at Dana J. Dykhouse Stadium in Brookings, S.D. The game will kickoff at 9:00pm ET and it will be televised by ESPN2.

Winners of the quarterfinal games will move on to the FCS Semifinals and will play on Saturday, May 8.

The Division I Football Championship Game is scheduled for Sunday, May 16, 2021, at Toyota Stadium in Frisco, Texas. ABC will broadcast the contest nationally at 2:00pm ET.