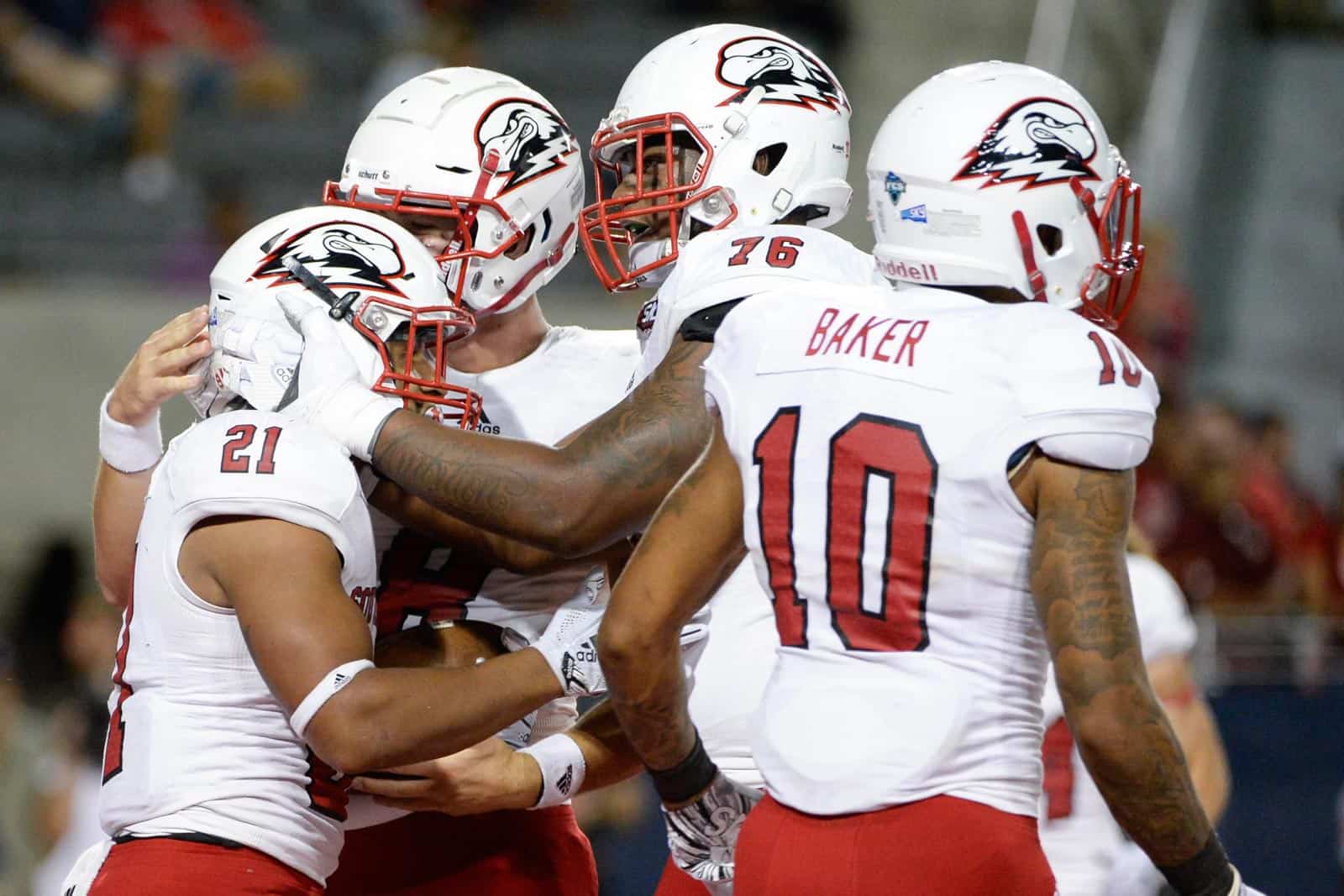 The Southern Utah Thunderbirds have announced their 2023 football schedule, which includes five home games and road games at Arizona State and BYU among the 11 total games.

Southern Utah opens the season with back-to-back road trips against P5 opponents. The Thunderbirds get the season rolling on Thursday, Aug. 31, with a trip to Tempe, Ariz., to take on Arizona State. Nine days later on Sept. 9, the T-Birds will do battle with the BYU Cougars in LaVell Edwards Stadium in Provo, Utah.

The ‘Birds continue to rack up the frequent flyer miles with a visit to UC Davis on Saturday, Sept. 16. The Eccles Coliseum turf finally welcomes visitors for back-to-back home tilts to end September, with Western Illinois visiting on Saturday, Sept. 23, and Central Arkansas arriving one week later on Sept. 30 to start conference play.

Southern Utah’s conference schedule in 2023 will be a mixture of ASUN and Western Athletic Conference teams, dubbed “ASUN-WAC.” The two conferences, which consist of nine football-playing members, formed the joint association to ensure NCAA championship access.

The ‘Birds then hit the road to Memorial Stadium in Stephenville, Texas, to battle Tarleton State on Saturday, Oct. 7. An off week follows, with home dates against Austin Peay (Saturday, Oct. 21) and Abilene Christian (Saturday, Oct. 28) gracing Cedar City to end October.

The final non-league game and home date of the year will kick off November, with Lincoln University (Calif.) visiting on Saturday, Nov. 4, which was previously unannounced. The ‘Birds finish the slate with road dates at Stephen F. Austin (Saturday, Nov. 11) and the Battle for the Ax at Utah Tech (Saturday, Nov. 18).

Below is Southern Utah’s complete schedule for the 2023 season, plus a link to their schedule page which will be updated with kickoff times and TV as they are announced:

Southern Utah finished the 2022 season 1-3 in the WAC (5-6 overall). The Thunderbirds missed the FCS playoffs.