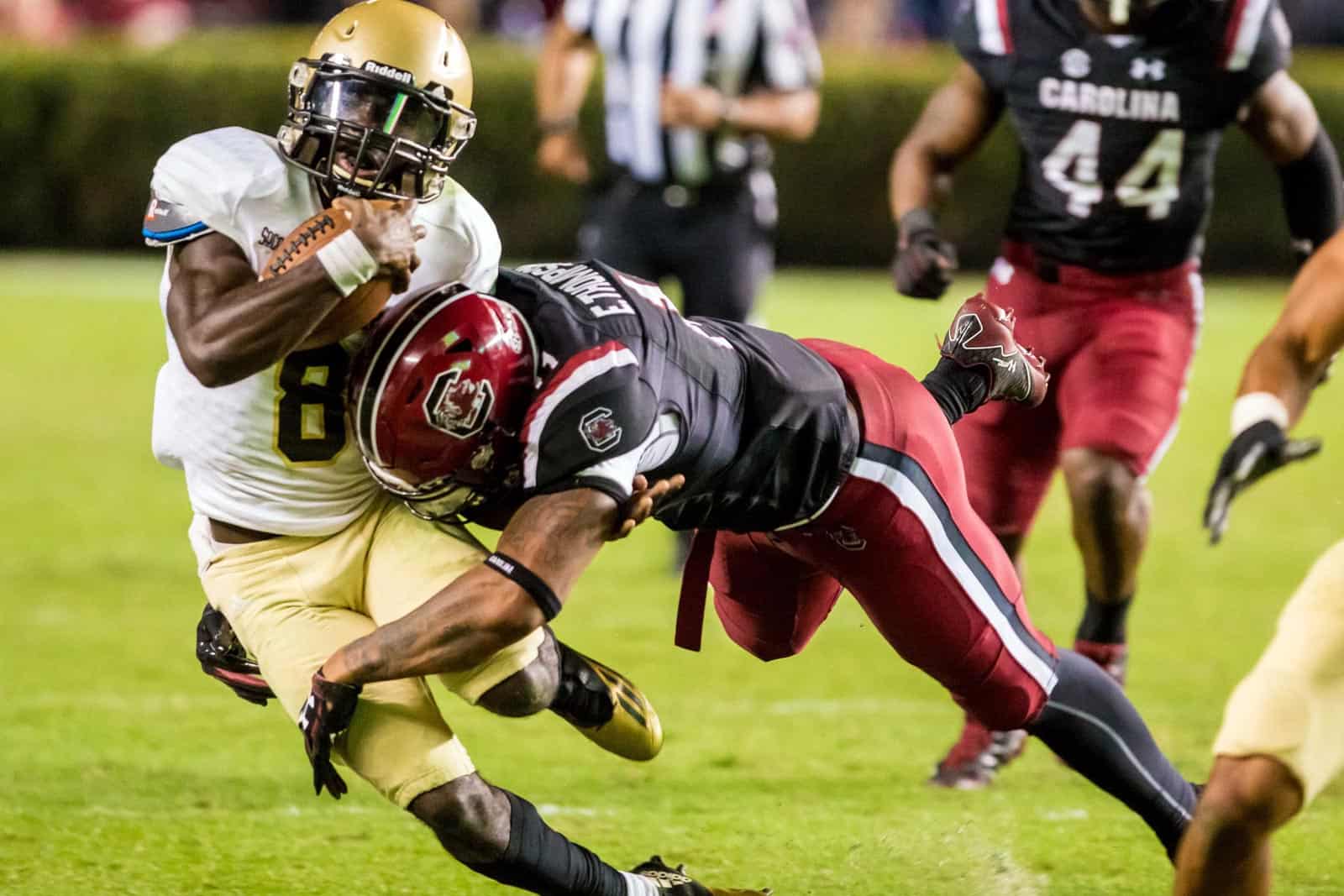 The South Carolina Gamecocks and the Wofford Terriers have adjusted the date of one of their future football games, FBSchedules.com has learned.

South Carolina and Wofford entered into an agreement in August of 2020 to play football games at Williams-Brice Stadium in Columbia, S.C., on Nov. 23, 2024 and then again two seasons later on Sept. 5, 2026.

According to a copy of an addendum to the contract obtained from the University of South Carolina, the game in 2026 has been rescheduled and will now be contested in Columbia two seasons later on Sept. 9, 2028. The Gamecocks will pay the Terriers a $600,000 guarantee for the contest, per the terms of the original agreement.

The game in 2024 remains as scheduled and the Gamecocks will also pay the Terriers a $600,000 guarantee for that contest.

South Carolina has already scheduled a replacement FCS opponent for the 2026 season. The Gamecocks will host the Towson Tigers on Sept. 12 that season, which was announced last month.

South Carolina and Wofford first met on the gridiron in 1895 and have played a total of 24 contests. The two schools met most recently in 2017, which resulted in a 31-10 Gamecock victory. South Carolina currently leads the overall series 20-4.

Wofford College, located in Spartanburg, S.C., is a member of the Southern Conference (SoCon) in the Football Championship Subdivision (FCS). The Terriers won three consecutive conference championships between 2017 and 2019 and have made 10 appearances in the FCS Playoffs, most recently in 2019.