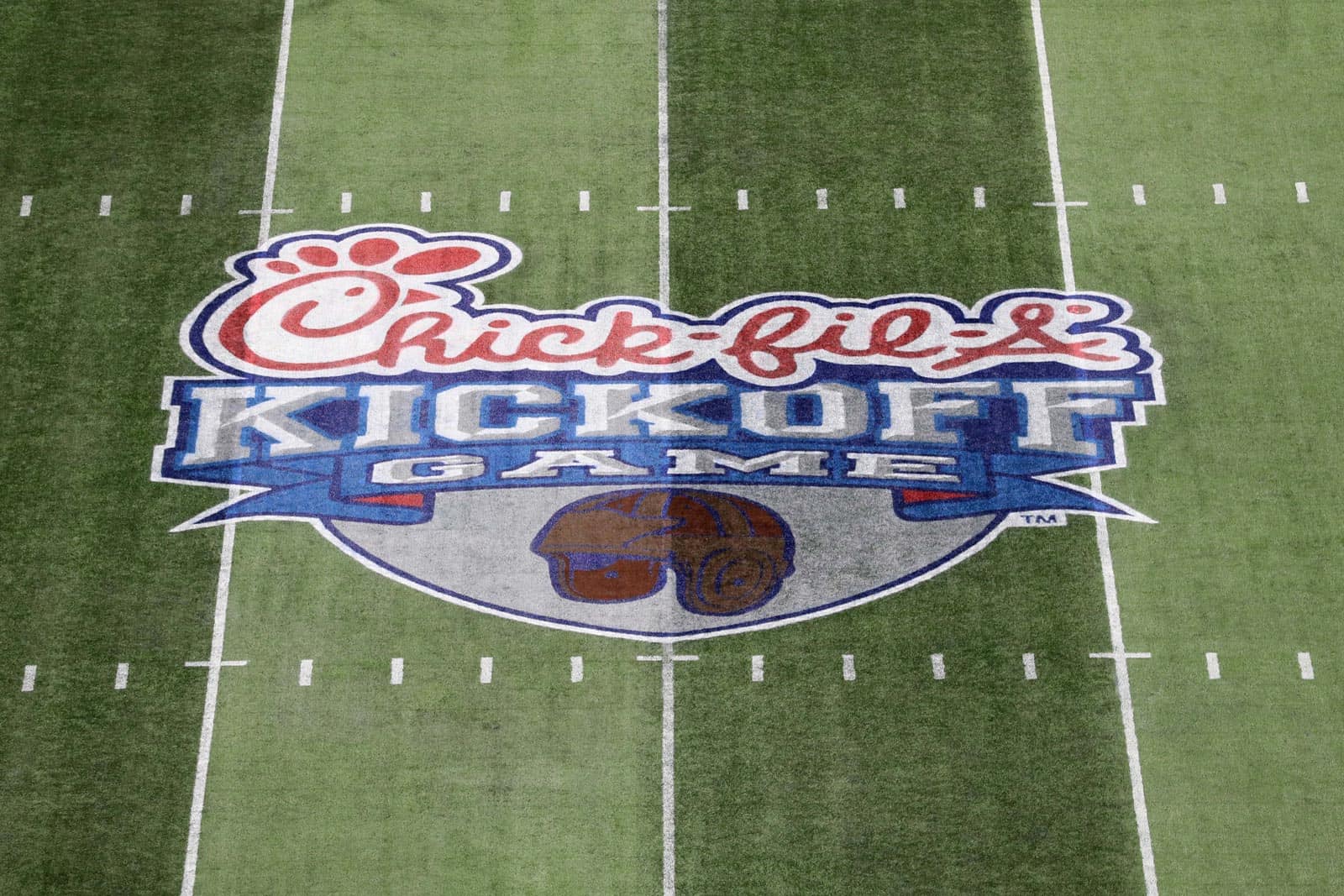 The South Carolina Gamecocks and the Virginia Tech Hokies will play in the 2025 Chick-fil-A Kickoff Game, the Chick-fil-A Peach Bowl officially announced on Friday.

“The Chick-fil-A Kickoff Game has often become a showcase for the ACC and the SEC to face off in a high-profile contest to start the season,” said Bob Somers, Peach Bowl, Inc. chairman. “This matchup looks to continue that tradition and renew an old rivalry between two historic programs.”

Virginia Tech will be playing in their third Chick-fil-A Kickoff Game. The Hokies played and were defeated by the Alabama Crimson Tide in both contests, 34-24 in 2009 and 35-10 in 2013. South Carolina will be making their first-ever appearance in the game.

“It’s an honor to welcome Virginia Tech back to the Chick-fil-A Kickoff Game after 12 years, and we’re looking forward to hosting South Carolina for the first time in the game,” Peach Bowl, Inc. CEO and President Gary Stokan said. “It should be an intriguing matchup with Shane Beamer coaching against his father’s old team. I also fully expect Coach Fuente will have his Hokies ready to play against a formidable SEC opponent.”

“We’re excited to play in the Chick-fil-A Kickoff Game against South Carolina to open the 2025 season,” Tech Director of Athletics Whit Babcock said. “We look forward to showcasing our program in a front of a national television audience in one of the nation’s premier sporting venues, Mercedes-Benz Stadium in Atlanta. I’m confident we’ll see a strong contingent of our fan base cheering on the Hokies in their inaugural game in that facility and visiting the College Football Hall of Fame that weekend. We feel very confident about the strength of our scheduling going forward, as well as its appeal to Tech fans across the country.”

In order to schedule the game against South Carolina, Virginia Tech has either postponed or canceled their Aug. 30 season-opener at Penn State and have pushed back their home game against Vanderbilt one week to Sept. 6.

“We are excited to open our 2025 season against Virginia Tech in the Chick-fil-A Kickoff Game,” said South Carolina Athletics Director Ray Tanner. “It will give our program an opportunity to play in one of the best early season showcases in college football. I know our fans will enjoy this classic non-conference contest in a first-class stadium as we compete for ‘The Old Leather Helmet’ trophy.”

On Wednesday, the Peach Bowl announced that the 2023 Chick-fil-A Kickoff Game will feature the Louisville Cardinals and the Georgia Tech Yellow Jackets.