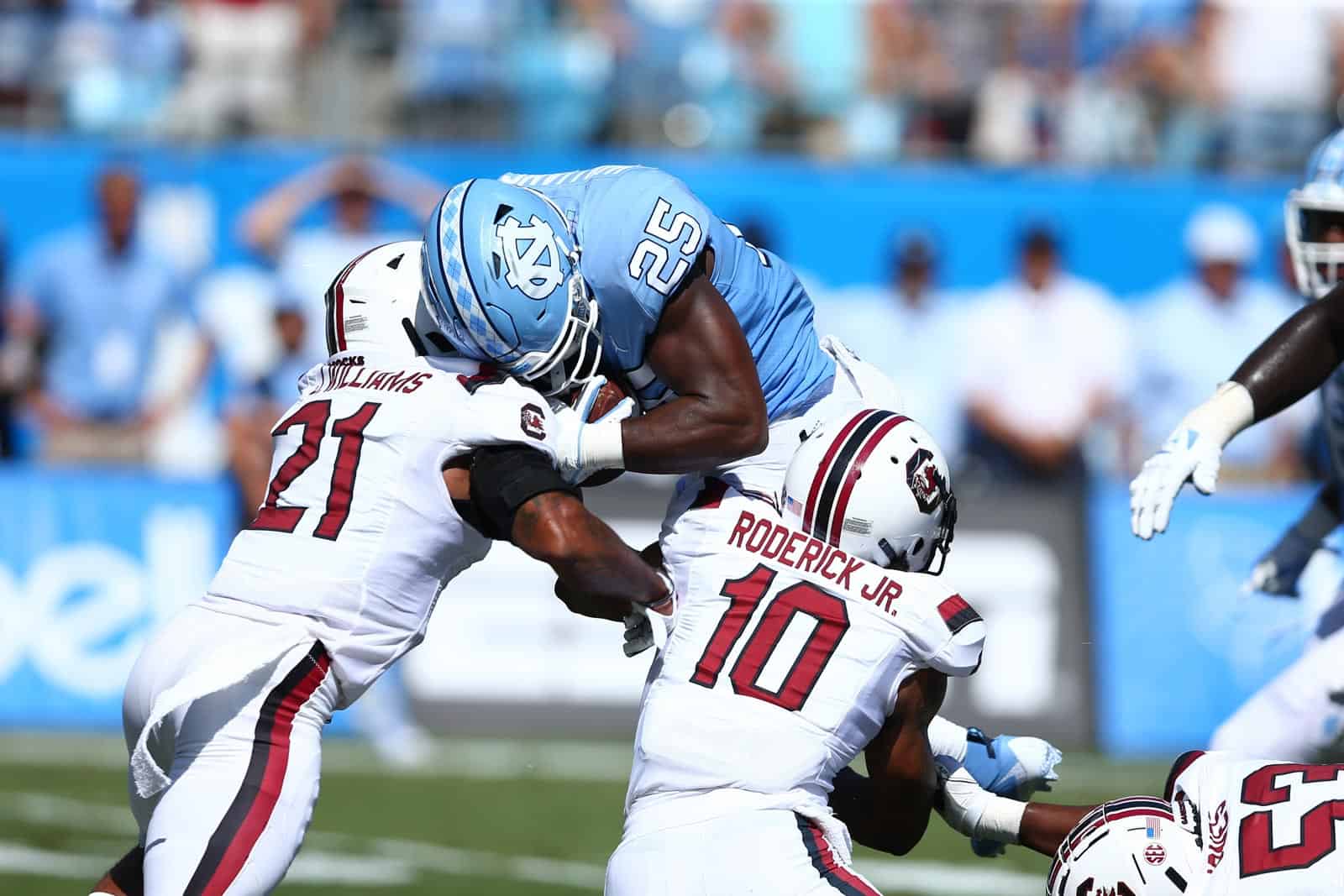 The South Carolina Gamecocks and the North Carolina Tar Heels have scheduled a home-and-home football series for 2028 and 2029, FBSchedules.com has learned.

Before this series kicks off, the two schools will meet in the Duke’s Mayo Classic on Saturday, Sept. 2, 2023 at Bank of America Stadium in Charlotte, N.C. That contest was announced back in 2015.

South Carolina and North Carolina first met on the gridiron in 1903 and have played a total of 58 times. The Tar Heels won the most recent contest in 2019 in Charlotte, 24-20, to snap a three-game losing streak and extend their series lead to 35-19-4.

The Gamecocks now have two scheduled non-conference opponents for the 2028 and 2029 seasons. South Carolina is slated to close both seasons against the in-state rival Clemson Tigers.

South Carolina is the third scheduled non-conference opponent for North Carolina in 2028. The Tar Heels are also scheduled to play at Liberty (Sept. 16) and host James Madison (Sept. 23) that season.