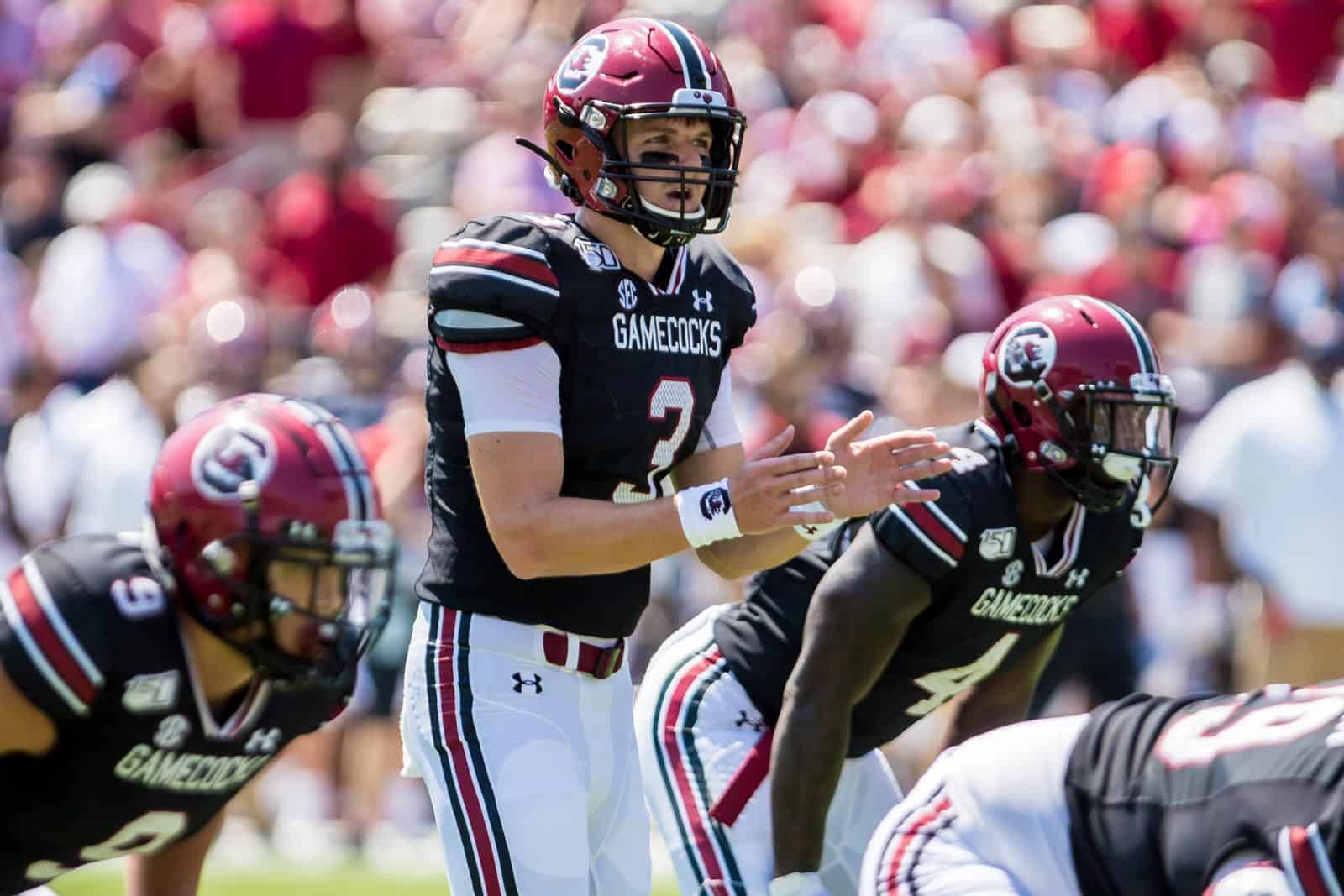 The South Carolina Gamecocks have added the Liberty Flames and the Furman Paladins to their 2023 football schedule, FBSchedules.com has learned.

Copies of contracts for both games were obtained from the University of South Carolina via a state Freedom of Information Act request.

The 2023 contest between South Carolina and Liberty will mark their first-ever meeting on the gridiron.

Liberty is in it’s first season as a full member of the Football Bowl Subdivision (FBS) after completing the two-year reclassification process. The Flames, led by former Ole Miss head coach Hugh Freeze, are 2-2 this season following losses to Syracuse and Louisiana and wins over Buffalo and Hampton.

The Furman Paladins will make the approximately 110 mile trip from Greenville to Columbia take on the Gamecocks on Saturday, September 9 or September 23, 2023. The Paladins will receive a $500,000 guarantee for the contest, per the contract copy.

South Carolina and Furman first met on the gridiron in 1892 and have played a total of 49 contests. In their most recent meeting in 2014, the Gamecocks defeated the Paladins 41-10 to extend their lead in the series to 28-20-1.

The additions of both Liberty and Furman tentatively completes South Carolina’s non-conference schedule for the 2023 season. The Gamecocks are scheduled to open the season against North Carolina at Bank of America Stadium in Charlotte, N.C., and will close the season at home against in-state rival Clemson.

In SEC play in 2023, South Carolina is scheduled to host Florida, Kentucky, Mississippi State, and Vanderbilt and travel to Georgia, Missouri, Tennessee, and Texas A&M.