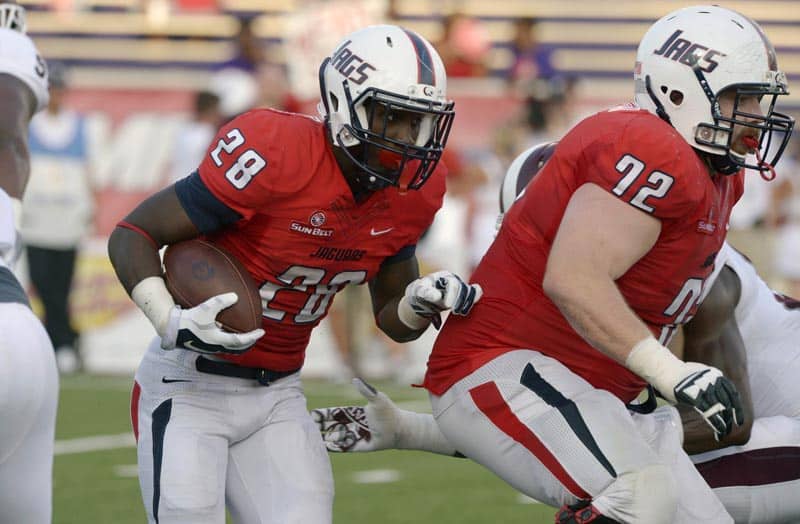 South Alabama completed their schedules by adding home games against Nicholls State for Sept. 24, 2016 and Alabama A&M for Sept. 16, 2017.

The 2017 season for the Jags begins with a trip to face Ole Miss on Sept. 2. South Alabama then hosts back-to-back games against Oklahoma State on Sept. 9 and Alabama A&M on Sept. 16. USA’s final non-conference game in 2017 is slated for Sept. 30 at Louisiana Tech.

You mean that South Alabama did not schedule a game with the Crimson Tide? I thought the Tide were wanting to upgrade their future football schedule.

@Michael… LSU already has dibs on the Jaguars for 2016. Alabama will probably schedule ULL, NM St, or TexasSt. Or maybe a repeat game with ULM which appears to enjoy getting paid for multiple beatdowns each season.

Or Troy. Or UAB. However, Auburn has played Samford frequently through the years. Go figure!

Alabama had rather play Western Carolina and Chattanooga than keep their money in-state by play South Alabama or Troy. UAB need apply.