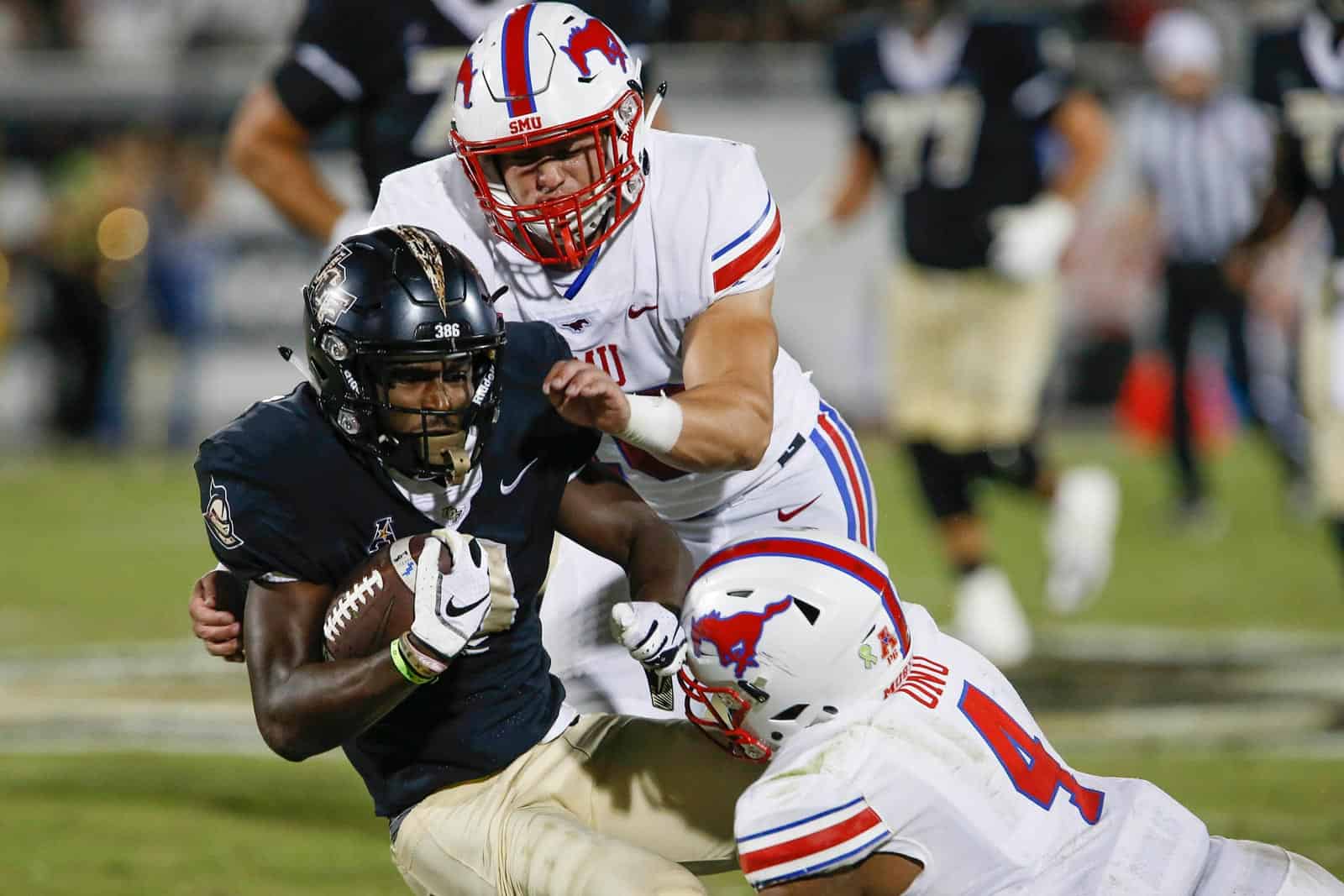 The SMU Mustangs at UCF Knights football game in 2022 has been rescheduled a second time due to the effects of Hurricane Ian, both schools have announced.

UCF was previously scheduled to host SMU at FBC Mortgage Stadium in Orlando, Fla., on Saturday, October 1. On Tuesday, it was announced that the game was being moved to Sunday, Oct. 2 with the kickoff time set for 1:00pm ET.

As a result of Hurricane Ian’s impact to Orlando and surrounding areas, the American Athletic Conference has rescheduled the game for Wednesday, Oct. 5. The game will kickoff at 7:00pm ET / 6:00pm CT and it will be televised by ESPN2.

According to the release from the University of Central Florida, all tickets and parking issued for the game on Saturday, Oct. 1 will be honored for the rescheduled game on Wednesday, Oct. 5.

Hurricane Ian made landfall on the western coast of Florida on Wednesday and could be a Category 4 Hurricane at that time.

SMU-UCF is one of five games across the Football Bowl Subdivision (FBS) that have been rescheduled due Hurricane Ian. SC State at South Carolina was moved up two days to and played last night, while Eastern Washington at Florida was pushed back one day to Sunday, Oct. 2.

East Carolina at USF, previously scheduled to be played in Tampa, Fla., was relocated to Boca Raton, Fla. Georgia Southern at Coastal Carolina in Conway, S.C., remains on Saturday, Oct. 1, but the kickoff time was pushed back from 4:00pm ET to 7:00pm ET.

You can follow all of the Hurricane Ian updates and changes to the college football schedule at FBSchedules.com.