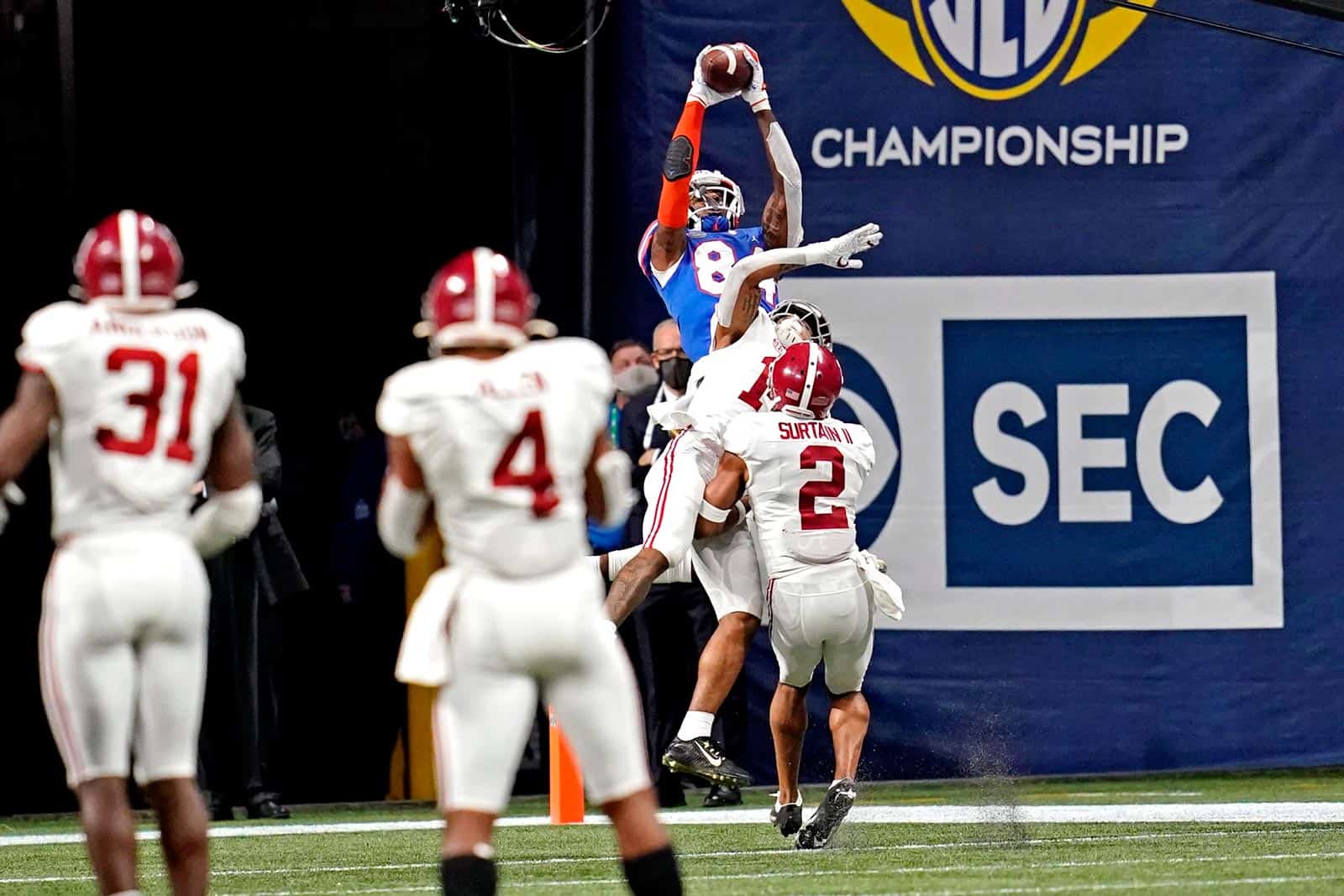 The SEC early season 2021 football TV schedule has been announced. A total of 39 games are now set for the first three weeks of the college football season.

The Tennessee Volunteers will be the first SEC team in action in the fall of 2021 when they host the Bowling Green Falcons at Neyland Stadium in Knoxville, Tenn., on Thursday, Sept. 2. The game will be televised by the SEC Network at 8:00pm ET.

On Labor Day (Monday, Sept. 6), the Ole Miss Rebels will face the Louisville Cardinals in the second Chick-fil-A Kickoff Game in Atlanta. The game will be televised by ESPN at 8:00pm ET.

Conference action gets underway in Week 2 (Saturday, Sept. 11) when the Missouri Tigers travel to take on the Kentucky Wildcats. The game will be televised by the SEC Network at 7:30pm ET.

Listed below are the SEC games that have been selected for television as of May 27. All remaining SEC controlled games will be announced six-to-12 days prior to the date of the game.