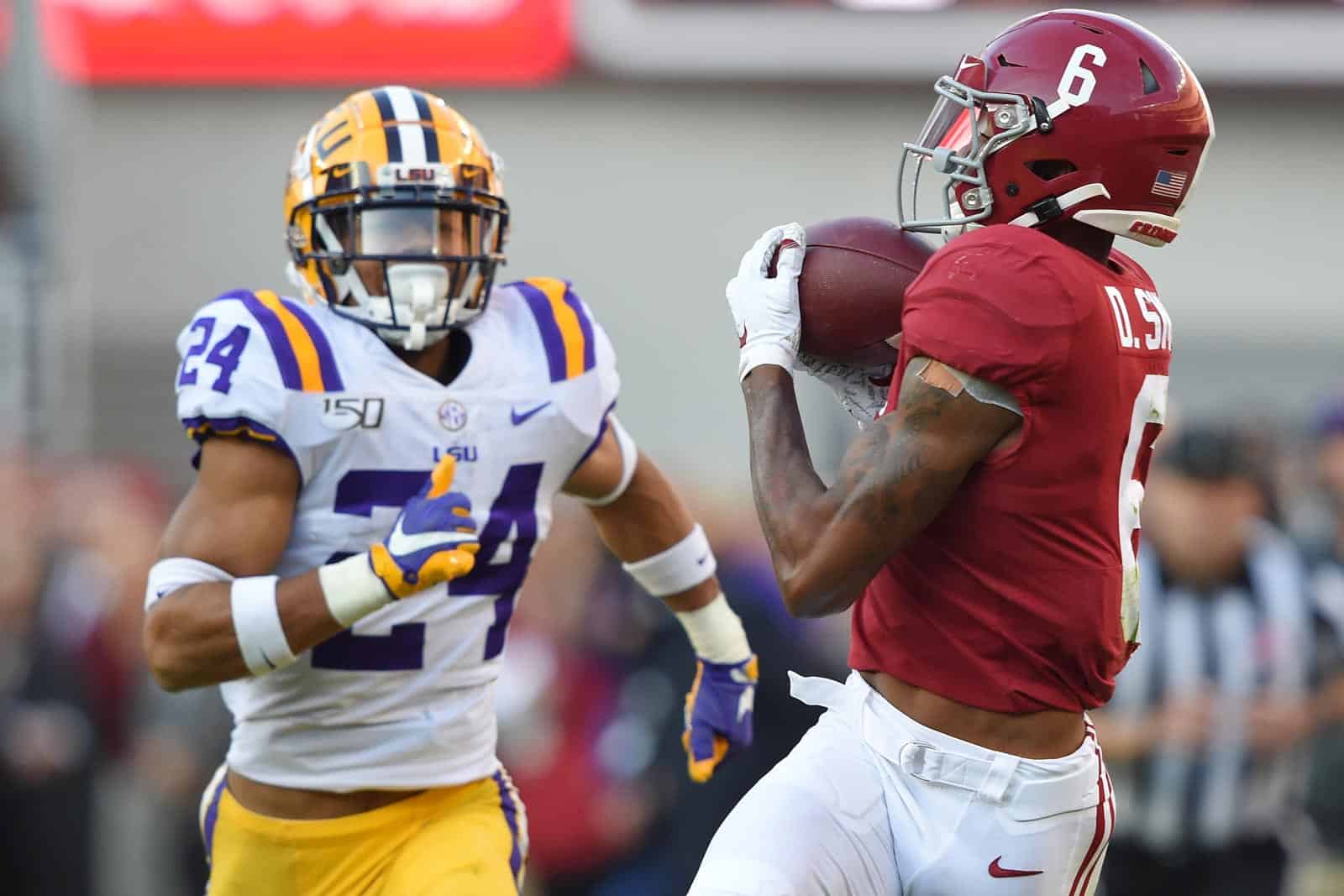 Because CBS had the television rights to the Alabama-LSU game on November 14, they will broadcast the rescheduled contest at Tiger Stadium in primetime on CBS at 8:00pm ET/7:00pm CT. It will be the second game of a doubleheader following the 3:30pm ET game, which is slated to be determined by this Sunday.

As a result of these two changes, three games that were scheduled for Saturday, Dec. 5 have been postponed and will be rescheduled:

The SEC continues to shuffle the schedule to create an opportunity for all 14 SEC teams to play their full ten-game schedule this season.

“The cooperation and flexibility of our coaches, athletics directors and campus leaders along with the dedication of our student-athletes now provides the opportunity to reach this point in the season with the ability for each SEC team to play ten football games in 2020,” said SEC Commissioner Greg Sankey. “We knew before the season there would be interruptions and scheduling challenges related to COVID-19 and we will continue to manage the remaining weeks of the football schedule to allow for as many games to be played as possible, with a continuing focus on determining an SEC champion.”

Below is the revised SEC football schedule for Saturday, Dec. 5 (Week 14):