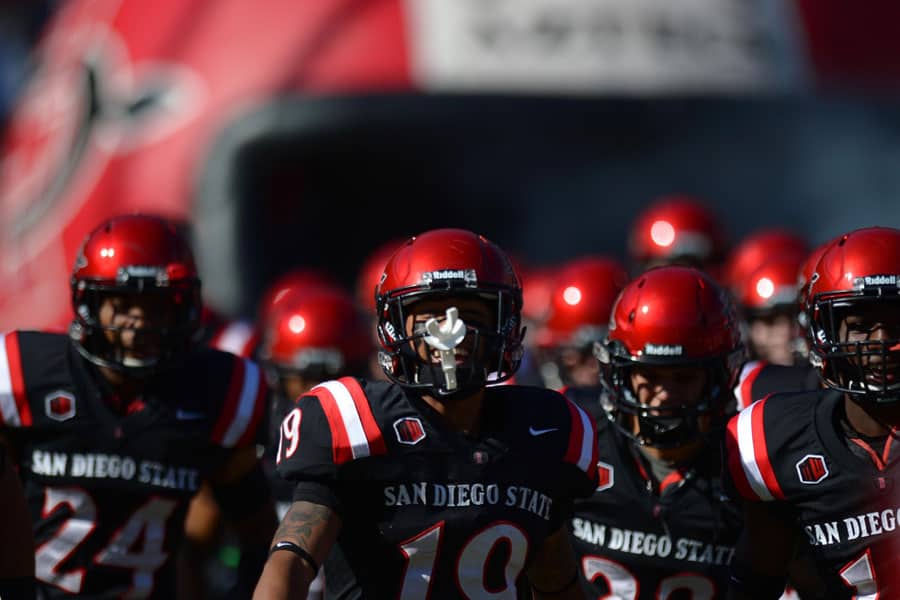 The San Diego State Aztecs have added future football games against Sacramento State in 2018 and Weber State in 2019, the school announced on Friday.

San Diego State will host the Sacramento State Hornets at Qualcomm Stadium on Sept. 8, 2018. The game will be the first ever meeting between the two schools.

Sacramento State is a member of the Big Sky Conference in the Football Championship Subdivision (FCS). They finished the 2014 season 7-5 overall and 4-4 in conference play.

Weber State is also a member of the Big Sky Conference in the FCS. The Wildcats had a dismal season last year, finishing 2-10 overall and 2-6 in the Big Sky.

SDSU now has three non-conference games slated for 2019. The other two are road trips to UCLA (Sept. 7) and Eastern Michigan (Sept. 28).