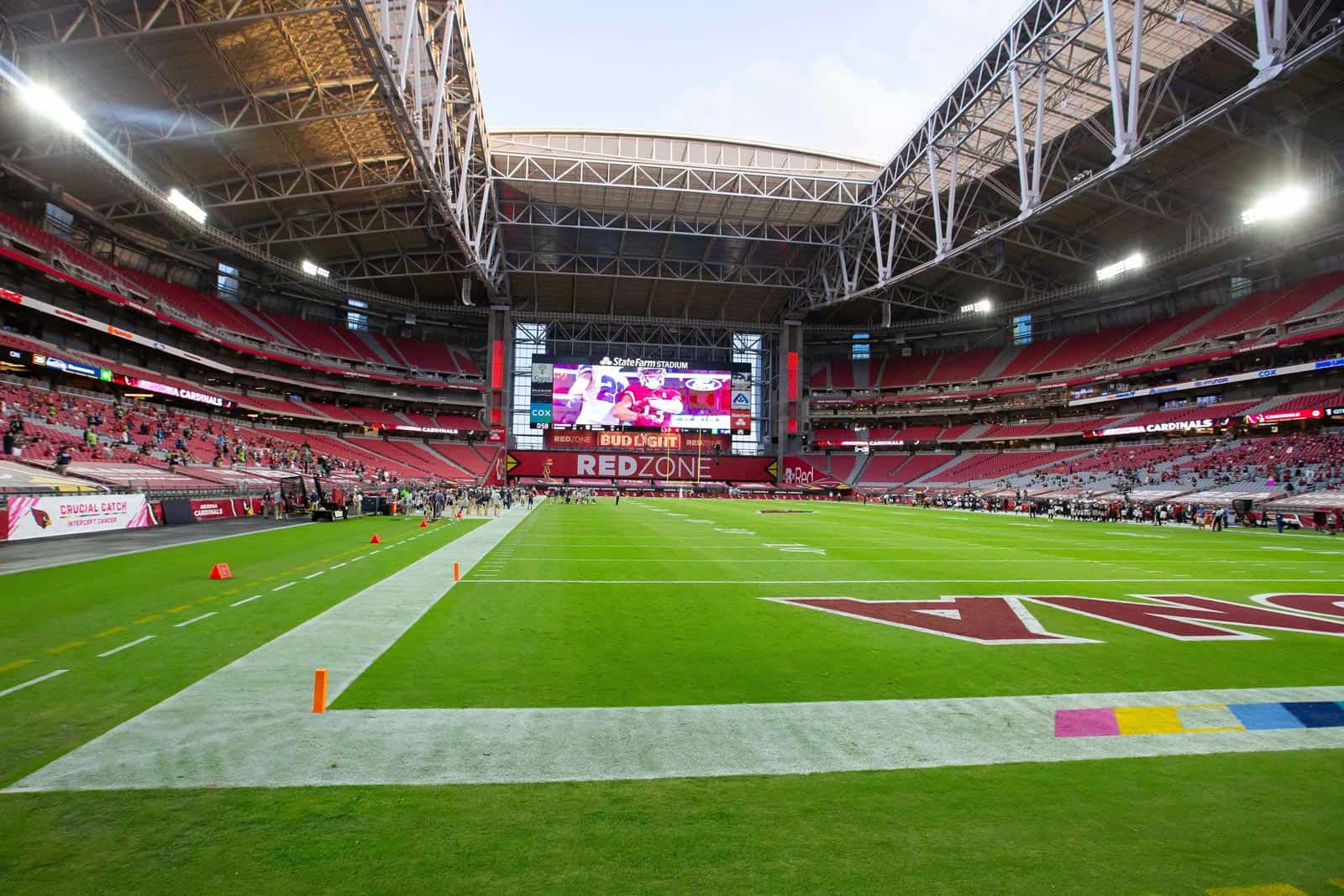 The San Francisco 49ers will play their Week 13 and Week 14 home football games at State Farm Stadium in Glendale, Ariz., the team announced on Monday.

The move to State Farm Stadium is a result of new COVID-19 regulations imposed by Santa Clara County in California. Due to COVID-19 cases and hospitalizations rising, the county has temporarily prohibited all contact sports.

Below is the 49ers’ full statement on the temporary move to State Farm Stadium:

“The San Francisco 49ers have come to an agreement with the National Football League and Arizona Cardinals which allows the 49ers to host their Weeks 13 and 14 home games against the Buffalo Bills and Washington Football Team at State Farm Stadium in Arizona.

“The Cardinals organization, State Farm Stadium and League officials have been supportive and accommodating as we work through the many logistical issues involved in relocating NFL games.

“Information regarding the 49ers future practice arrangements will be shared at the appropriate time.”

San Francisco is set to host the Buffalo Bills in Monday Night Football action on Monday, Dec. 7. The game will be televised by ESPN at 8:15pm ET.

The following week on Sunday, Dec. 13, the 49ers will welcome the Washington Football Team to State Farm Stadium. The game is slated for a 4:25pm ET kickoff with television coverage on FOX.

San Francisco is 5-6 overall and 2-2 in the NFC West so far this season. Following the two games in Glendale, the 49ers are scheduled to play at the Dallas Cowboys on Dec. 20 and at the Arizona Cardinals on Dec. 27.

The 49ers final regular-season game on Sunday, Jan. 3, 2021 is currently scheduled to be played at Levi’s Stadium in Santa Clara, Calif., but that location could change.

State Farm Stadium? OK, I plead ignorant and I don’t really follow the NFL. Is this a new place or a recently renamed facility? I’ve been to Glendale, AZ, and there was no facility that I saw that was called “State Farm Stadium”.

Probably the best possible choice. At least it’s an adjacent state. Arlington and Jerry World would have been a quite a bit farther for the team families… SJ to Phoenix is a full half-day drive at 700 miles or so.