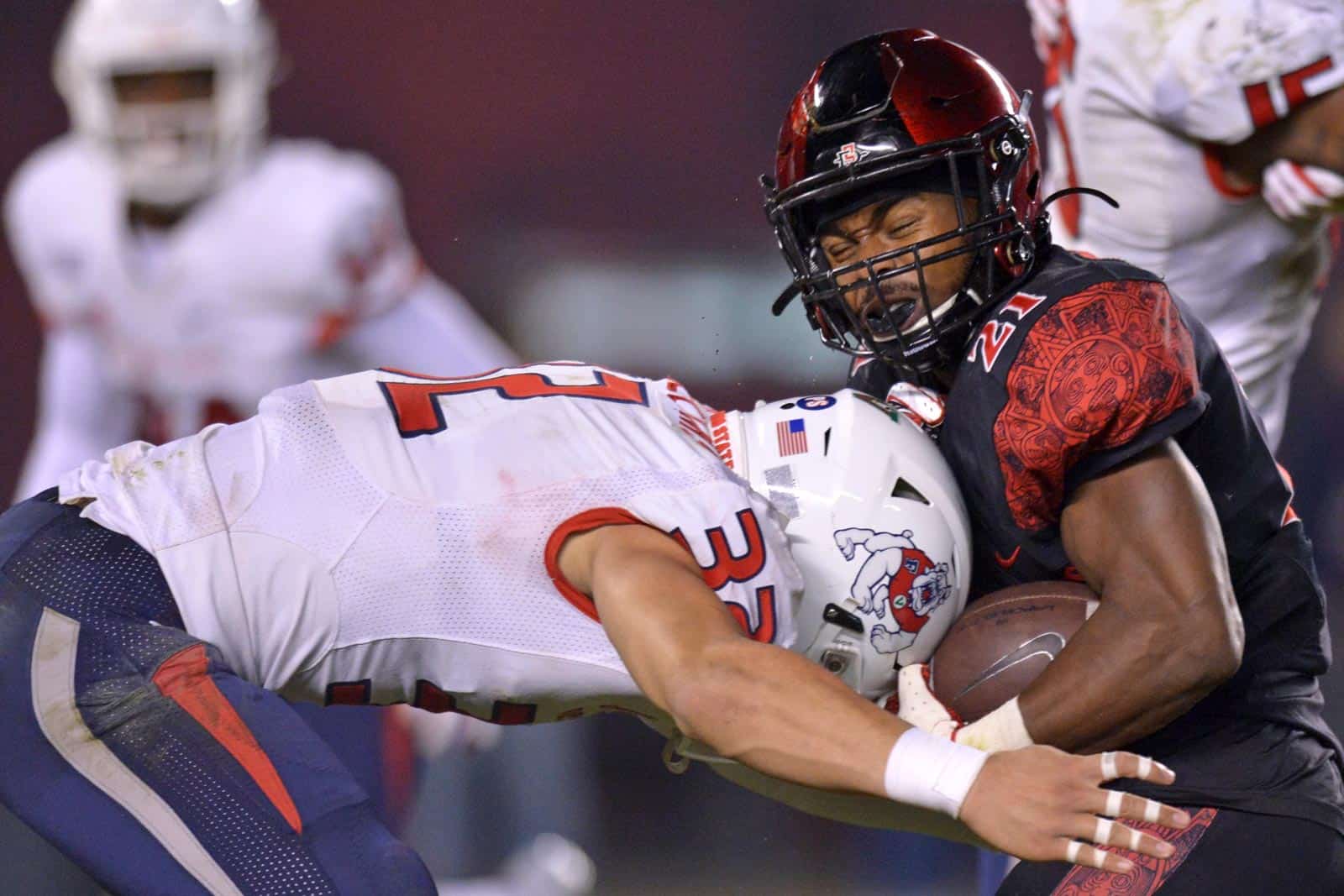 The San Diego State Aztecs at Fresno State Bulldogs football game has been canceled due to COVID-19, the Mountain West announced on Sunday.

The two schools were scheduled to meet at Bulldog Stadium in Fresno, Calif., on Friday, Nov. 27. The game was canceled due to “…COVID-19 contact tracing within the Fresno State football program.” The game has been declared a no contest and will not be rescheduled.

“We are disappointed for our student-athletes, staff, and the entire Red Wave fan base that we cannot compete against San Diego State this week,” Fresno State Director of Athletics Terry Tumey said. “We fully understand and appreciate the history and importance of the rivalry so, in partnership with Mountain West Conference leadership and the leadership at San Diego State, we explored every alternative solution we could identify in order to play the game on its scheduled weekend. Unfortunately, there was not a path forward to do so within our defined framework.

“The same protocols and precautionary measures, which were implemented this past week, as a result of extensive contact tracing within our program, will remain in place this coming week as recommended by the CDC and the Fresno County Department of Public Health.

“The large majority of our football program will continue forward with team activities in preparation for the remainder of our 2020 schedule. At this time, we look forward to the opportunity to compete at Nevada on December 5. As always, the health and safety of our student-athletes, staff, and campus community remain our first priority.”

This is the second consecutive Fresno State football game canceled due to COVID-19 issues. The Bulldogs contest against San Jose State on Saturday was also canceled.

The next game on the schedule for Fresno State is at the Nevada Wolf Pack on Saturday, Dec. 5.

“We are disappointed about the game on Friday being canceled due to COVID issues but the health and safety of our student-athletes is most important,” SDSU director of athletics John David Wicker said. “We will actively search for a game this weekend because our coaches, student-athletes and staff want to play. We have reached out to the conference office and the Pac-12 that we are actively looking for a game. We will have to see how testing goes this week for all of the schools in our conference and the Pac-12.”

San Diego State’s next scheduled game, provided they don’t locate a replacement opponent, is at home against the Colorado State Rams on Saturday, Dec. 5