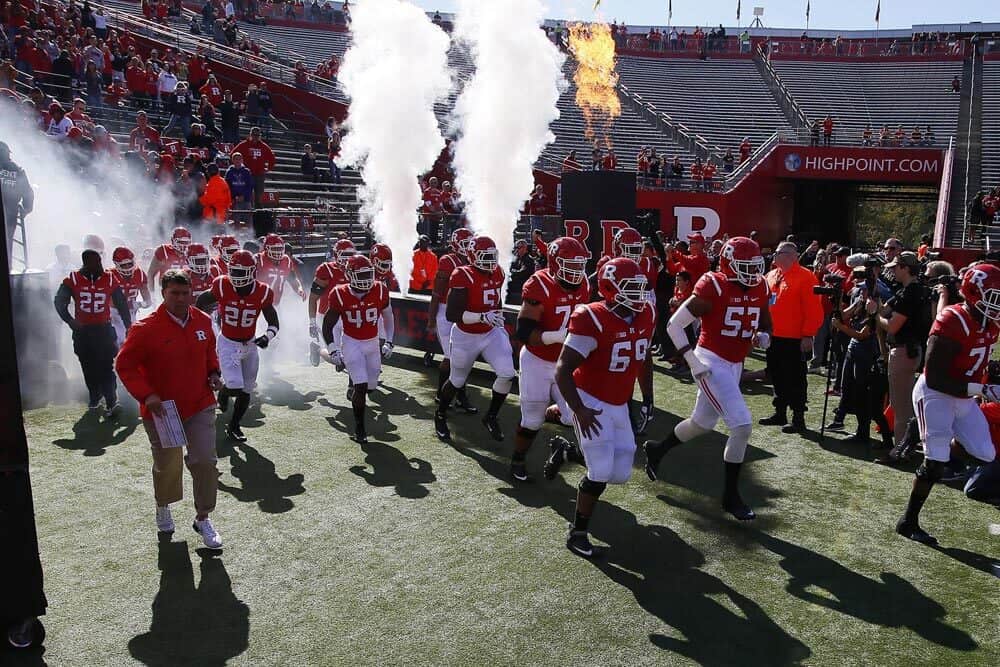 The Rutgers Scarlet Knights have added the Ohio Bobcats to their 2023 football schedule, NJ.com has reported.

Rutgers will host Ohio at High Point Solutions Stadium in Piscataway, New Jersey on Sept. 30, 2023, according to a signed copy of the contract obtained by NJ Advance Media.

Rutgers and Ohio first met on the gridiron back in 1937 and have squared off a total of three times. The Scarlet Knights won the most recent meeting 38-26 in 2011 to take a 2-1 lead in the series.

The addition of Ohio tentatively completes Rutgers’ non-conference schedule in 2023. The Scarlet Knights are also scheduled to host Temple on Sept. 9 and Virginia Tech on Sept. 16.

Ohio now has three of their four non-conference opponents lined up in 2023. The Bobcats are also slated to travel to Florida Atlantic on Sept. 9 and host Iowa State on Sept. 16.

As a New Jersey resident, I find it a sad (but extremely
accurate) commentary that the FBSCHEDULES photo of Rutgers bursting out onto the field at High Point Solutions Stadium…….shows mostly empty seats in the background. Will Rutgers announce a crowd for the 2023 Ohio game which is 20-25% larger than the actual number of bodies in seats, as they did at the 2011 Ohio game in Piscataway, which I attended?

Could be worse. They could have had a shot of the stadium in the 4th quarter of the Penn State game.

How about the 4th quarter of the Michigan game. It was still only 64-0 at that time.