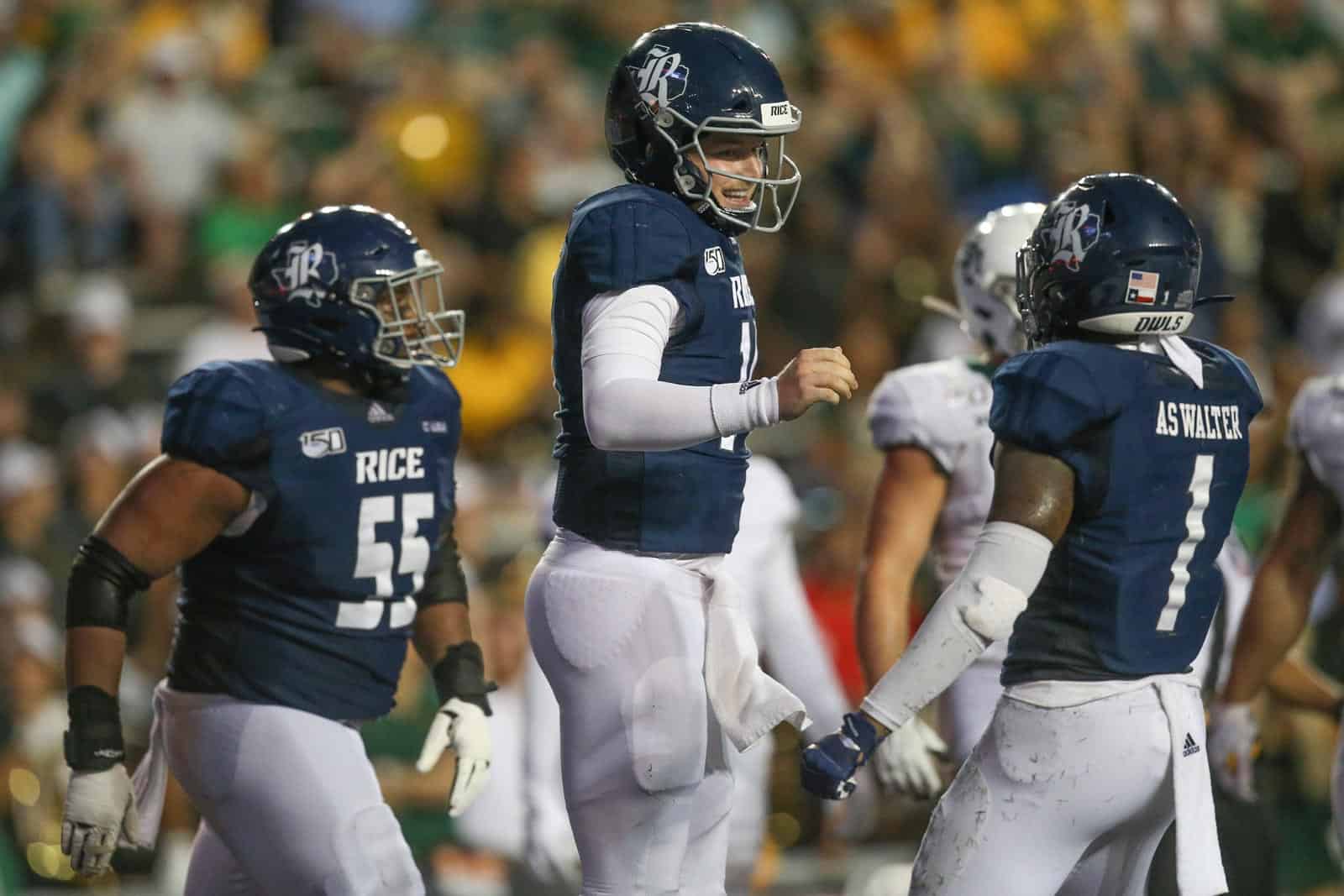 The Rice Owls have added games against McNeese, Texas Southern, and Sam Houston State to their future football schedules, the school announced on Tuesday.

Rice will host the McNeese Cowboys at Rice Stadium in Houston, Texas, on September 10, 2022. The game will mark the first-ever meeting between the two schools on the gridiron.

The Texas Southern Tigers, already scheduled to make an appearance at Rice Stadium in 2021, will make a return trip to face the Owls on September 16, 2023. The 2021 meeting between Rice and Texas Southern will be their first on the football field.

The Sam Houston State Bearkats will make the approximately 74-mile trip to take on Rice on August 31, 2024. Rice and Sam Houston State have met 17 times on the gridiron with the Owls holding a 16-1 advantage in the series.

In their first-ever meeting back in 1912, the Owls traveled to Huntville, Texas, and defeated the Bearkats 20-6. The two schools last squared off on the gridiron in 1993 in Houston, which resulted in a slim 14-13 Houston victory.

Rice has also added a home-and-home football series with the BYU Cougars, which was announced earlier on Tuesday. Rice will travel to face BYU at LaVell Edwards Stadium in Provo, Utah, on September 29, 2023, and will host the Cougars at Rice Stadium on September 27, 2025.