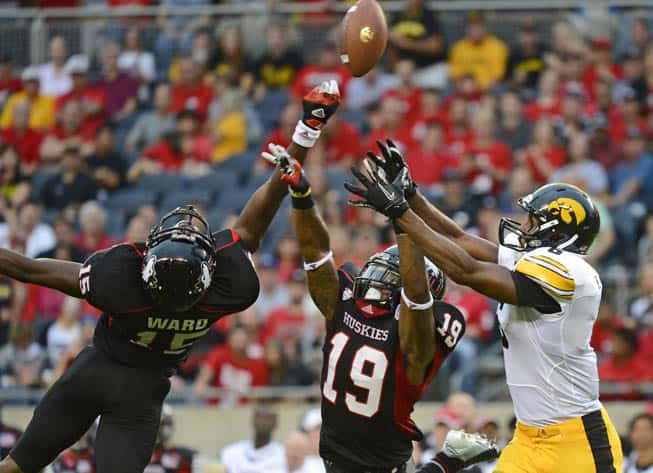 The Iowa Hawkeyes and the NIU Huskies are close to scheduling football games in 2018 and 2020, CBSSports.com has reported.

Both games would be played at Kinnick Stadium in Iowa City, where Iowa won the first six meetings between the two schools. The last two contests were both played at Soldier Field in Chicago. The Hawkeyes were victorious in those games also, winning 16-3 in 2007 and 18-17 in 2012.

According to CBS Sports, Iowa and NIU have discussed the possibility of playing in 2019 also. But the Huskies have expressed the desire to leave that year open.

Iowa currently has two non-conference games scheduled in 2018, Iowa State and Northern Iowa. It’s possible that the Northern Iowa game could be canceled due to the Big Ten’s desire to end the scheduling of FCS programs.

Northern Illinois has no games currently on the schedule for 2018 and 2020. The Huskies are currently set to visit Nebraska in 2019, which may be why they don’t want to play at the Hawkeyes that year.