Power 5 teams not playing an FCS opponent in 2019 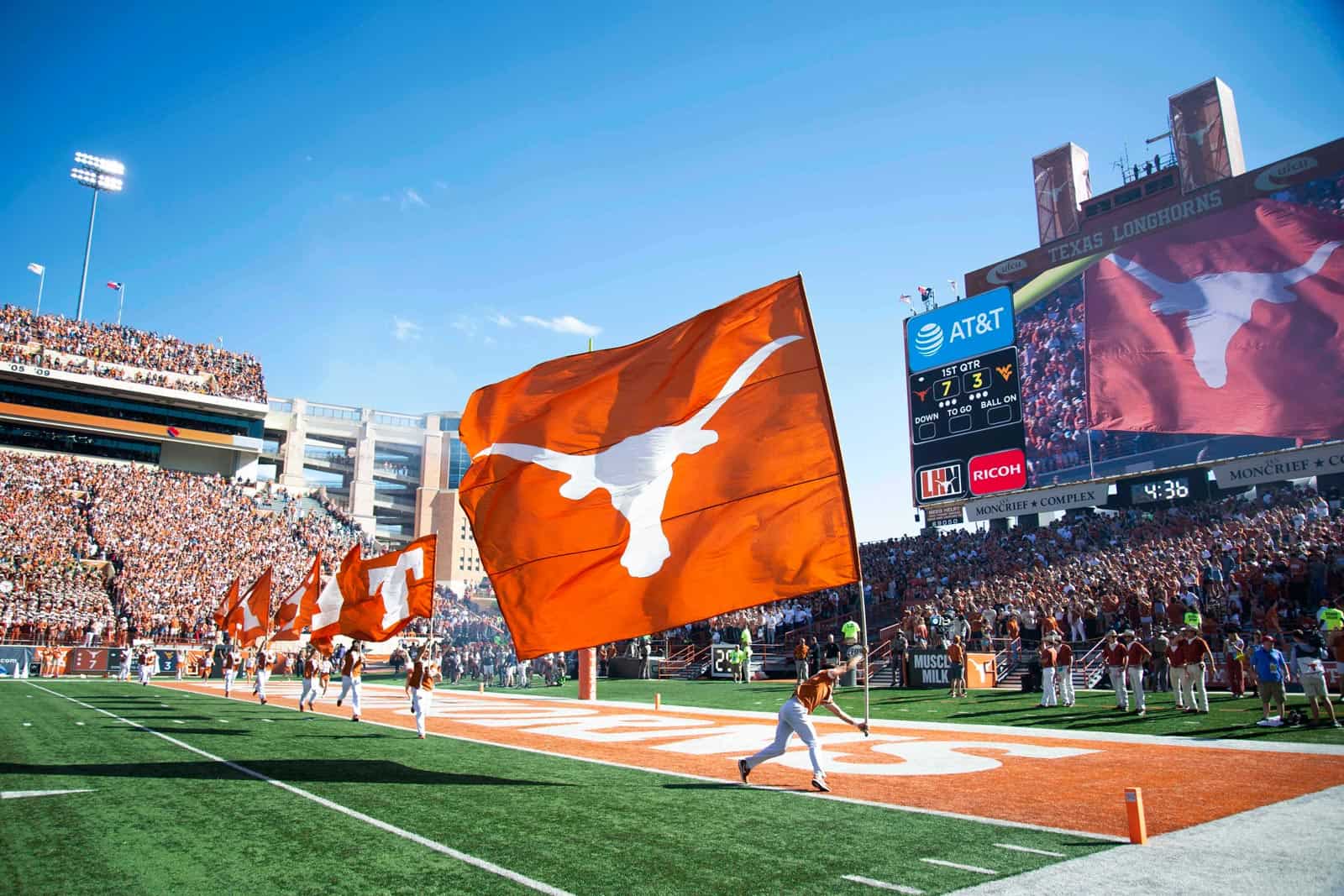 Of the 49 Power 5 vs. FCS matchups which occurred in 2018 only one resulted in a loss for the bigger school. That’s a 98% success rate for the big boys.

It amounts to Power programs being 16% more likely to beat an FCS opponent than a team from a Group of 5 conference.

It’s a big deal when that extra win can equal bowl eligibility.

By conference, it’s ten Big Ten members, four from the Pac-12, and just a single Big 12 school. That leaves the ACC and SEC, where 100% of each conference has an FCS foe scheduled.

It’s yet another very subtle, but potentially meaningful, scheduling caveat.

This is the first season since 2014 that Colorado hasn’t had an FCS opponent on its slate. The Buffs haven’t fallen to such a foe since 2012 when they were edged 30-28 by Sacramento State on their way to a 1-11 finish.

Illinois went FCS-free as recently as 2017, also it’s first schedule without an opponent from the lower level since 2005. It hasn’t lost to a program that was considered a “non-major” at game time since 1938, when it opened the season with a 0-6 loss to Ohio University, the Bobcats still members of the Buckeye Athletic Association at the time.

Like Illinois, Iowa also didn’t play an FCS foe in 2017. Unlike the Illini though, the Hawkeyes fell to an FCS team as recently as 2016 when North Dakota State rolled into Iowa City and upset then (13) Iowa 23-21.

The last time Michigan hooked up with the FCS was in 2010 when it barely survived a visit from UMass 42-37. The Minutemen moved up to the FBS ranks two years later via the MAC. The Wolverines’ most recent loss to an FCS squad came memorably a couple of seasons earlier, in 2007, when Appalachian State came calling and upset (5) Michigan 34-32. The Mountaineers ascended to the FBS level in 2014 with the Sun Belt.

Michigan State last played an FCS opponent, Furman, in its 2016 season opener. It hasn’t lost to a “non-major” since just after WWII, in 1946, when it fell to Cincinnati, then an independent.

One of Nebraska’s four wins last season was a 45-9 victory over FCS Bethune-Cookman. Before that, it hosted an FCS program consecutively from 2010-14. It hasn’t suffered to a team considered a non-major at game time since 1956 when it fell to Hawaii (then an independent) 0-6 after destroying the Warriors 50-0 the previous season.

Northwestern last played an FCS team in 2016. The Wildcats fell to Illinois State in that contest, 9-7. Their last win over an FCS opponent came in the previous season in 2015. The Wildcats defeated Eastern Illinois 41-0.

Purdue hasn’t squared off with an FCS opponent since 2016, also its seventh-straight season with an FCS foe on its slate. The most recent loss to a non-major came all the way back in 1925 when the Boilermakers opened with a 13-7 loss to Wabash College.

Last season was the first time since 2003 that Rutgers didn’t have an FCS foe on its schedule. Its most recent loss came the very first year of that 14-year run, in 2004, a 35-24 defeat at the hands of New Hampshire.

While Texas certainly doesn’t make it a practice of scheduling FCS foes, it did play Sam Houston State as recently as 2006. Before that it was North Texas in 1992, 1988, and 1983. The Longhorns’ most recent loss to a non-major came during WWII, when they hosted Southwestern (Georgetown, Texas) in 1943 and lost 14-7.

UCLA is one of only two schools on our list that simply does not book dates with FCS opponents. The last time the Bruins played a team considered a non-major at game time was in 1954 when they opened with a 67-0 win over San Diego Navy. Prior to that, it was three such contests in 1945; wins over San Diego Navy and Pacific and a 13-6 loss to St. Mary’s (California) Pre-Flight.

Wisconsin hasn’t played an FCS opponent since 2014, also it’s ninth consecutive season with a win over a program from next level down. The Badgers’ most-recent loss vs. a non-major came in 1935 when they opened the season with a 13-6 loss to South Dakota State. That Wisconsin team finished 1-7, the sixth-worst mark in program history.

Props to Stanford. Northwestern, at UCF, Notre Dame are three Top 25 preseason teams. Not sure if they did this on purpose, but they will have to play it this year.

I nominate Stanford as having the hardest schedule to be Bowl Eligible list.

15 out of 65. Pathetic. Meanwhile, AAC and MWC teams are begging the P5 for fair scheduling.

Yep, September 2, 2016 MSU 28 FU 13. At that time the Big10 was eliminating FCS teams from their schedules but that didn’t last long as many have been scheduled since.

Good job by UM and OSU keeping FCS teams off of their schedules. Now the next step is to put their 2019 and future meetings at night.

They could get some encouragement for that if the NCAA could pass a bylaw requiring every FBS conference to stage at least one game in primetime each week from Week 1 to Thanksgiving week. The NCAA should do so in order to protect the interests of each conference’s television partners.

Last year, Fox was forced to televise UM-OSU at noon and a game between two middling Big 12 teams in primetime in the final week of the season, causing Fox to lose the primetime ratings battle that night to Notre Dame-USC over on ABC.

Fox would likely be a sponsor of this proposed bylaw so that there is fair competition in primetime almost every week of the CFB season.

nebraska lost to non power 5’s southern mississippi and n. illinois in 2004/2017 respectively….summary for nebraska stated nebraska had not lost to “non major” (do you mean FCS or non power 5?)…your term non major is not specific, where as non power 5, group of 5 or FCS is specific-you probably could have simply stated FCS since that appears to be the context or your article….no offense intended

“Non-major” refers to teams who were essentially at 1-AA/FCS level before such a designation existed. Division II wasn’t an official designation until 1973 (before it was the “Small Colleges Division”) and the 1-A/1-AA split wasn’t until 1978.

All of this is completely asinine. It’s not the NCAA’s problem how teams schedule their games for TV (within reason). OSU-Michigan is also the highest-rated regular season game every year and usually by a comfortable margin–no one has trouble finding the game. This has held even after it’s switched networks after decades of being on ABC.

No one in Ohio or Michigan wants to freeze their ass off for a night game at the end of November nor do Ann Arbor or Columbus want to deal with the consequences of an all-day drink-fest before the big rivalry game. College football was made for fall afternoons–it may be different in the South, but to me the fetishization of prime time is one of the more overrated aspects of the modern game.

And no, FOX would not in any way be a sponsor of this proposed bylaw–not with LCS and World Series and NASCAR commitments.