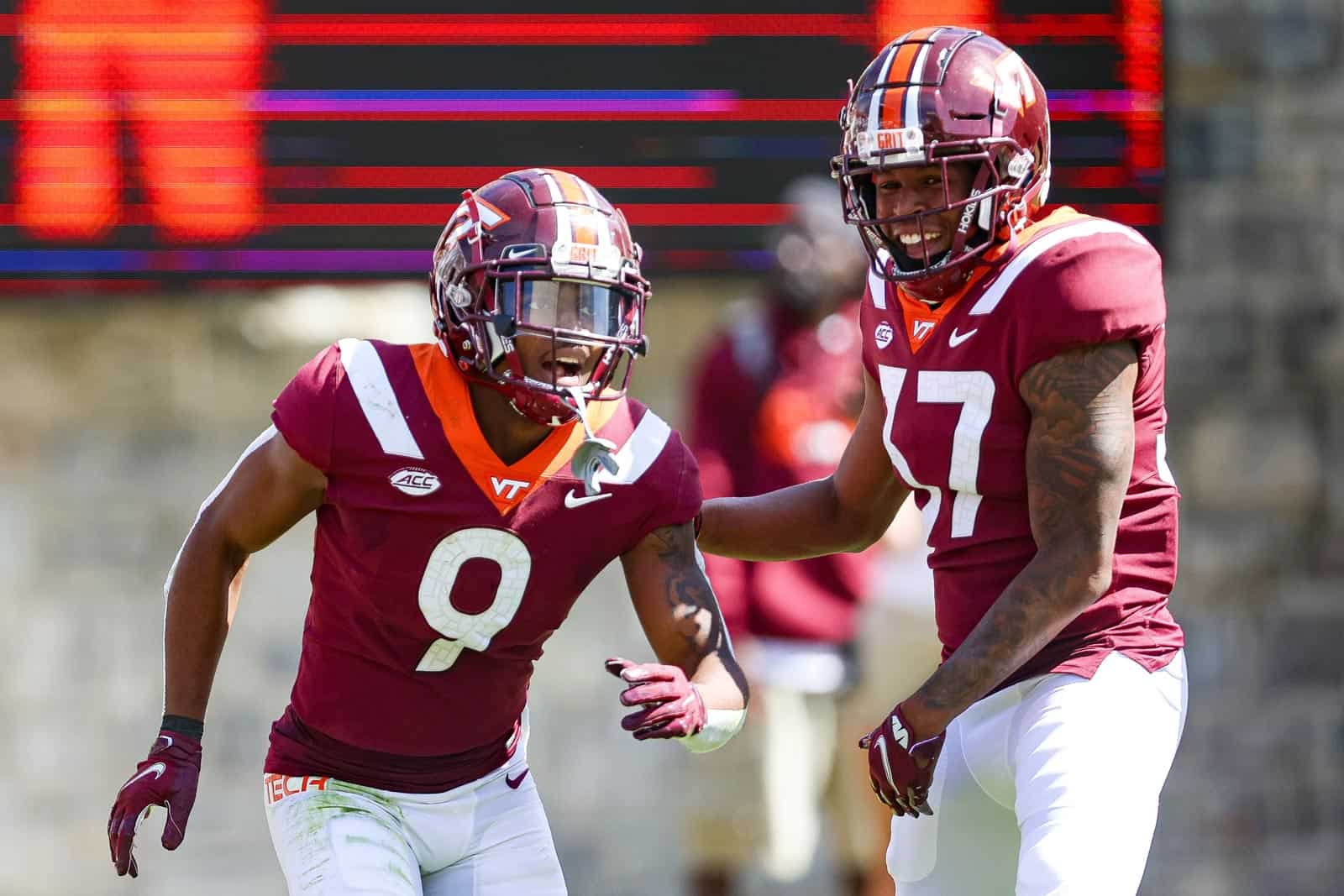 While the practice of the bigger school traveling to play at a smaller venue is on the rise from a long- term perspective, it’s settled over the last several years with a comparable 19 such matchups scheduled for the original version of the 2020 season.

What follows are the ten P5 at G5 combinations with the widest gap in seating capacity, each an extreme case of stadium downsizing. It’s worth noting that six of the matchups feature an ACC club, two of which have two such roadies scheduled.

The Wildcats and Aztecs have met 16 times previously, nine times in Tucson and seven in San Diego. Arizona leads the all-time series 10-6.

Vanderbilt Stadium has a capacity of 40,550 vs. Northern Illinois’ Huskie Stadium which maxes out at 24,000. The Commodores are also scheduled to play at Hawaii this season. They visited a G5 venue as recently as last year when they traveled to Colorado State and edged the Rams 24-21. Vandy has future dates booked at UNLV (2023), at Georgia State (2024), and back at Colorado State (2026).

Northern Illinois last hosted a P5 member in 2018 when Utah came to DeKalb and survived for a 17-6 win. As of now it won’t host another Power program until 2029 when Missouri is scheduled to visit.

The Commodores and Huskies have met four times previously, including a 1997 game at NIU, all resulting in wins for Vandy.

The second of the Tar Heels’ pair of visits to G5 destinations this season (which occur back-to-back in Weeks 2 and 3) Kenan Memorial holds 50,500 fans while App State’s Kid Brewer Stadium seats 30,000.

The Mountaineers last hosted a Power club in 2017 when Wake Forest came calling and escaped with a narrow 20-19 victory. The only future plans to host another P5 member is a 2033 visit from South Carolina.

UNC and App State have played twice previously both times in Chapel Hill. The Mountaineers won the most recent meeting in 2019 while the Tar Heels were triumphant in the first ever clash in 1940.

Louisville’s Cardinal Stadium seats 65,000 vs. UCF’s Bounce House’s capacity of 44,206. The Cardinals visited a Group of 5 venue as recently as 2016 when they traveled to Marshall and scored a 59-28 victory. They have plans to visit a G5 destination in Florida again in 2024 at South Florida.

UCF double dips in hosting Power foes in 2022 with Georgia Tech also set to visit Orlando in Week 4. It last hosted a P5 member in 2019 when Stanford came calling and went home with a 45-27 loss. It’s set to host North Carolina in 2025 but by that time the Knights will be Big 12 members.

The Cards and Knights have met three times previously, all in Louisville, with a 2-1 advantage for UL.

This is the first time Georgia State – which didn’t field a football team until 2010 – has ever hosted a Power opponent. The Panthers have future home dates booked vs. Vanderbilt (2024), Georgia Tech (2026), and Wake Forest (2030).

UNC and Georgia State have met once previously, last season, a 59-17 win for the Tar Heels in Chapel Hill.

Vanderbilt’s second mention on our list, the Commodores’ home field holds 40,550 while Hawaii’s Ching Complex will only seat 9,000 this season. As noted above, Vandy also visits Northern Illinois this year.

Hawaii, a popular travel destination for Power clubs, last hosted a P5 member in 2019 when it opened the season with back-to-back visits from Arizona and Oregon State, both upset wins for the Rainbow Warriors. They have future home dates booked with Stanford (2023 and 2025), Oregon (2024), UCLA (2027), and Arizona (2029).

This is Vanderbilt and Hawaii’s first-ever football meeting.

Maryland Stadium seats 51,802 vs. Charlotte’s Jerry Richardson Stadium’s capacity of 15,314. That means you could fit over three of the 49ers’ arenas into the Terrapins’ home field. Maryland visited a G5 venue as recently as 2019, suffering a 20-17 defeat at Temple. It has plans to play at UConn in 2026.

This is Maryland and Charlotte’s first-ever football meeting.

The Panthers share 68,400-seat Heinz Field with the NFL Pittsburgh Steelers. That’s more than twice the capacity of Western Michigan’s Waldo Stadium which holds 30,200. Pitt last visited a G5 destination in 2018 suffering a 45-14 beatdown at (13) UCF. While the Panthers have a roadie at Cincinnati booked for 2024, the Bearcats should be Big 12 official by then.

Western Michigan hosted a P5 club as recently as 2018, opening the season with a 55-42 home loss to Syracuse. WMU doesn’t currently have any plans to host another Power member.

The Panthers and Broncos only previous meeting came last season, a 44-41 upset win for WMU in Pittsburgh.

Liberty’s 25,000-seat William’s Stadium is almost two and a half times smaller than the Hokie’s home field. Prior to visiting Old Dominion in 2018, Virginia Tech played a roadie at East Carolina the season before, in 2017, scoring a 64-17 win.

This is Virginia Tech and Liberty’s third meeting and the first-ever in Lynchburg, the series is tied at 1-1.

Prior to hosting Virginia Tech in 2018, Old Dominion welcomed North Carolina in 2017 resulting in a 53-23 loss. Other than the four future home dates vs. the Hokies listed above, the Monarchs are also scheduled to host Wake Forest (2023) and Virginia (2028).

Virginia Tech and Old Dominion have met three times previously, twice in Blacksburg (in 2017 and 2019, both wins for VT) and once in Norfolk (in 2018, ODU’s only win in the series).

Note: Stadium numbers were taken from our website. Some were outdated and have been corrected.

The article is about the widest differences in seating capacity. It’s not an all-inclusive P5 at G5 list.

The article is about the widest differences in seating capacity. It’s not an all-inclusive P5 at G5 list.

It’s too bad the 3rd Paragraph of Amy Daughters Article specified “each an extreme case of downsizing.”

If Miss / Mrs. Daughters hadn’t included that caveat in her focus it would have been Fun to include Baylor’s example of “extreme upsizing” traveling to BYU.
Baylor capacity: 45,140
BYU: 63,470 =

Then tittle it; Power 5 Programs Playing at Group of 5 Venues [with the Widest Discrepancies in Seating Capacity from their Own Stadiums] in 2022. Because then no one would have to point out, that in addition you left out Rutgers at Temple.

Title is too long and would get truncated in various places. Additionally, it shouldn’t have to be “pointed out” if it’s stated right there in the article.

On Rutgers at Temple, Temple’s stadium is actually bigger than Rutgers, so it’s not downsizing as the piece indicates.

That’s why I chose that game, because your headline would suggest it wasn’t about stadium size, but G-5 hosting P5 schools. I get it, but again, the tittle could have been better.

Hey Naval Academy……just for the tally books…..what is your “official excuse” for cancelling your 2023 football game at Marshall? Yeah, we know you are playing Notre Dame (us) in Dublin the week before and I expect the official copout is being “tired” from all the travel. Could a coward’s perspective be (football wise)…..could it be Marshall’s 49-7 win (in Annapolis) Navy took last year and didn’t want to be embarassed & humiliated 2 weeks in a row? One final question Navy football, how come you decided to schedule FCS Wagner (at home) that SAME DATE (that you would have played in Huntington) next season? BAD LOOK Navy…..thought you would REPRESENT & HONOR a contract…..guess not…..

I was steamed @ Trust Five Conference U TN Volunteers buying out their 2023 Game @ Provo after we played them in Knoxville in 2019.

Wow!! Has that already happened….the cancellation? Man, this makes the Naval Academy look scared at playing at Marshall. I did not know Marshall took Navy to the woodshed or blew them out of the water in their own stadium. It looks very suspicious in the cancellation and then add a FCS team on the same date. Did Navy offer to change the year or reschedule the return contest…..I took a break to do some research. Navy is in the wrong here. The football coach is on hot seat this season and possibly next. Losing to Notre Dame and then Marshall would start the rumor mill of sacking the coach. I got this info from a Naval Academy football player that my family and I know. I thought the service academies was way above pul these kind of behind doors dirty dealing……..Again, Wow Navy….Shameful

They played in Carson, not San Diego.

I thought that misquote of the Utes @ Aztecs was wrong, I didn’t have Time to look it up.

The Aztecs played in the MW Championship Game but were on the Ducks end of that, an L.

The Aztecs played the strongest ever & school Record setting UT Roadrunners who were 12-1 & chose the Frisco Bowl over the Independence Bowl.

The Roadrunners played 11 regular Season Games in 2020 + they played in a Bowl Game in 2020 for a 12 Game Coronavirus Season.
The Roadrunners were not a flash in the Pan Team in 2021.