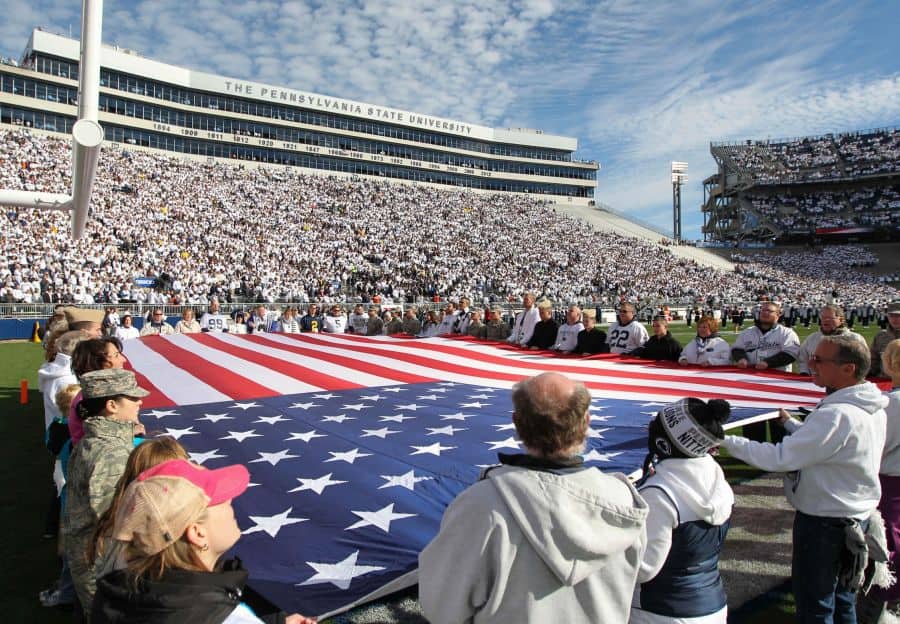 Penn State and Auburn will face off for the first time in nearly two decades when the two legendary programs begin a home-and-home series in 2021. Auburn will travel to Happy Valley on September 18, 2021, while Penn State will return the trip to the Plains on September 17, 2022.

Auburn’s previously-scheduled series with Cal has also been moved to accommodate the duo of games. AL.com reports that the Tigers will head west in 2023, with the Bears visiting Auburn on September 7, 2024.

“We are thrilled to be adding Auburn to our future football schedules,” said Penn State Director of Athletics Sandy Barbour in a release issued by the university. “This is a great intersectional match-up and there will be significant interest from alumni, fans and students of both schools to be a part of the electric atmospheres on both campuses. I am very appreciative of Jay Jacobs’ interest and efforts in making this home-and-home series a reality.”

The schools have split previous bowl matchups. Penn State defeated Auburn 43-14 in the 1996 Outback Bowl, and the Tigers returned the favor by clipping the Nittany Lions 13-9 in a slugfest between two then-AP Top 20 teams. Auburn’s Ronnie Brown toted the rock for 184 yards and two scores en route to earning the game’s MVP award.

In addition to the games with Auburn, Penn State announced single-game matchups with MAC opponents Buffalo (September 7, 2019) and Ball State (September 11, 2021). The Bulls defeated Penn State 10-0 in 1900, before falling to the Nittany Lions in 2017 and 2015. The contest with the Cardinals will be the first for Penn State.

Very nice…It will be great to see Auburn run into Beaver Stadium and Penn State into Jordan-Hare. Not the same seeing college teams at Cowboys Stadium or the Georgia Dome.