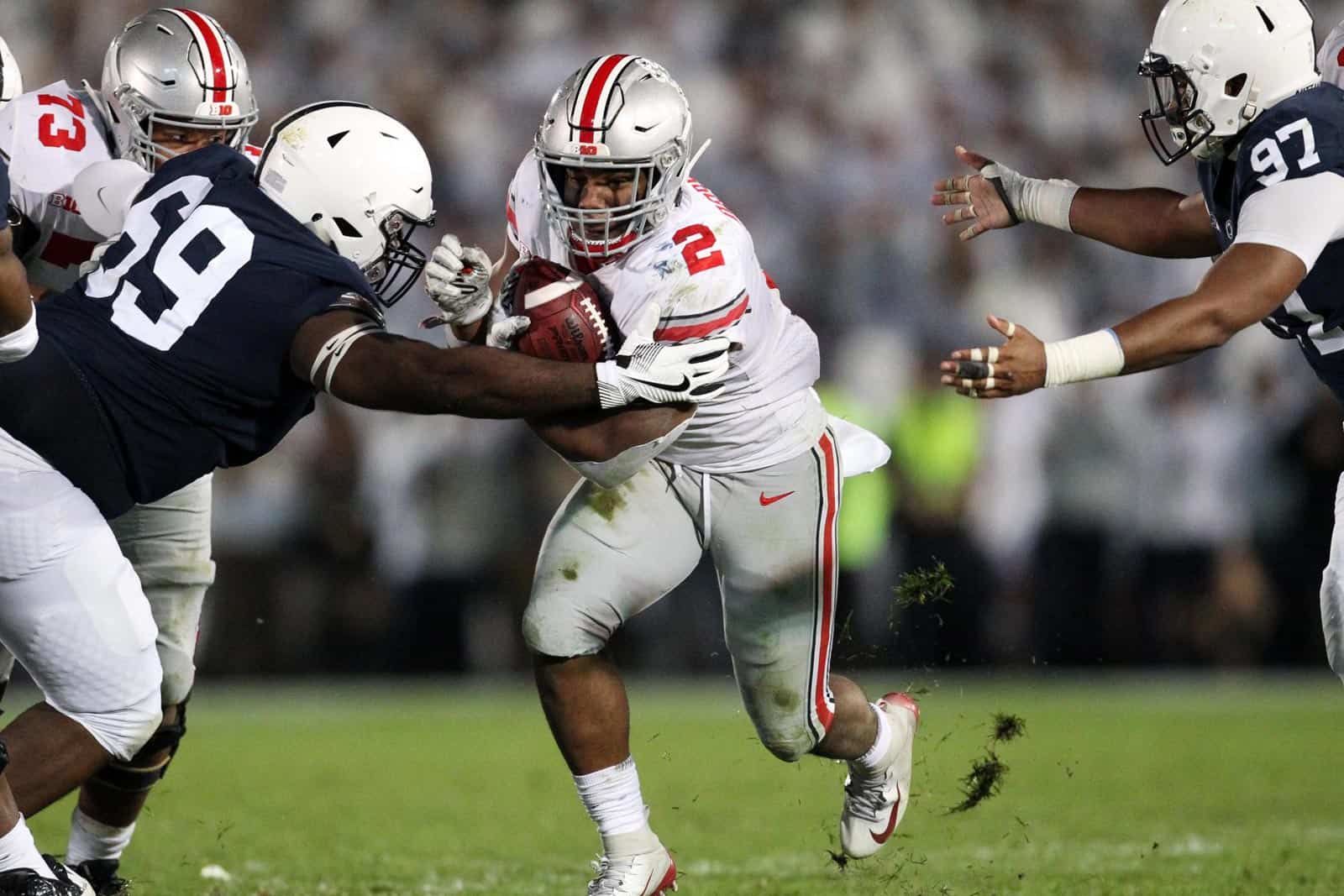 The Penn State Nittany Lions at the Ohio State Buckeyes football game on Saturday, November 23, will kickoff at noon ET and will be televised by FOX, it was announced on Wednesday.

Penn State, the No. 4 team in the initial College Football Playoff Rankings, will take on No. 1 Ohio State at Ohio Stadium in Columbus, Ohio. Both teams are currently tied atop the Big Ten East Division standings at 5-0 (8-0 overall).

Penn State and Ohio State have met on the gridiron every season from 1993 through 2018 and have played a total of 33 contests. The Buckeyes defeated the Nittany Lions last season in State College, Pa., 27-26, and now lead the overall series 19-14.

As part of the telecast of the Top Five matchup, FOX Sports is planning an “all-out production blitz” for the BIG NOON SATURDAY contest. The network will expand their pre-game show from one to two hours and will also have studio locations inside and outside Ohio Stadium.

Host Rob Stone and analysts Brady Quinn, Reggie Bush, Matt Leinart and former Ohio State coach Urban Meyer are live on FOX beginning at 10:00 AM ET from outside the southeast entrance to Ohio Stadium near the Recreation and Physical Activity Center (RPAC). In the 11:00 AM ET hour, the cast of BIG NOON KICKOFF moves inside the Horseshoe behind the end zone near the southwest tunnel for more analysis until the game kicks off at 12:00 PM ET. FOX College Football lead broadcasters Gus Johnson, Joel Klatt and Jenny Taft have the call.

FOX Sports’ outdoor set features a demo field, used for BIG NOON KICKOFF’s popular “Urban’s Playbook” segment, as well as two large LED screens. The screens show live pregame, halftime and postgame coverage, as well as the entirety of the game for fans outside the stadium.

Penn State is scheduled to play at the No. 13 Minnesota Golden Gophers this Saturday at noon ET on ABC. Ohio State welcomes the Maryland Terrapins to Ohio Stadium, with the game set for noon ET on FOX.

This should be at night.

Hmmm, will College Gameday be there as well?