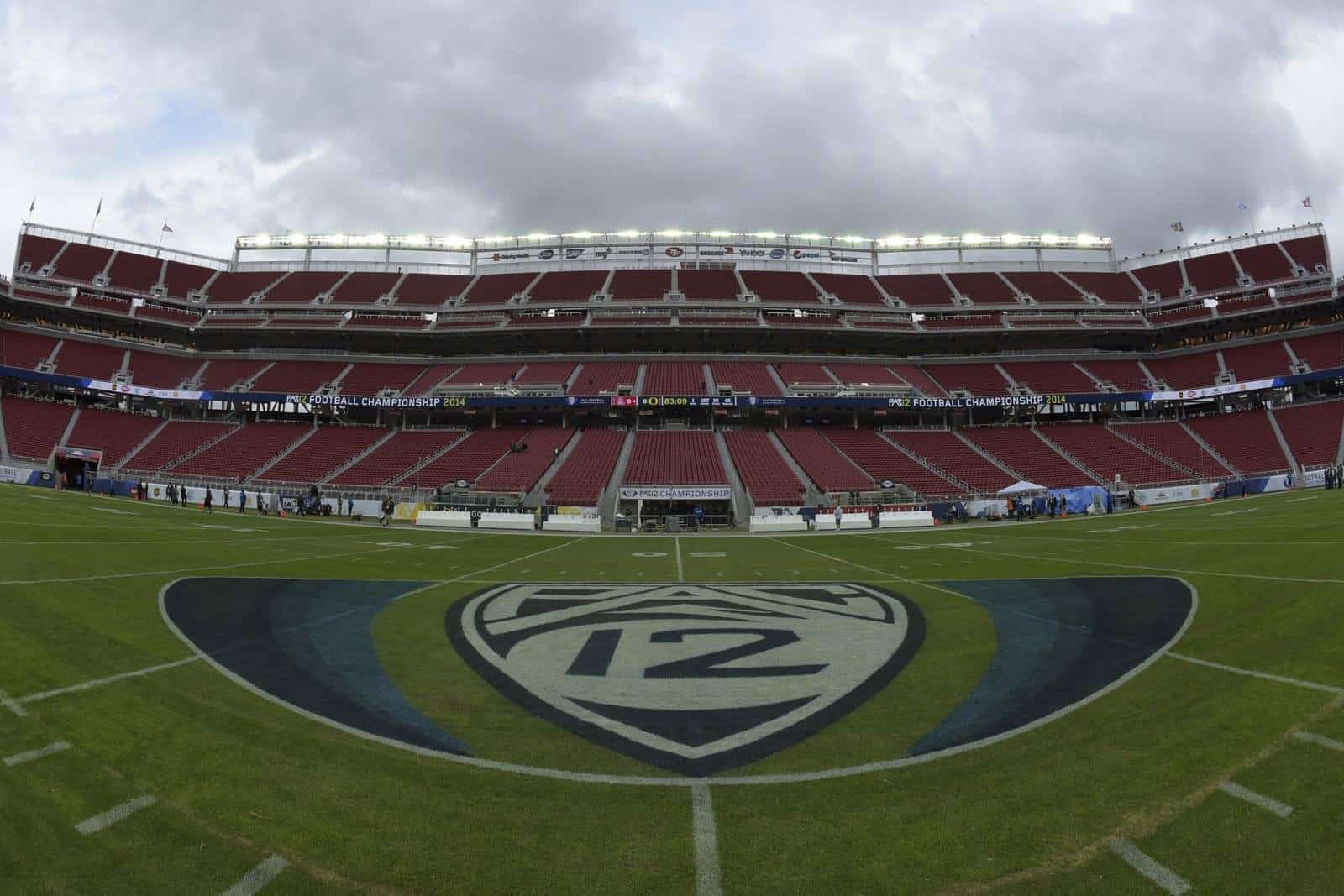 The agreement adds two years to the current contract. Additionally, the contract also includes an option to play the 2020 Pac-12 Football Championship Game in Santa Clara as well.

“I’m very pleased with the experience we’ve created for our fans, universities, and student-athletes over the last three years,” said Scott. “I look forward to working with our great partners at Levi’s Stadium and the San Francisco 49ers to continue to grow this marquee event in the Bay Area.”

The 2017 Pac-12 Football Championship Game is set for Friday, Dec. 1. The game will be televised by ABC or ESPN.

Attendance would be better if this game were played on Saturday instead of Friday at 5p, Pacific Time.

t is nearly impossible to sellout this game with the huge distances involved in driving and on such short notice. After UW got into the game last year the Seattle-San Jose round trip airfaire went from $ 260 dollars to over $ 900-nice gouging job by Alaska Airlines. If UW plays USC this season you might get up to 60,000 in attendance.

SEC sells out Atlanta on short notice. Granted Auburn, Alabama and Uga have solid fan bases in Atlanta but Stanford is next door to San Francisco. Sure the SEC travels better than most but that is no excuse for poor attendance for a “Power 5” conference. Mizzou is not close to Atlanta and they had a strong presence at the SEC Championship in 2013 &14. Step up Pac 12, you’re the 2nd best of the Power 5. Show up!

This game needs to go to Los Angelas or Las Vegas when those cities get NFL stadiums. It’ll sell out no problem

SEC sells out Atlanta because Atlanta is the biggest city in the country where college football is the #1 sport (CF Hall of Fame is there because of this). Atlanta turns out for CF no matter who plays (TX A&M v Duke & TCU v Miss both sold out with no local team).

PAC is not a College Football friendly market. They need to play on Saturday and probably go back to playing on campus. Maybe a move to Vegas when the Raiders stadium is open will help.

Yes. Onto Vegas and make it a destination game. Pac12 can probably start to get some kickoff neutral site games there, too.