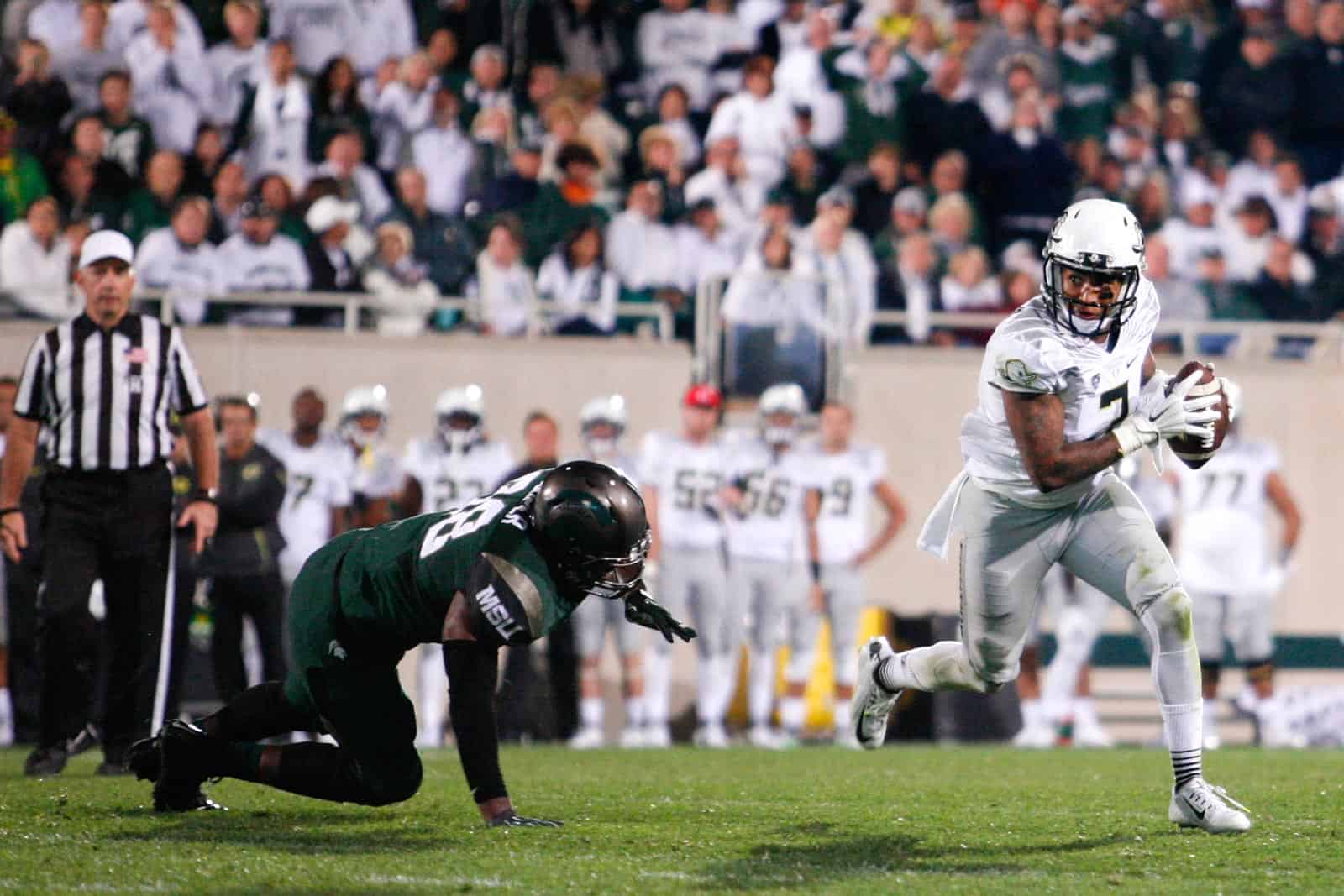 The Oregon Ducks and the Michigan State Spartans have scheduled a home-and-home football series for 2029 and 2030, both schools announced on Monday.

In the first game of the series, Oregon will travel to face Michigan State at Spartan Stadium in East Lansing on Sept. 8, 2029. The Ducks will then host the Spartans at Autzen Stadium in Eugene on Sept. 7, 2030.

Oregon and Michigan State last met in a home-and-home series during the 2014 and 2015 seasons. The Ducks beat the Spartans 46-27 in Eugene in 2015, and then Michigan State won the following season 31-28 at home.

Overall, Oregon and Michigan State have met six times on the gridiron and the series is all tied up at three games apiece.

The Oregon-Michigan State series is the fist announced non-conference opponent for both schools for the 2029 and 2030 seasons.