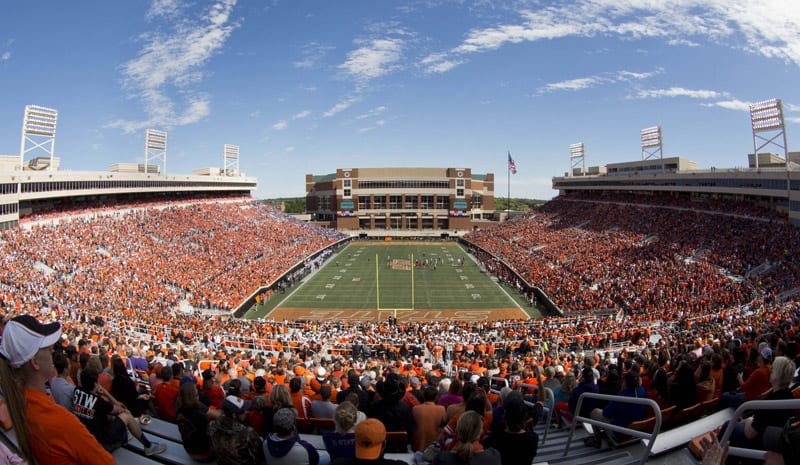 The Oklahoma State Cowboys and the Tulsa Golden Hurricane have agreed to a new contract for a three-game football series for 2019 through 2021.

Oklahoma State and Tulsa have one game left on their current contract — a Sept. 2, 2017 game set for Stillwater.

“We’re excited to get Oklahoma State and their fans to our venues in the sports of men’s basketball and football,” said TU’s Vice President and Director of Athletics Derrick Gragg. “It’s obvious that both of these universities are held in extremely high regard in the city of Tulsa, the region and the state of Oklahoma. Continuing to play series’ in these two sports with Oklahoma State is a win-win situation for both schools.”

Oklahoma State currently leads the overall series over Tulsa 40-27-5. The Cowboys have won five straight in the series and eight of the last ten.

In addition to the game against Oklahoma State, the Golden Hurricane are slated to play at San Jose State and UL Lafayette in 2019. The Cowboys are the first announced opponent for Tulsa in 2020 and 2021.