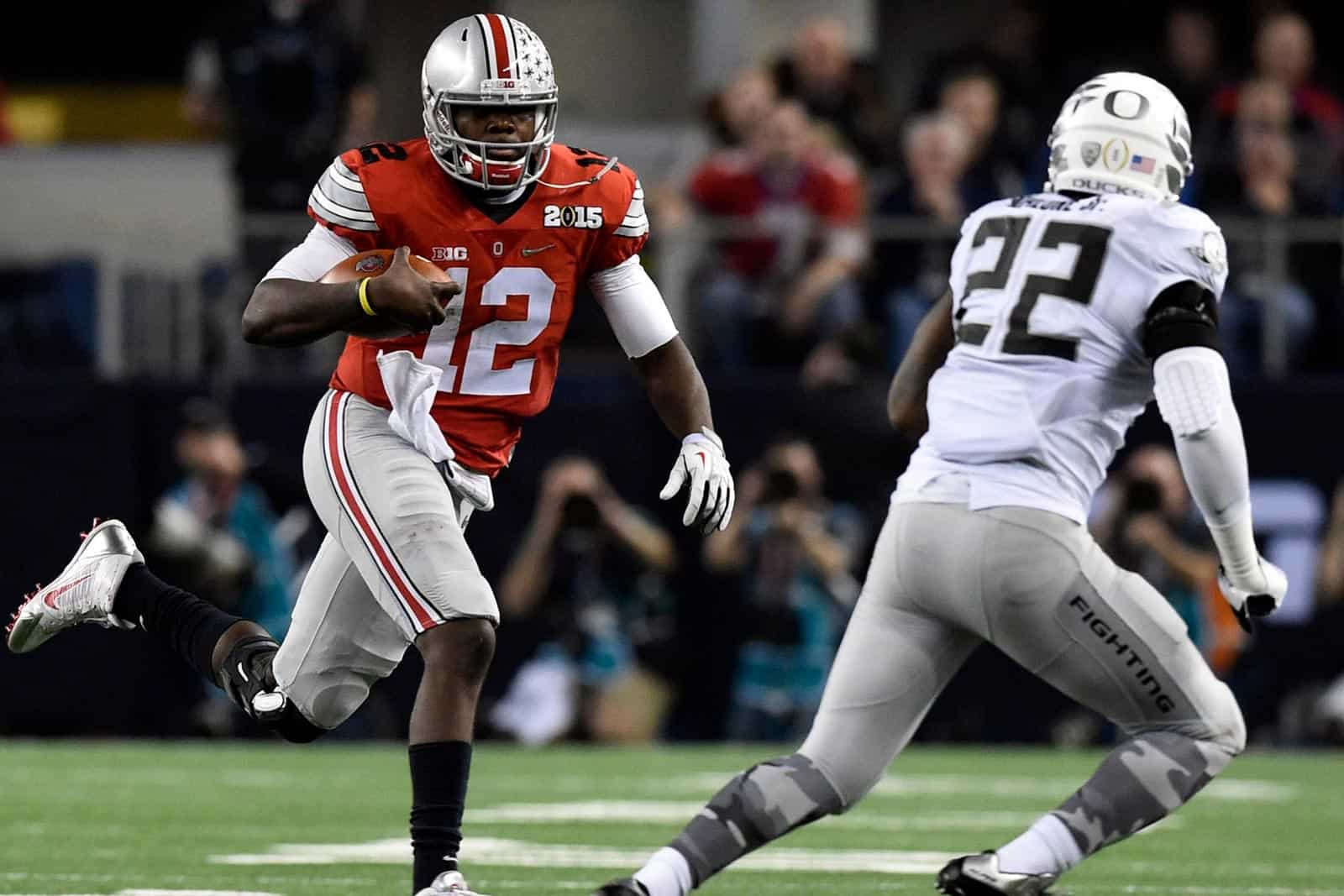 The Ohio State Buckeyes and the Oregon Ducks have scheduled a home-and-home football series for 2032 and 2033, OSU athletic director Gene Smith confirmed to Eleven Warriors on Thursday.

The series will begin with Ohio State traveling to take on Oregon at Autzen Stadium in Eugene, Oregon, on Sept. 11, 2032. The following season, the Buckeyes will host the Duck at Ohio Stadium in Columbus, Ohio, on Sept. 10, 2033 (dates per OregonLive).

Ohio State and Oregon were scheduled to begin the first game of a home-and-home series in Eugene last season, but the game was canceled due to the novel coronavirus 2019 (COVID-19) pandemic. The second half of that series is scheduled for this season in Columbus on Saturday, Sept. 11, 2021.

With the two-game series trimmed down to one game, Ohio State has agreed to pay Oregon a $3.5 million guarantee for this season’s game in Columbus, according to the Eleven Warriors report.

“We just couldn’t find a date next year or the year after or even before ‘26, there was no way that we could return the game. And that’s why we had to up the guarantee,” Smith told Eleven Warriors.

Ohio State and Oregon first met on the gridiron in the Rose Bowl Game on January 1, 1958. The two schools last met in the College Football Playoff National Championship on January 12, 2015 at AT&T Stadium in Arlington, Texas. The Buckeyes defeated the Ducks in that contest, 42-20, to extend their unbeaten record in the series to 9-0.

I’m not telling Gene Smith what to do, but couldn’t they just…play whichever one of those games is set to be in Eugene without getting another game in Columbus? I mean, fun games are fun so far be it from me to complain about more Ohio State/Oregon. But just asking.

Nice pair of games. This is the type of series fans want to see. Good to see these two schools get together on this.

The players who will face each other are currently in kindergarten through the 4th grade. Those fans who are older than 70 have a 10-30% chance of being alive for those games.

I’m still waiting for the day when Oregon finally becomes brave enough to schedule Alabama or something, if they do schedule a home and home, it will most likely be in 2034 and 2035 (with it matching the Alabama-Virginia Tech home and home) or simply any date after it.

Or maybe a kickoff game in 2031 since Oregon hasn’t scheduled any opponent for that date.

They’ve scheduled H&H with Tennessee, Michigan St (when they were elite), Ohio State, neutrals with LSU and Auburn, and a neutral with Georgia coming up, soon. All that doesn’t make them “brave enough”?