Notre Dame and Navy to Play in San Diego in 2018 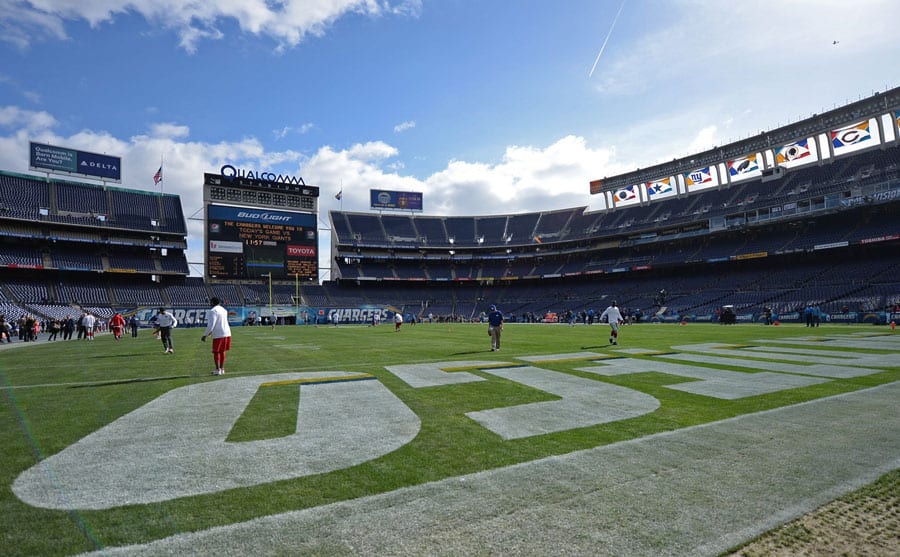 The Notre Dame Fighting Irish and the Navy Midshipmen will play in San Diego in 2018, Navy and the San Diego Bowl Game Association announced today.

Notre Dame and Navy have met a total of 88 times dating back to 1927. The Fighting Irish have won 75 of those meetings, including four straight.

“We are excited about the opportunity to play a regular-season game against Notre Dame in San Diego, which is a city filled with Navy and Marine Corps service men and women,” said Naval Academy Director of Athletics Chet Gladchuk. “The partnership the Naval Academy has had with the bowl administration in San Diego has been extraordinary for well over a decade.  This special matchup with Notre Dame will mirror in many ways the highly successful event format that has brought great success to the economy, city, and community over the years.  We are so very pleased to bring the Navy family together again in this wonderful environment for what is always a highly competitive match up against two institutions with unparalleled national respect and tradition.  We are all looking forward to 2018.”

Earlier this month, Notre Dame and Navy revealed that they will play their 2016 meeting at EverBank Field in Jacksonville, Florida. Northeastern Florida has a strong military presence, while San Diego is host to the largest Naval fleet in the world.

Good choice! I just wonder of the cost of getting 3,000+ Middies out to Calif…

Not part of the package, usually. They’ll have plenty of in-service and retired personnel easily on hand.

navy play notre dame at your place for once

Their home stadium is WAY too small. M&T Bank Stadium or FedEx Field would work just fine, though, and Notre Dame would probably have few qualms with those venues.

I’d think so, given they have played several recent Navy home games there. I’m almost sure Navy gets to pick the venue far more often than not (the 2012 Dublin game possibly being an exception, I don’t know the backstory).

Notre Dame & Navy playing in San Diego will be unique for sure. On a totally unrelated note, here’s hoping that the Chargers will remain in the San Diego area for many more years to come.

James may be right. In 2014, Navy played ND at FEDEX Field in front of only 36,807. I think the Irish should visit Annapolis one of these years and fill Navy-Marine Corps.