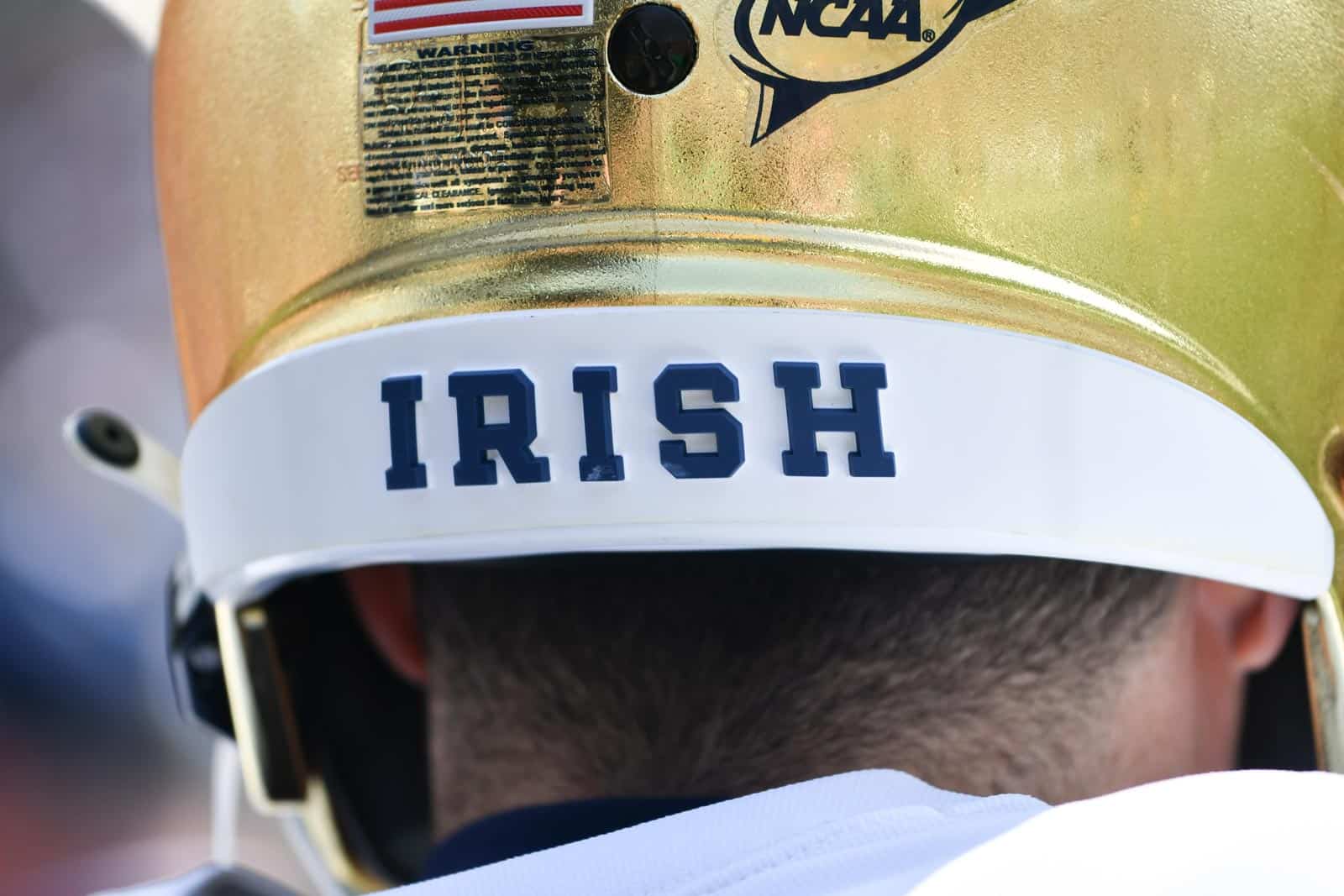 Notre Dame’s football schedule in 2022 will feature six games on NBC and one game exclusively on Peacock, the school announced on Monday.

The Notre Dame Fighting Irish will open their home schedule at Notre Dame Stadium in South Bend, Ind., on Saturday, Sept. 10 against the Marshall Thundering Herd. The game will be televised by NBC and streamed by Peacock at 2:30pm ET

Notre Dame’s home contest the following week on Saturday, Sept. 17 against the California Golden Bears will also air on NBC and Peacock at 2:30pm ET.

Three weeks later on Saturday, Oct. 8, the Fighting Irish will take on the BYU Cougars in their annual Shamrock Series game at Allegiant Stadium in Las Vegas, Nevada. The game will kickoff in primetime at 7:30pm ET on NBC with streaming on Peacock.

Notre Dame will host the Stanford Cardinal the following week on Saturday, Oct. 15 in South Bend, also at 7:30pm ET on NBC and Peacock.

On Saturday, Nov. 5, Notre Dame hosts the Clemson Tigers in a primetime tilt at 7:00pm ET on NBC and Peacock. Kickoff for this contest was moved up 30 minutes from its originally announced time.

Notre Dame’s final home game of the 2022 season is scheduled for Saturday, Nov. 19 against the Boston College Eagles. NBC and Peacock will broadcast the game at 2:30pm ET.

The NBC broadcast team for Notre Dame football this season will feature Jac Collinsworth on play-by-play, Jason Garrett with analysis, and Zora Stephenson reporting from the sidelines.

Notre Dame is scheduled to open the 2022 season on the road against the Ohio State Buckeyes on Saturday, Sept. 3. The game will be televised by ABC at 7:30pm ET.

Where did Mike Tirico go? He did an outstanding job on “Notre Dame Saturdays” these past few seasons.

He got the full time play-by-play Sunday Night Football job now that Al Michaels is going to Amazon.

Is it Peacock or Peacock Plus—-it is very important to distinguish because one is FREE and one requires a subscription. I’ll assume subscription, but please make the distinction going forward.

The release just says Peacock, it does not mention Peacock Plus.