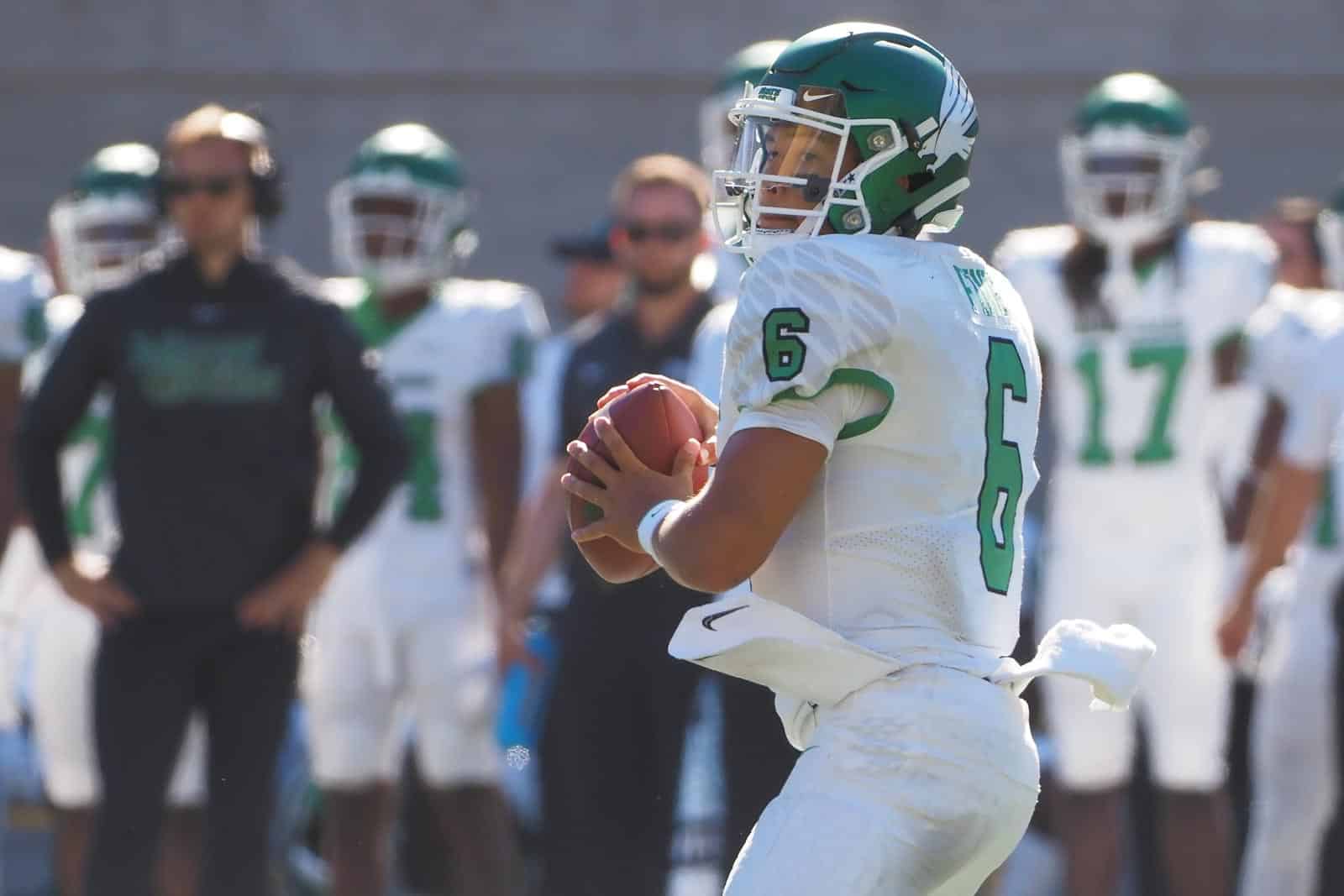 The North Texas Mean Green at UTEP Miners football game has been moved to Denton, Texas, it was announced on Friday.

The two schools were scheduled to meet at Sun Bowl Stadium in El Paso, Texas, on Saturday, Dec. 12. The game will now be played at North Texas’ Apogee Stadium in Denton and the contest has been moved up one day to Friday, Dec. 11. The game will be broadcast by ESPN3 at 6:00pm ET/5:00pm CT.

The game was relocated to Denton due to “… issues related to CoVID-19 in El Paso and its surrounding areas.”

“We are understanding of the situation in El Paso and worked diligently with the UTEP administration to find an amicable solution to play the game,” North Texas Director of Athletics Wren Baker said. “We appreciate the cooperation of UTEP and Conference USA because we know what it’s like to go several weeks without playing and the difficulties of logistics in trying to play in this uncertain time. We wanted to make every effort to get this game in as long as we could do it safely.”

North Texas and UTEP were originally scheduled to play on Saturday, Oct. 31, but the game was postponed.

“We feel playing this game in Denton will give us the best opportunity to get back on the field and compete,” UTEP head coach Dana Dimel said. “We are eager to get another game in, and this gives our team the chance to end the regular season with a .500 record.”

UTEP (3-4, 0-3 C-USA) has had three consecutive games canceled due to COVID-19, including their home contest against Southern Miss that was scheduled for tonight. The Miners haven’t played since a Nov. 14 victory at UTSA.

North Texas is 3-5 overall and 2-4 in Conference USA action so far this season. The Mean Green fell at home to the Louisiana Tech Bulldogs on Thursday night, 42-31.