North Dakota State to play at Arizona in 2022 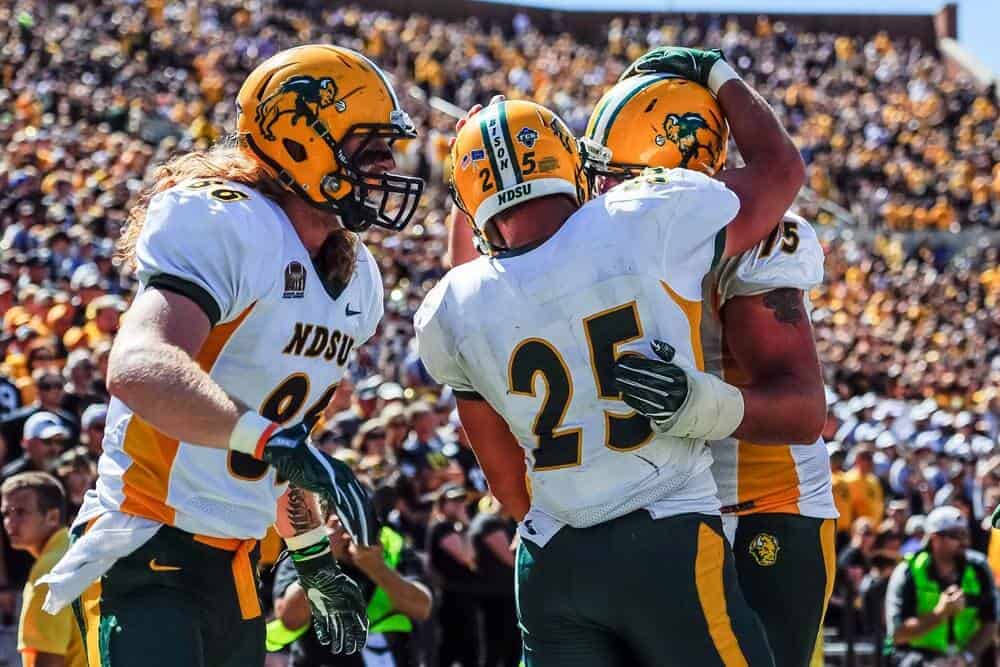 The North Dakota State Bison will play at the Arizona Wildcats in 2022, the school announced on Monday.

North Dakota State will take on the Arizona Wildcats at Arizona Stadium in Tucson on Sept. 17, 2022. The game will be the first-ever meeting between the two schools.

NDSU is a member of the Missouri Valley Football Conference in the Football Championship Subdivision. The Bison won the FCS National Championship in 2011, 2012, 2013, 2014, and 2015.

North Dakota State previously announced future FBS games at the Oregon Ducks on Sept. 5, 2020 and at the Colorado Buffaloes on Aug. 31, 2024.

In their most recent FBS matchup in 2016, North Dakota State kicked a field goal as time expired to upset No. 13 Iowa 23-21.

Arizona has now tentatively completed their non-conference schedule for the 2022 season. The Wildcats are also scheduled to play at San Diego State (Sept. 3) and host Mississippi State (Sept. 10).

Your Miami FL & FIU schedule pages yet to be updated…
https://fbschedules.com/2016/11/miami-fl-fiu-push-back-future-home-and-home-football-series/

Scheduling NDSU as your OOC FCS team is playing with fire