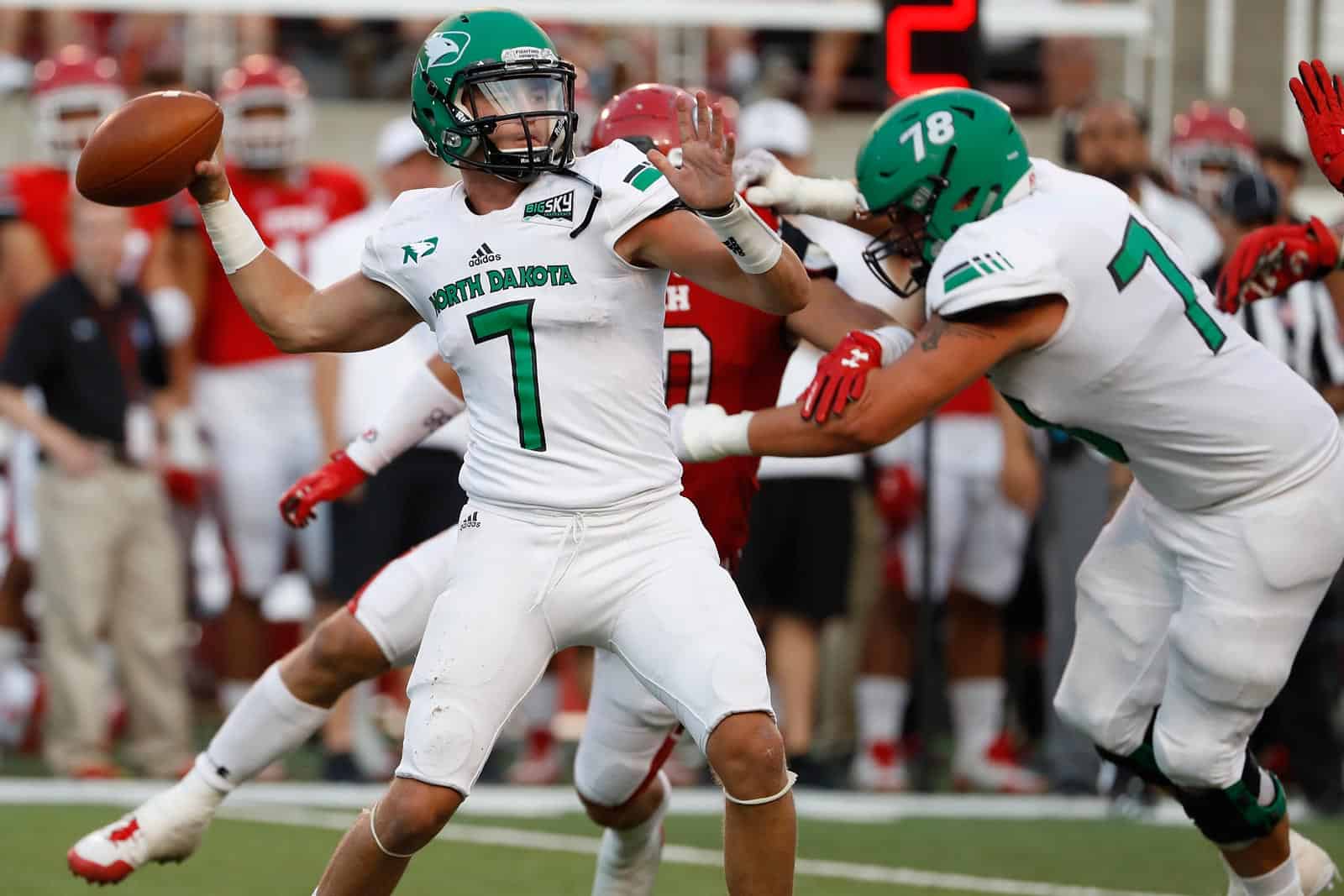 The North Dakota Fighting Hawks have added two games with the Drake Bulldogs to their future football schedules, the school announced on Wednesday.

North Dakota and Drake first met on the gridiron in 2011 and have played three times overall. The two schools met in Grand Forks to open the 2019 season with the Fighting Hawks coming out on top, 47-7, to extend their series lead to 3-0.

North Dakota is finishing up their second and final season as a Football Championship Subdivision (FCS) Independent. The Fighting Hawks are moving to the Missouri Valley Football Conference beginning with the 2020 season.

The Drake Bulldogs are members of the Pioneer Football League in the FCS.

North Dakota also confirmed today our previous report that they will play a home-and-home series with the Dixie State Trailblazers. The Fighting Hawks will host the Trailblazers at the Alerus Center on Oct. 29, 2022, and will travel to St. George, Utah, on Nov. 9, 2024.

With the addition of games against Drake and Dixie State, North Dakota has now completed their non-conference football schedule through the 2024 season. Below are those matchups: