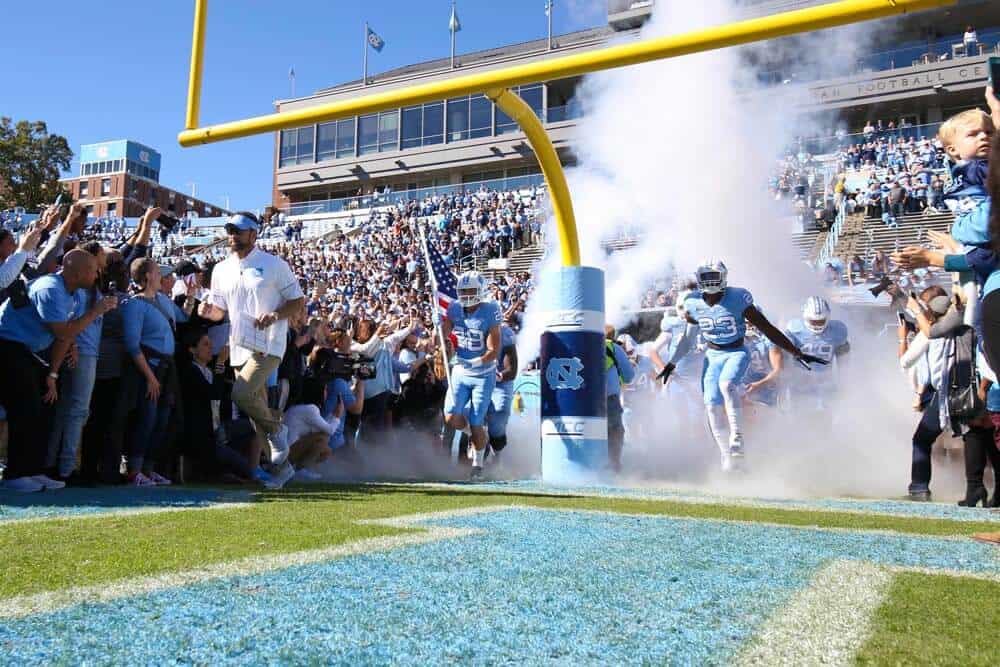 The North Carolina Tar Heels have added the Mercer Bears to their 2019 football schedule, FBSchedules.com has learned.

North Carolina will host Mercer at Kenan Memorial Stadium in Chapel Hill on Nov. 23, 2019. The Bears will receive a $400,000 guarantee for the game, according to a copy of the contract obtained from UNC via a public records request.

The addition of Mercer tentatively completes UNC’s 2019 non-conference schedule. The Tar Heels are slated to open the season vs. South Carolina at Bank of America Stadium in Charlotte.

Two weeks later, North Carolina travels to take on Wake Forest in a non-conference game that won’t count towards the ACC standings. UNC and Wake scheduled the series because under the current ACC scheduling rotation, the two in-state rivals only play once every seven years.

In ACC play in 2019, the Tar Heels are scheduled to host Duke, Miami (FL), Virginia, and Clemson and travel to Georgia Tech, Pittsburgh, Virginia Tech, and NC State.