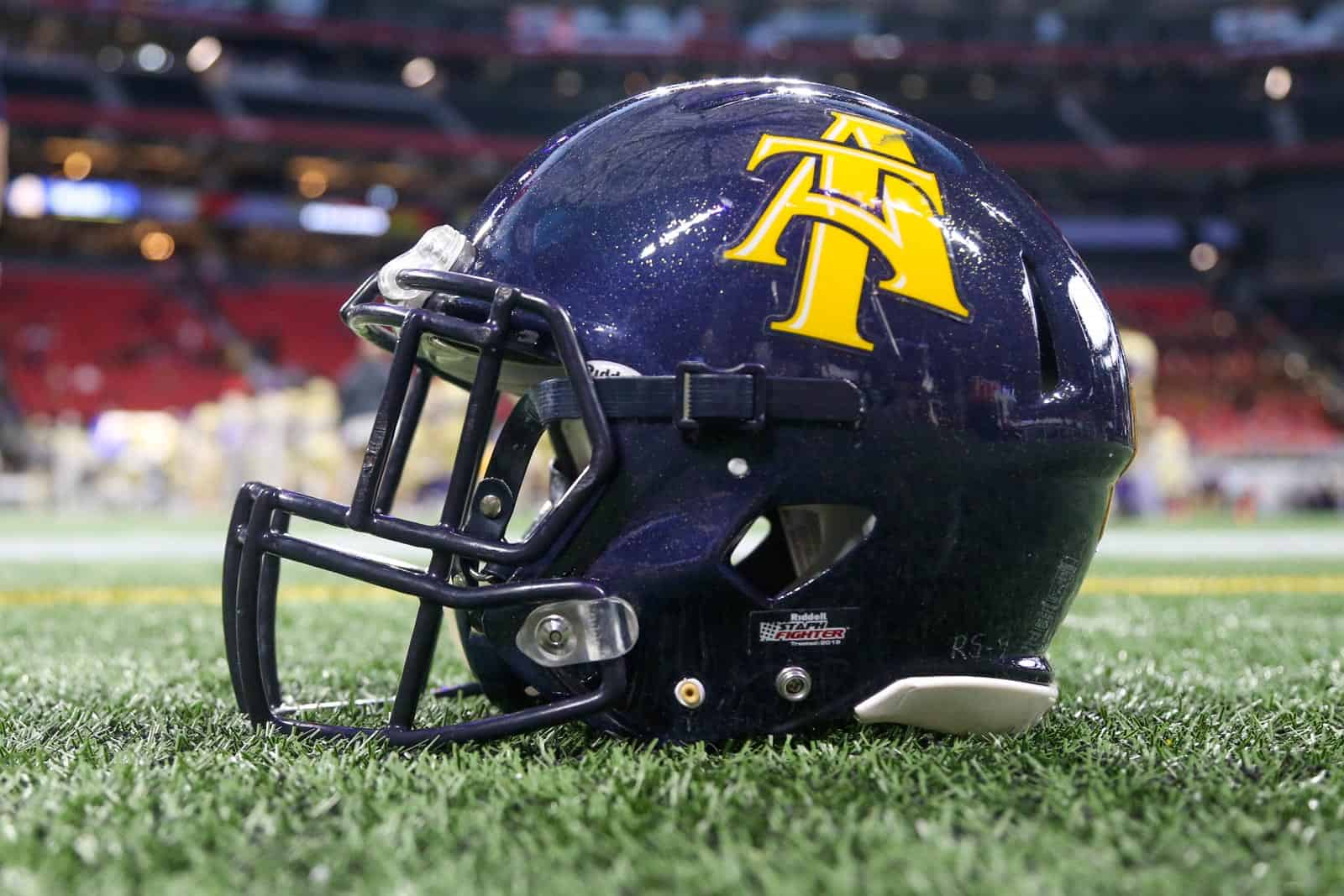 The North Carolina A&T Aggies have announced their 2020 football schedule, which features games at Liberty and North Dakota State.

“We always want to see where we measure up with the very best,” said N.C. A&T coach Sam Washington.

“If you’re going to say you’re one of the best FCS programs in the country, you have to continually go out and prove it,” Washington continued. “There is no question it is a challenging schedule, but we would not have it any other way. We want to be regarded as an elite program.”

North Carolina A&T will open the 2020 season at home at BB&T Stadium in Greensboro, N.C., against the Shaw University Bears. Shaw is a member of the Central Intercollegiate Athletic Association (CIAA) in Division II.

The Aggies then set out for three consecutive road contests, beginning at the Liberty Flames on Sept. 12 and followed by the national champion North Dakota State Bison on Sept. 19. North Carolina A&T then opens up Mid-Eastern Athletic Conference (MEAC) action at the Delaware State Hornets on Sept. 26.

Back-to-back games at BB&T Stadium are up next as the Norfolk State Spartans visit on Oct. 3 and, following an open date, the Florida A&M Rattlers come to town on Oct. 17.

North Carolina A&T travels to the nation’s capital on Oct. 24 to take on the Howard Bison before returning home for consecutive contests in Greensboro against the South Carolina State Bulldogs on Oct. 31 and the Morgan State Bears on Nov. 7.

The Aggies wrap up their 2020 regular-season schedule with back-to-back games on the road against the Bethune-Cookman Wildcats on Nov. 14 and the North Carolina Central Eagles on Nov. 21.

Below is North Carolina A&T’s complete schedule for the 2020 season:

North Carolina A&T finished the 2019 season with a 64-44 victory over the Alcorn State Braves in the Celebration Bowl. The Aggies went 9-3 overall (6-2 MEAC) and won the MEAC championship.