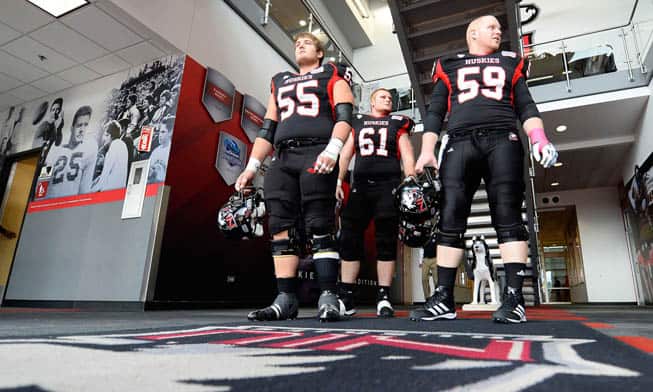 The SEC has been at the forefront of the football scheduling topic this week due to their announcement on Sunday that they will stay with an 8-game conference schedule.

But SEC commissioner Mike Slive also added a strength of schedule mandate to the format beginning in 2016. All conference members must schedule at least one team each season from the other power conferences (ACC, Big 12, Big Ten, Pac-12) or Notre Dame.

The Northern Illinois Huskies, a member of the MAC, wouldn’t satisfy the SEC’s strength of schedule mandate. But that didn’t stop Associate Vice President & Director of Athletics Sean T. Frazier from inviting SEC schools to have a little chat.

Most of NIU’s seven losses to the SEC came in the 1990’s, and most weren’t close except for three tussles with Vanderbilt.

But since 2008, NIU has an overall record of 59-23 and has claimed two MAC titles and five division titles. During that period they beat Iowa, Purdue (twice), Kansas, and Minnesota.

Although NIU has proven to be a tough out lately, they would be better for strength of schedule than a good portion of the FBS and just about any FCS team.

A few SEC schools should step up to the plate and talk to Mr. Frazier about a future match-up. From the looks of it, NIU has several openings from 2016 and beyond.

Well they’re playing at Arkansas this year so they’re getting their wish.

Get one of these SEC schools to come to Soldier Field in 2016, 2017 or 2018. NIU has a loyal following in Chicagoland area and surely you could get plenty of SEC fans/alum in the area, shouldn’t be hard to get 55k+ fans. Work your magic Mr Frazier. Show them NIU ain’t scared. GO HUSKIES!

South Carolina vs Northern Illinois in a home and home series kind of. 1 game in the Bears stadium and the other in the Panthers stadium. I could see that. Both teams on the up and up lately. Could be interesting.

NIU has the alumni base, facilities, and nearness to population that the Big XII should consider (and surprising that the American hasn’t) in any expansion to 12. Comparing NIU vs. Iowa State, it’s hard to see why it wouldn’t be a reasonable idea compared to taking Memphis with Cincinnati. An ISU-NIU-Cincinnati-WVU “northern line” makes some sense in putting some dots in between ISU and WVU.