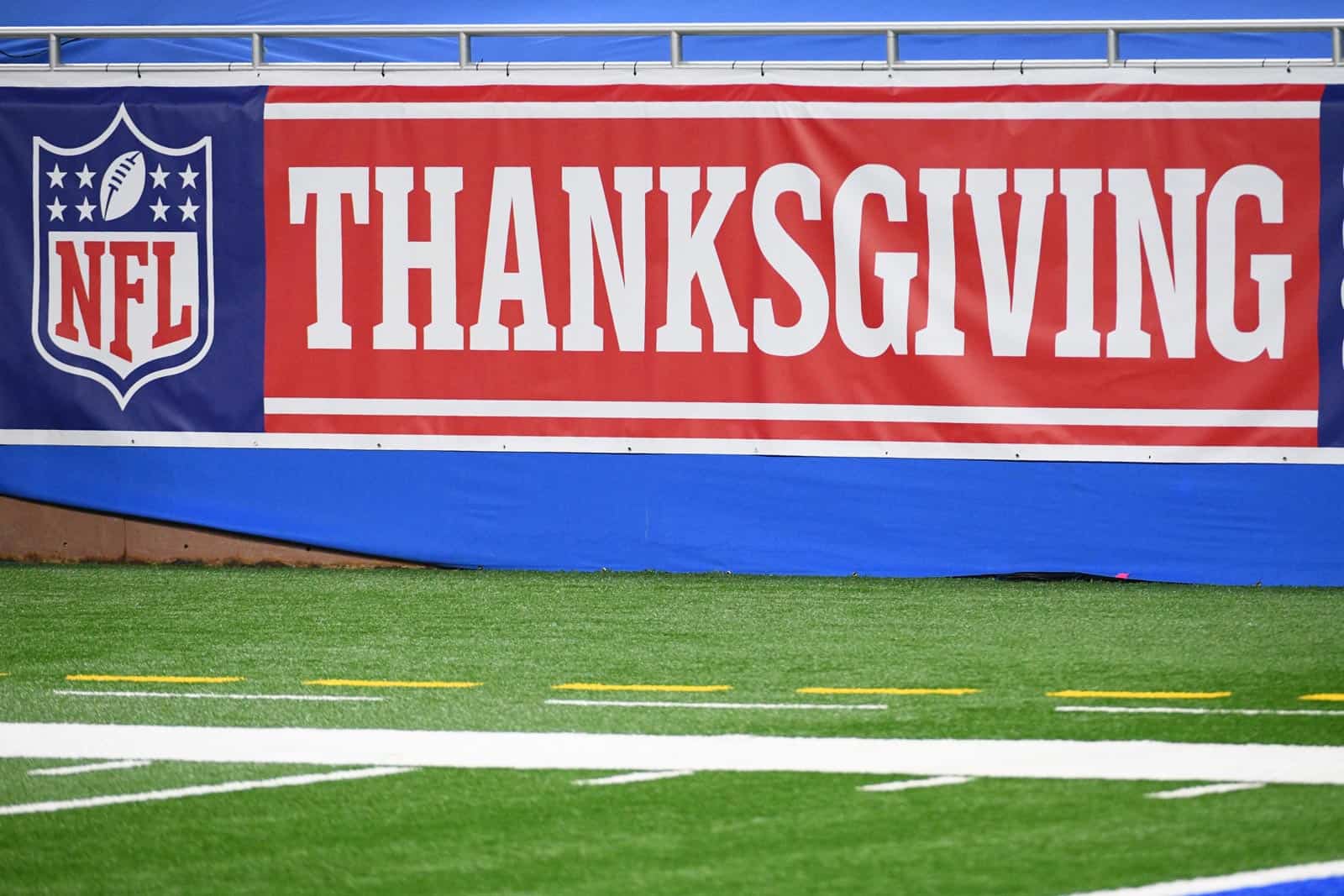 The NFL Thanksgiving schedule for the 2021 season once again features three games, with Detroit and Dallas hosting traditional contests.

Turkey day action begins on Thursday, Nov. 25 with the Detroit Lions hosting the Chicago Bears at Ford Field in Detroit, Mich. The game will be televised by FOX at 12:30pm ET.

Earlier this season in Week 4, Detroit traveled to face Chicago at Soldier Field and lost 24-14.

The second NFL Thanksgiving game in 2021 features the Dallas Cowboys playing host to the Las Vegas Raiders at AT&T Stadium in Arlington, Texas. CBS will televise the matchup at 4:30pm ET.

Dallas currently leads the NFC East with a 7-2 record, while Las Vegas (5-4) is tied for third with the Los Angeles Chargers in the AFC West.

The final NFL game on Thanksgiving day is scheduled for prime time at 8:20pm ET on NBC. The New Orleans Saints will host the Buffalo Bills in that matchup at Caesars Superdome in New Orleans, La.

New Orleans (5-4) is currently in second place in the NFC South, while Buffalo leads the AFC East with a 6-3 record.

After Thanksgiving, Week 12 NFL action continues on Sunday, Nov. 28 with 11 games, including the Cleveland Browns traveling to take on the Baltimore Ravens in Sunday Night Football. The Monday Night Football matchup features the Washington Football Team hosting the Seattle Seahawks.