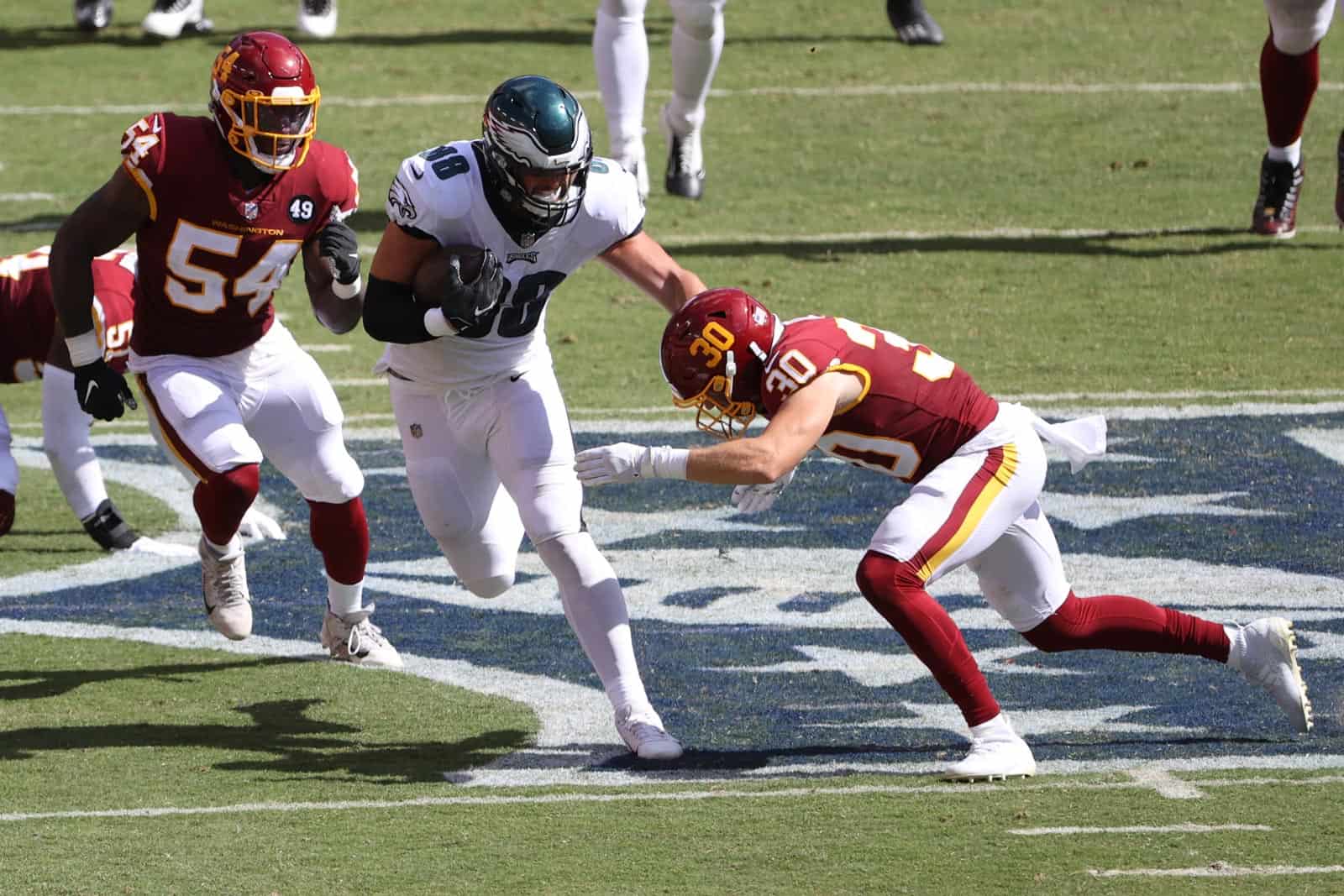 The 2020 NFL schedule has undergone a few changes for the final week of the season, Week 17, the league announced on Sunday.

The Washington Football Team at Philadelphia Eagles game, previously scheduled for 1:00pm ET on FOX, has been flexed to Sunday Night Football. The game will now be televised nationally by NBC at 8:20pm ET.

No other Week 17 games were affected by the change, per the league announcement.

Below is the revised schedule for Week 17 of the 2020 NFL season. See our weekly NFL schedule for the entire season slate.