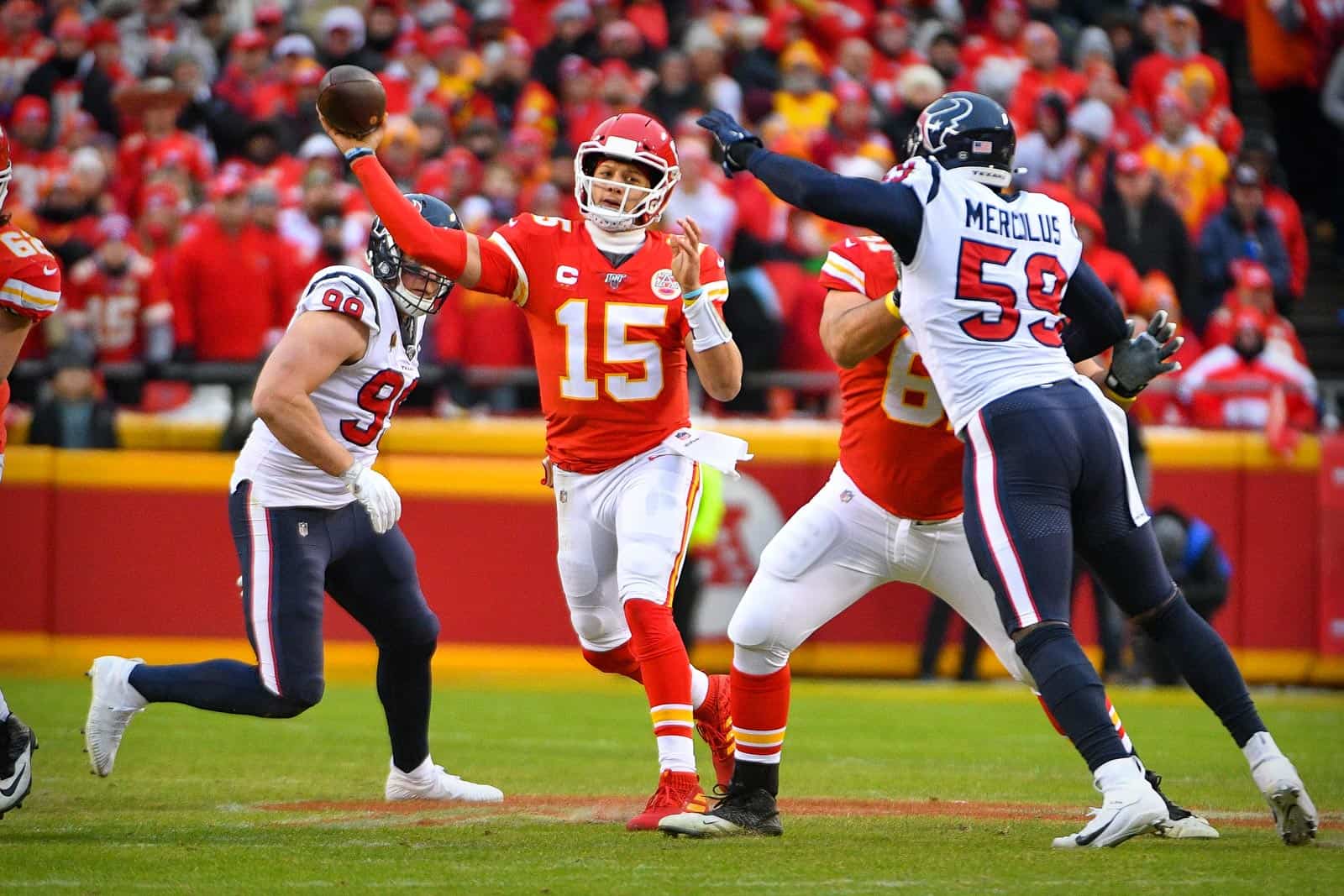 The 2020 NFL Schedule kicks off on Thursday night with the Houston Texans visiting the Super Bowl champion Kansas City Chiefs at Arrowhead Stadium. The game is set for 8:20pm ET on NBC.

Houston and Kansas City met most recently on January 12, 2020 in the Divisional Round of the 2019 NFL Playoffs. The Chiefs defeated the Texans in that contest, 51-31, at Arrowhead Stadium in Kansas City, Mo.

A full day of action in Week 1 begins on Sunday, September 13 with 13 contests on the schedule. The action begins at 1:00pm ET with nine games — Seattle at Atlanta, Cleveland at Baltimore, NY Jets at Buffalo, Las Vegas at Carolina, Chicago at Detroit, Indianapolis at Jacksonville, Green Bay at Minnesota, Miami at New England, and Philadelphia at Washington.

One game is scheduled to start at 4:05pm ET on Sunday, LA Chargers at Cincinnati, while the 4:25pm ET time slot features two more contests — Tampa Bay at New Orleans and Arizona at San Francisco.

The 2020 NFL Sunday Night Football Schedule kicks off with the Dallas Cowboys traveling to take on the Los Angeles Rams. The game is set for 8:20pm ET on NBC.

Monday Night Football concludes the action in Week 1, and it features a doubleheader on ESPN. The New York Giants host the Pittsburgh Steelers at 7:15pm ET and the Denver Broncos host the Tennessee Titans at 10:10pm ET.

The NFL Playoffs are scheduled to begin on Saturday, January 9, 2021 with the Wild-Card Round. Divisional Round action kicks off the following week on Saturday, Jan. 16, which leads into the AFC and NFC Championship games on Sunday, Jan. 24.

Super Bowl LV is scheduled for Sunday, February 7, 2021 at Raymond James Stadium in Tampa, Fla. The game will be televised by CBS at 6:30pm ET.