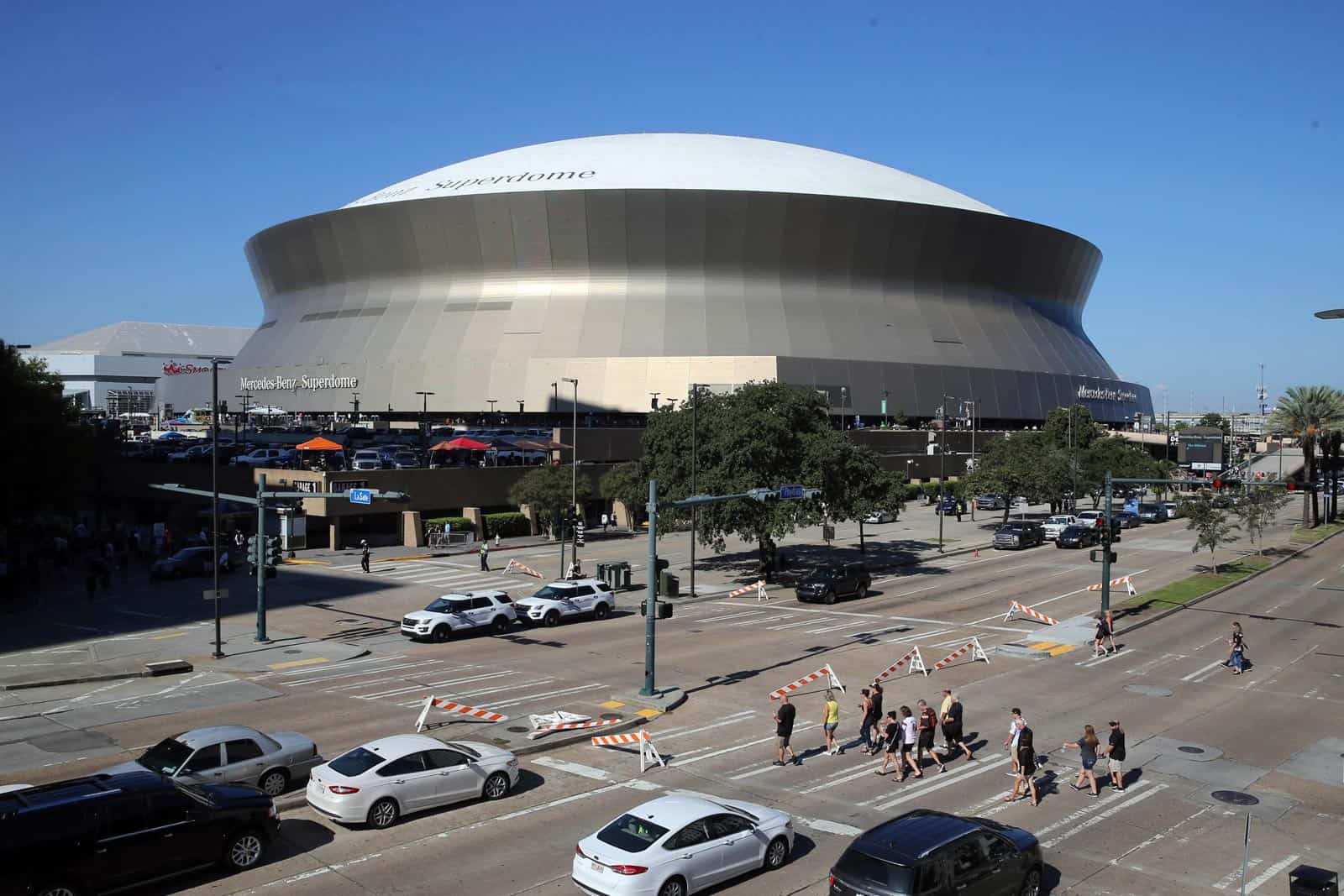 The NFL has moved the Super Bowl scheduled for New Orleans, La., in 2024 to 2025, it was announced on Wednesday.

New Orleans and Mercedes-Benz Superdome were previously scheduled to host Super Bowl LVIII (58) on Sunday, Feb. 4, 2024, which culminates the 2023 NFL season. However, the move to a 17-game regular-season will push that date back by at least one week, which conflicts with Mardi Gras that is set to begin on Feb. 13.

Super Bowl LIX (59) will now be played at Mercedes-Benz Stadium in New Orleans on Sunday, Feb. 9, 2025. There will be no conflict with Mardi Gras that year, as it’s not scheduled to begin until March 4.

The new site of the Super Bowl in 2024 (Super Bowl LVIII) will be announced at a later date. The new Allegiant Stadium in Las Vegas, Nevada, is one likely candidate.

Award Super Bowl 58 to Cleveland. Even though the Browns are playing well this year, the way the NFL seeding system is done effectively requires them to win their division to host at least one playoff game. And the Browns, the team with the longest ever division title drought in NFL history, are in a very tough division with the Ravens and Steelers.

Of course I think the NFL should just remove seeding priority for division winners, and in later years add an 8th playoff team to each conference to eliminate the first-round bye entirely, something that has become too much of a competitive advantage in recent years. Owners of teams like the Browns, whose last home playoff game was at the old stadium in 1994, and other teams with long home playoff game droughts, would be in favor of removing seeding priority for division winners if it meant their teams would host a playoff game sooner.

There’s no way that the NFL is going to host a Super Bowl in Cleveland unless Cleveland builds a domed stadium.

The Super Bowl was already held in New Jersey in 2014. That opened the door for future cold-weather Super Bowls.

For perspective, 21 of the league’s 32 teams all had at least one playoff game at home between 2015 and 2019. Here are the last home playoff games for each of the other 11 teams:

So chances are most of these owners are going to push towards the removal of seeding priority for division winners if it means hosting a playoff game sooner.

I wonder if this is a move for a premptive playoff bubble. Rumor is they are thinking of Dallas of LA where there are lots of NFL caliber fields in the same metro area. I guess in theory they could just push every other Super Bowl back a year. Personally, I say go with a Tampa-Orlando playoff bubble. Problem is a super bowl with few to no fans would be a financial hit to the Tampa area, so maybe giving them a re-do in winter 2022 or soon after would be a good consolation prize.

If we are still fighting COVID with bubbles in 2022 I will totally go crazy!

On a separate note I see lots of Super Bowls and Pro Bowls in Paradise, NV.

Super Bowl LXII (62) should take place at the Rose Bowl stadium in Pasadena, California, to celebrate Los Angeles’ hosting of the 2028 Summer Olympics and Paralympics. The game would occur on February 6, 2028. #LA2028 #sb62 #rosebowl :)