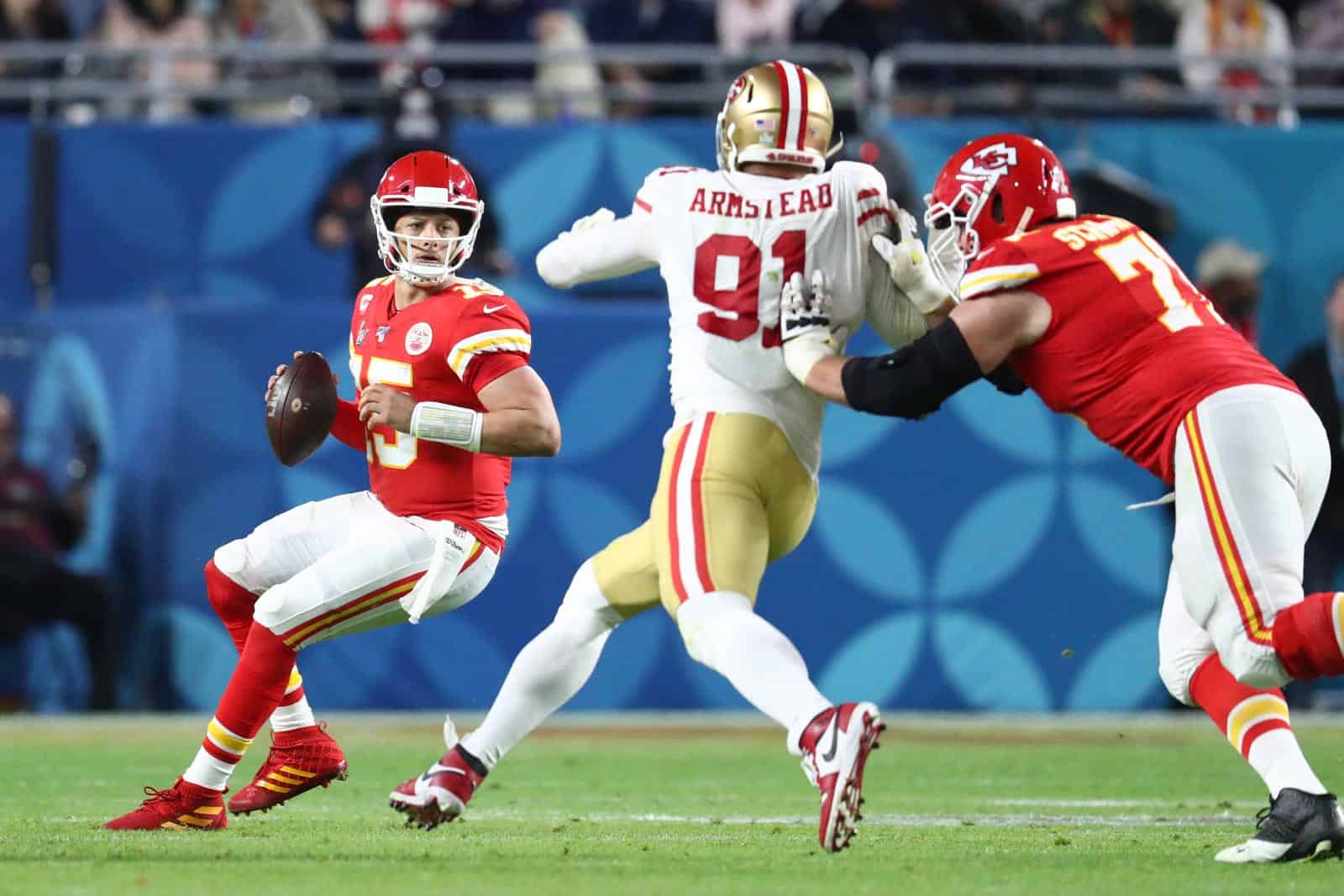 The NFL playoffs are likely to expand this season, and the league could move to a 17-game regular-season schedule beginning in 2021, according to a report by ESPN’s Adam Schefter.

Playoff expansion has been discussed for years, but appears to be very close to reality. A new proposed collective bargaining agreement includes that expansion and, per the report, could be finalized within the next week.

If finalized, the NFL playoffs would expand from six teams per conference to seven teams beginning with the 2020 season. The addition of one team would reduce the number of first round byes from two teams to one team per conference.

In that scenario, there would be six Wild Card Round games, with three scheduled for Saturday and three on Sunday.

Another issue that the league and players are discussing is the expansion of the regular-season schedule by one from 16 to 17 games. This would reduce the number of preseason games by one from four down to three.

Expansion of the NFL’s regular-season schedule has also been discussed for some time. This wouldn’t happen in time for the 2020 season, but could be done for 2021.

The 17th game would also be played out-of-market in order to keep the balance of eight home and eight away games for each team. This would include the International games played in London and Mexico City, but would also open up the option to play games where the NFL doesn’t have a franchise, such as Alabama.

Here’s more on the proposed NFL regular-season expansion from a CBS Sports piece from November 2019:

The proposal includes Week 1 still beginning after Labor Day, and the Super Bowl concluding the final Sunday of February (which could be bad news for The Oscars). It would allow the NFL to have playoff games on air throughout the month of February — critical sweeps weeks for its broadcast partners — and would include two byes for each team.

The additional game for each club would be played out-of-market, the sources said, with a heavy emphasis on key international locales like the United Kingdom (London and Ireland, in particular), Germany, Mexico and Brazil. It also opens the possibility of a full eight-game regular season schedule of games in London – something commissioner Roger Goodell is very supportive of — with fans there able to buy a “season ticket,” which would include at least two Jaguars games.

The NFL has also talked internally about playing games in other cities in the U.S. which do not have pro teams, with some buzz about playing a game at Notre Dame or Alabama, as well as Hawaii and cities in Canada. It is viewed as a unique and profound way to grow the game globally and extend the reach of sales, merchandising and broadcast rights around the globe, with there only so much more room for growth within America.

Although not finalized, it’s good to see that the NFL will likely continue to begin their regular-season schedule after Labor Day weekend. Had they started Labor Day weekend, that would have pushed future college football games off of Sunday and Monday (Labor Day).

The NFL likes to start after Labor Day because that gets the Super Bowl onto the first Sunday in February and therefore allows them to claim another month of action.

True, but with an extra game and extra off week they will be way into February.

There should be a 16-team playoff to eliminate the first-round bye completely (and give all playoff teams an equal chance on paper to reach the Super Bowl), and because I want the NFL to utilize the reverse mirror in the next TV contract to distribute additional CBS and Fox Sunday games to markets via CBS Sports Network and Fox Sports 1, respectively.

For the playoffs, the reverse mirror would be utilized on the early slots of first-round weekend. CBS and Fox would alternate having their 1 PM reverse mirrors on Saturday and Sunday every year.

However I also propose the seeding system change to rank the eight playoff teams in each conference regardless of how they placed in their divisions, and if a conference has 3 West Division teams in the top 4, the applicable network would be given permission to move their reverse mirror slot to the late afternoon (unless one of the AFC West teams in question is Kansas City, which is in the Central Time Zone and can play in any time slot).

Several thoughts on this set of proposals.

1. One extra game and one extra bye week makes the Super Bowl on the third weekend of February, President’s day would be the Monday hangover holiday. I like that. Tough break for the Daytona 500 which would probably move a week earlier.

2. The less Preseason game would be great, I actually hope they get rid of two or all of them.

3. I hope they use the extra bye week around the Thursday night games, many colleges do this. Have a 10 days off before a Thursday and 9 days afterwards. Hopefully that makes for better games.

4. Not sure I like all the travel games, although it might grow on me. When would the ones in the US be played?

5. I am missing the big deal of the 2 extra wild card games, I guess it gives another network a game each day but I kind of like that the playoffs are somewhat special and a team with a winning record is not necessarily a playoff team.

6. I hope they fix what a legal tackle is and what a catch is. It got a little better last year but work to do.

7. Last fix the contract length, cap space, franchise player mess. The average fan should easily know of much ability there team has to sign players.

Good innovations to expand the seasons to ahead of 2021. But this change is too poor, compared to the 40 teams purposal in some months ago.
It would be better to create another division for each conference. Being that every season will be qualified to the post season, 2 teams for all divisions. Added more 4 weeks on the regular season (1 month more to play), it will results on 20 weeks + 1 bye week.
And create 2 rounds on the wild card (switching sides with the 2 best campaigns on the 2nd wildcard round. Obviously
the current playoff model would be maintained in my opinion. To create another bye with a 3rd, 4th or 5th best campaigns to be moved in the divisional round.)

Isn’t crazy so far to understand. Maybe some people can reach my thoughts about this subject.

The expansion of the playoffs is long overdue. In my opinion, they should have expanded the playoffs to 14 teams once the Houston Texans started playing in 2002.

As far as playing 17 games in the regular season goes, I am not a fan of that. What I would suggest as an alternative would be to maintain the 16 game regular season schedule with two bye weeks per team.

Every team would be scheduled to play the first & last three weeks of the regular season or first two weeks & last four weeks (18 week regular season schedule). The first bye week for each team would come between Weeks 4-9 or 3-8 with the second bye week coming between Weeks 10-15 or 9-14. In eight of those twelve weeks, six teams would have to be on a bye & four teams would be on a bye in the other four weeks. Doing the calculation, there would still be 256 games in the regular season with an 18th week added.

This fits TV better than cramming 6 playoff games into 1 weekend. It mediates the impact of mediocre division winners hosting playoff games. And it prevents the absurdity of a 14-win #2 team playing an 8-loss #7 team in the wild-card round.

NFL should have the same type of schedule as the CFL. 2 ex games and 18 regular season games with 2 or 3 bye weeks in the schedule.