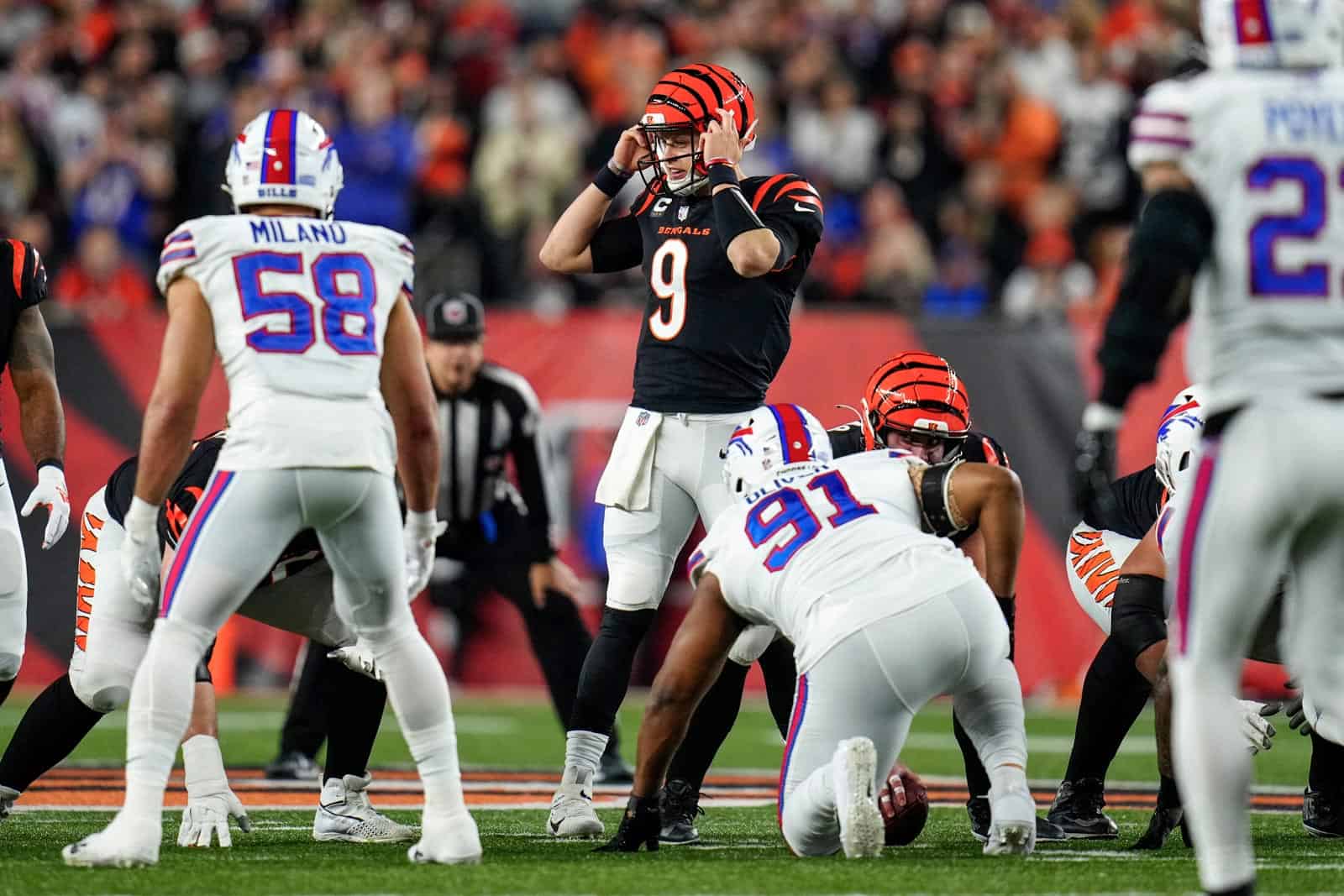 The Week 17 Buffalo Bills at Cincinnati Bengals game will not be resumed and has been canceled, the NFL announced Thursday evening.

“This has been a very difficult week,” NFL commissioner Roger Goodell said. “We continue to focus on the recovery of Damar Hamlin and are encouraged by the improvements in his condition as well as the tremendous outpouring of support and care for Damar and his family from across the country.  We are also incredibly appreciative of the amazing work of the medical personnel and commend each and every one of them.”

The Bills-Bengals contest on Monday night was postponed after Bills safety Damar Hamlin suffered a cardiac arrest following a play. CPR was administered to Hamlin on the field before he was transported to University of Cincinnati Medical Center where he remains listed in critical condition.

Earlier on Thursday, doctors said that Hamlin has shown “substantial improvement,” including communicating with them by writing and moving his hands and feet.

In the release, the NFL stated that the Bills-Bengals game was canceled because the game would have “…no effect on which clubs qualify for the postseason.” Moreover, rescheduling the game would “…require postponing the start of the playoffs for one week, thereby affecting all 14 clubs that qualify for postseason play.”

The cancellation of the game does have an effect on playoff seeding, however. Below is more information on that and the potential scenarios from the NFL release:

1. The AFC Championship Game will be played at a neutral site if the participating teams played an unequal number of games and both could have been the number one seed and hosted the game had all AFC clubs played a full 17-game regular season. Those circumstances involve Buffalo or Cincinnati qualifying for the game as a road team and are listed below:

Buffalo and Kansas City both win or both tie – a Buffalo vs Kansas City championship game would be at a neutral site.

Buffalo and Kansas City both lose and Baltimore wins or ties – a Buffalo vs Kansas City championship game would be at a neutral site.

2. If Baltimore defeats Cincinnati in Week 18 it will have defeated Cincinnati, a divisional opponent, twice but will not be able to host a playoff game because Cincinnati will have a higher winning percentage for a 16-game schedule than Baltimore will for a 17-game schedule.

Who gets the bye?

They should have continued the game. The player was under emergency care and nothing the other players did would make any difference. What if our troops in combat all stood around crying and holding hands after one of them was wounded in combat? Athletes are spoiled overpaid narcissists.