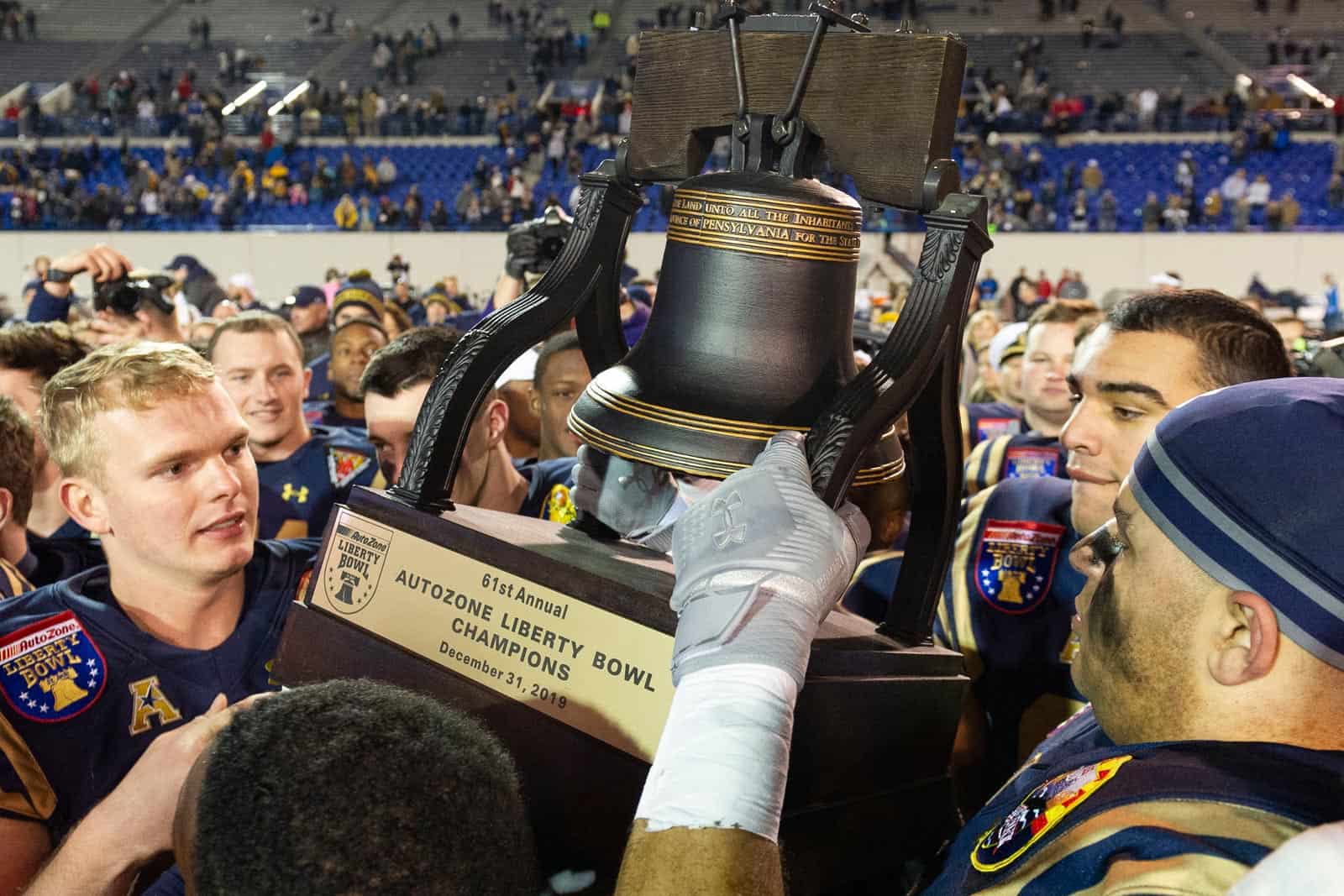 The college football bowl schedule on New Year’s Eve kicks off at noon ET on ESPN with the Lockheed Martin Armed Forces Bowl at Amon G. Carter Stadium in Fort Worth, Texas. The contest features the 24th-ranked Tulsa Golden Hurricane of the American taking on the Mississippi State Bulldogs of the SEC.

At 2:00pm ET on CBS, the Offerpad Arizona Bowl at Arizona Stadium in Tucson, Ariz., kicks off. The Ball State Cardinals from the MAC take on the 22nd-ranked San Jose State Spartans of the Mountain West in that contest.

The third and final New Year’s Eve bowl game is the AutoZone Liberty Bowl at Liberty Bowl Memorial Stadium in Memphis, Tenn. The game, which kicks off at 4:00pm ET on ESPN, features the West Virginia Mountaineers of the Big 12 Conference against the Army Black Knights.

New Year’s Eve was scheduled to culminate with the Mercari Texas Bowl, but the game was canceled due to COVID-19 issues. The contest was set to feature the Arkansas Razorbacks of the SEC against the TCU Horned Frogs, who represent the Big 12.