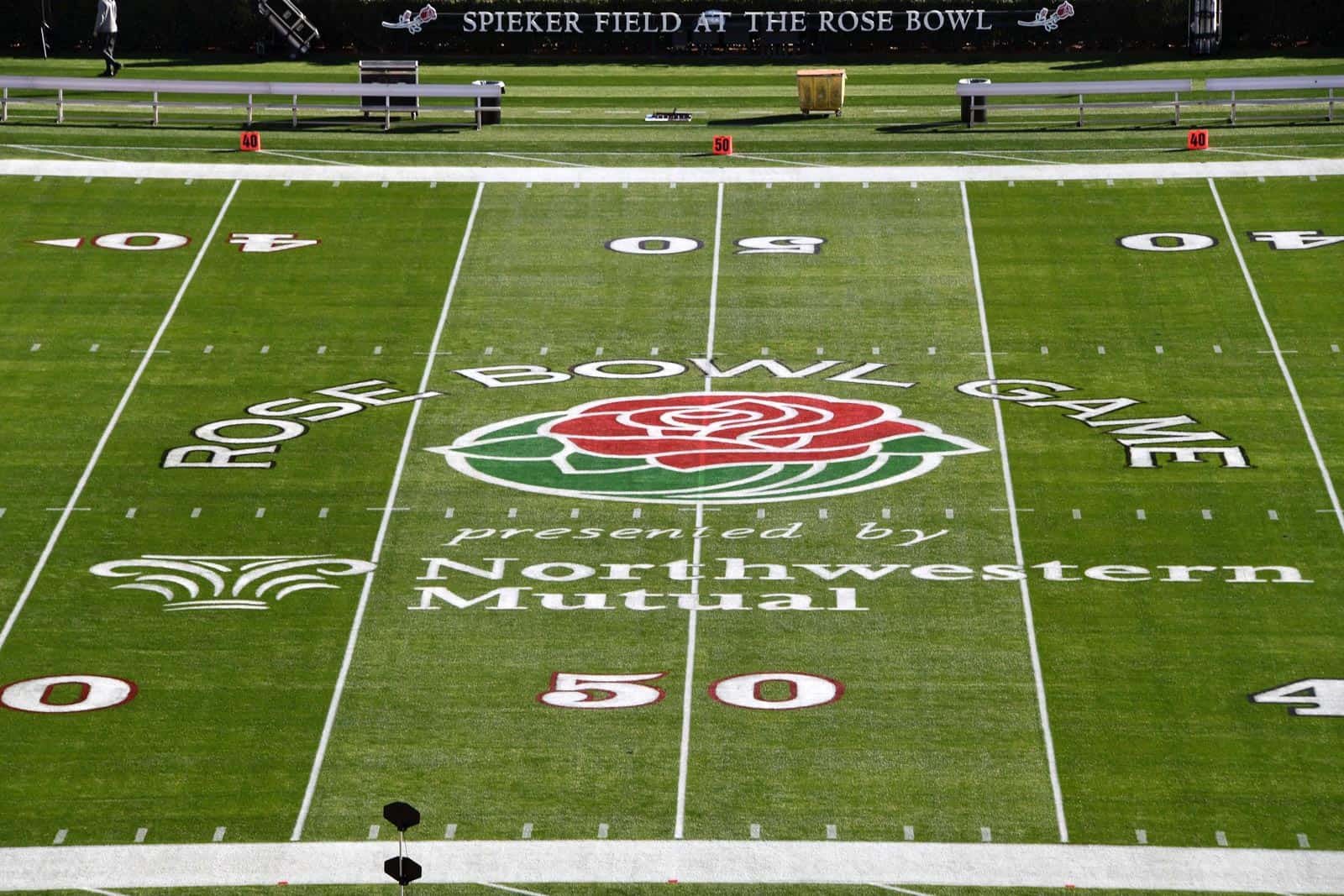 The College Football Playoff Semifinals were played on Saturday, Dec. 28, 2019. No. 1 LSU defeated No. 4 Oklahoma, while No. 3 Clemson topped No. 2 Ohio State.

The college football bowl schedule on New Year’s Day kicks off at 1:00pm ET with two games. 18th-ranked Minnesota takes on 12th-ranked Auburn in the Outback Bowl at Raymond James Stadium in Tampa, Fla., while 14th-ranked Michigan battles 13th-ranked Alabama in the Vrbo Citrus Bowl at Camping World Stadium in Orlando, Fla. The games will be televised by ESPN and ABC, respectively.

Since it’s not a College Football Playoff Semifinal again this season, the Rose Bowl Game features a traditional Big Ten-Pac-12 matchup. The sixth-ranked Oregon Ducks and the eighth-ranked Wisconsin Badgers face off at Rose Bowl Stadium in Pasadena, Calif., and the game will start at 5:00pm ET on ESPN.

The fourth and final New Year’s Day bowl game is the Allstate Sugar Bowl at Mercedes-Benz Stadium in New Orleans, La. The 5th-ranked Georgia Bulldogs square off with the seventh-ranked Baylor Bears in that contest at 8:45pm ET on ESPN.

The 2019 college football season comes to a conclusion on Monday, Jan. 13, 2020, with the College Football Playoff National Championship. LSU will take on Clemson at Mercedes-Benz Superdome in New Orleans, La., and it will be televised by ESPN at 8:00pm ET.