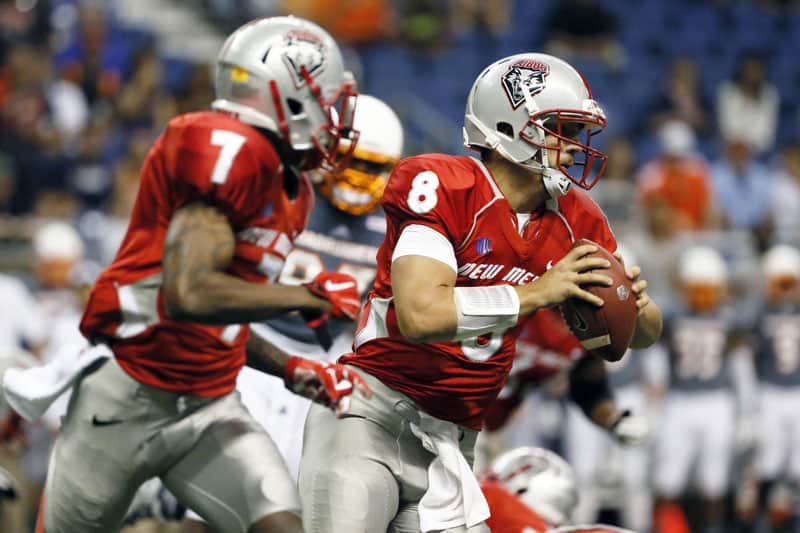 “We’ve worked hard to create a balance with our upcoming schedules, taking into account competitive balance, recruiting benefits, television exposure and financial elements,” said UNM Chief Operating Officer Tim Cass.  “We still have some work to do for 2018 and beyond, but we feel pretty good about where we sit for the next few seasons, and we are excited about having seven home games next year.”

New Mexico will travel to face Rutgers at High Point Solutions Stadium in Piscataway, NJ on Sept. 17, 2016. The Lobos will receive a $950,000 guarantee for playing the game.

Two years later, the Lobos are scheduled to visit Wisconsin at Camp Randall Stadium in Madison. The game is set for Sept. 8, 2018 and New Mexico will receive a $1.2 million guarantee.

New Mexico has scheduled a home-and-home football series with the ULM Warhawks beginning in 2016. New Mexico will host ULM at University Stadium in Albuquerque on Oct. 22, 2016 and will travel to face the Warhawks at Malone Stadium in Monroe on Sept. 7, 2019.

Today’s schedule additions completes the non-conference schedule for the Lobos through the 2017 season. UNM needs one more game in 2018 and two in both the 2019 and 2020 seasons.

Why were the Lobos unable to schedule the two Montana schools or Northern Colorado from the Big Sky? Price too high?

because those are fcs schools

North Dakota State needs a FBS opponent for 2015. The Bison have a 9/26 opening. Or is everyone afraid to play the Bison? Even if it is a home game.

NDSU can only play 11 games next year, but they could postpone their road game against Montana opening weekend for someone.

Air Force is in the same conference

Incarnate Word? Aren’t they in the same conference as the United Sisters of the Poor? What are we talking about here? I’ve heard of scheduling patsy’s but Incarnate Word – riduculous!!