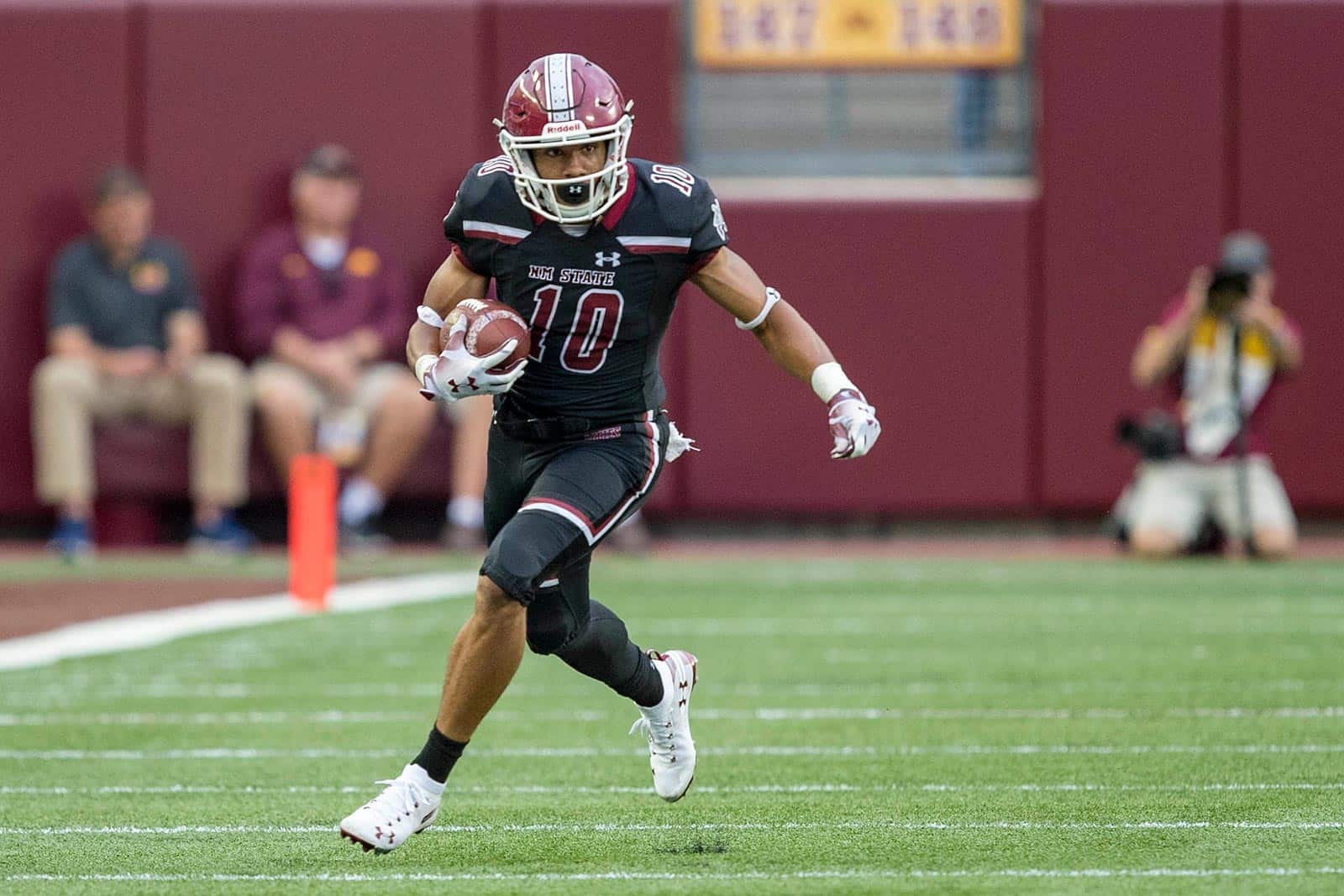 The New Mexico State Aggies have added games against the Kentucky Wildcats and the Hawaii Rainbow Warriors to their future football schedules, FBSchedules.com has learned.

Copies of contracts for games against Kentucky and Hawaii were obtained from New Mexico State University via a state public records request.

New Mexico State and Kentucky will play a single-game at Kroger Field in Lexington on Nov. 20, 2021. The Wildcats will pay the Aggies a $1.2 million guarantee for the game, according to a copy of the contract.

New Mexico State, which competes as an FBS Independent,  now has 10 games scheduled for the 2021 season. The Aggies will play Kentucky the week after they play Alabama in Tuscaloosa (Nov. 13).

Kentucky is scheduled to open the 2021 season at home against ULM on Aug. 31. The Wildcats are also slated to host Chattanooga (date TBA; was Nov. 20) and Louisville on Nov. 27. A previously reported home contest against Akron in 2021 has been moved to a later season.

New Mexico State and Hawaii are currently scheduled to play a home-and-home series in 2020 in Honolulu and 2021 in Las Cruces. The two schools have added an additional series for 2023 and 2024.

In the first game of the series, New Mexico State will travel to face Hawaii at Aloha Stadium in Honolulu on Sept. 23, 2023. The Aggies will host the Rainbow Warriors the following season at Aggie Memorial Stadium in Las Cruces on Aug. 24, 2024 (Week Zero).

New Mexico State and Hawaii first met on the gridiron in 1978 and have played eight times overall. The Rainbow Warriors won the most recent matchup in 2011, 45-34, and currently lead the series with the Aggies 8-0.

The addition of Hawaii gives New Mexico State five scheduled games in 2023 and three games in 2024.

Hawaii is scheduled to open the 2023 season in Week Zero on Aug. 26 at Vanderbilt. The Rainbow Warriors are also scheduled to host UAlbany on Sept. 2 and travel to Oregon on Sept. 16, one week before hosting NMSU.

Holy crow…..will the Aggies even have a team by the time they play Bama??? I know they need the money but all these body bag games will destroy the program as far as home attendance go….I mean who wants to spend good money to see a team that is getting its ass handed to them each week with no real chance to win?

It’s like NMSU is just trying to hang in there until a possible future conference reshuffling happens and the Sun Belt or Mountain West will relent and let them in. It’s not a totally impossible strategy… just rather implausible for a few years? As to how they do home games… if they do 7 on the road, and 5 at home with one or two of the home games being against FCS, they have a decent chance to win at home.

I think all the G5 conferences are waiting to see what happens with the Big 12 in ’24-’25. I can see Conference USA splitting into two smaller regional conferences and bringing in some of the independents into those conferences. If NMSU can make it till then, hopefully they can make it into a conference.

2023 looks like it is still open for a conference entry. But frankly there is not likely to be any movement until 2025 when Oklahoma moves, setting off a chain reaction. Realistically NMSU has to survive until that date, unless a school gives up Football in FBS before that opening a spot.